10 Shows to see at QPAC this Winter

Winter is usually a time for staying indoors with a hot chocolate and furry blanket but this winter, why not venture to QPAC to be entertained with a range of live performances. From theatre to dance to music, there is always something to suit everyoneâ€™s taste.

This is The Creative Issueâ€™s guide to QPAC shows this winter:

The Barber of Seville
To celebrate its 200th anniversary, The Barber of Seville will be shown at the Playhouse from July 9th to the 23rd and will feature Queensland artists including Brett Carter, Andrew Collins, Virgillo Marino, Shauan Brown, Emily Burke, David Hibbard. The lead role will be shared up upcoming OperaQ stars Minoque Latemore and Katie Stenzel. The Barber of Seville incorporates comedy, music and theatre to create a hilarious Spanish love story.
Dates: 9th July â€“ 23rd July
Tickets: $25 – $155
Length: 2 hours and 50 minutes

We Will Rock You
Rock out all through July and August as an outstanding cast perform worldwide smash hits. Enjoy numbers like We are the Champions, Crazy Little Thing Called Love, Bohemian Rhapsody and many more at the Lyric Theatre this winter.
Dates: From July 10th
Tickets: $59.90 – $139.90
Length: 2 hours and 45 minutes

Queensland Balletâ€™s Lest We Forget
Lest We Forget features three of the best choreographers working today to provide a reflective look at how war can intensify feelings of love, passion and commitment. Paul Taylorâ€™s â€˜Company Bâ€™ explores the war era though songs of the Andrew Sisters, while Ma Congâ€™s â€˜In the Best Momentsâ€™ is a mesmerising performance about relationships inspired by The Hours Suite by Phillip Glass. And finally, Natalie Weirâ€™s â€˜Who We Are Leftâ€™ touches on themes of loss, fear, bravery, pride and separation which was inspired by poetry written during WW1.

Australian Brandenbug Orchestra: Blazing Baroque
The Australian Brandenburg Orchestra will provide two sensational hours of instrumental music, just as Telemann, Vivaldi, Sammartini and Fasch did in their time. Pieces of baroque brilliance have been chosen by Artistic Director, Paul Dyer to provide an engaging and challenging exploration of a period of music that changed and thrilled the world.
Date: 8th August
Tickets: $57 – $97
Length: 2 hours 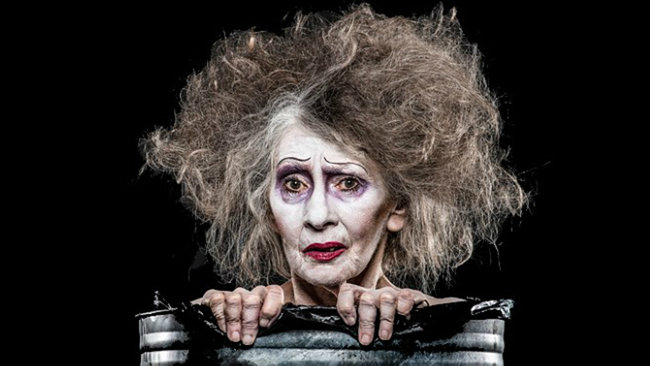 Endgame
Shake and Stir team up with QPAC to present a heartbreaking amusing tale of lives lived, hated and lost; hoping for answers in a world without hope. Four lost souls, Hamm, Clov, Nagg and Nell contemplate the inevitable and reflect on their lifeâ€™s journey, trying to find meaning in a meaningless world. This dark comedy will have you in stitches while also considering the possibilities about what happens when the curtains close.
Dates: 9th August â€“ 20th August
Tickets: $60
Length: 1 hour and 20 minutes

Tango Fire
Tango Fire provides and exhilarating experience as it explores and demonstrates the seductive and sultry side of tango. Accompanied with music from tango legends such as Piazzolla, Pugliese and Gardel, Tango Fire cannot be missed. The show has received rave reviews around the world resulting in its showing in prestigious venues touring the past 11 years and will be at the Lyric Theatre this August.
Dates: 23rd August â€“ 24th August
Tickets: $75 – $104
Length: 2 hours and 5 minutes

Shadowland
Audiences will be mesmerised by the unique fusion of shadow theatre, illusion and dancers, as the performers transform themselves into cars, buildings and faces. Shadowland is the first show to combine shadow theatre with dance and has inspired productions around the world. Shadowland follows the experiences of a young girl and her perception of the world as she comes of age, taking the audience through a funny and moving story.
Dates: 23rd August â€“ 28th August
Tickets: $89.90 – $98.90
Length: 1 hour and 20 minutes

Short + Sweet Delivers At The Powerhouse

THIS AUGUST CELEBRATE 25 YEARS OF FASHION AT THE EKKA