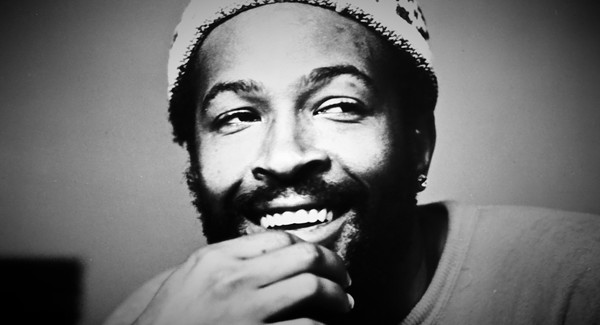 As both an avid music lover and ultimate wingwomen, Iâ€™ve assembled a bunch of songs that will help you woo that special somebody. Whether itâ€™s love at first sight or a romantic night on the Fridayâ€™s dance floor, these tunes will turn any sad situation into a sexy one.

1. The Bambooâ€™s â€“ The Wilhelm Scream

The Bambooâ€™s performed this cover of James Blakeâ€™s song The Wilhelm Scream at Falls Festival last year and geeeeez, it was steamy. The combination of those sexy vocals and the jazz funk that the Bambooâ€™s are always packing make this song one of the sexiest tracks Iâ€™ve heard in the last couple of years.

I think itâ€™s safe to say that this song has resulted in a couple of children name after the man himself. I think the saxophone has a lot to do with it, and all the chat about New York and Grey Hound buses really turns up the heat.

I fell in love with this song after seeing Pulp Fiction for the first time. You know the scene, Mia Wallace (Uma Thurman) talking through her in-house intercom to Vince â€œgo make yourself a drink and Iâ€™ll be down in two shakes of a lambs tail.â€ Dusty Springfield proves there is definitely something to the unavailable man theory.

Elliot Smithâ€™s melancholy vocals and accompanying lyrics are the definition of nonchalant, and thereâ€™s not much sexier then not caring.

5. Father John Misty â€“ Only Son of the Ladiesman

Asides from being ridiculously good looking, J. Tillmanâ€™s vocals are so rugged and manly, itâ€™s hardly fair for the rest of the male population. Not to mention that he can write lyrics that are genuinely funny and witty, and dances better than Alex Owens (Flashdance).

I donâ€™t think I could reasonably pick my favourite sexy songs without including Frank Ocean. Now Iâ€™m not normally an R&B or pop person but Frank Ocean has taken a genre that normally churns out a lot of lyrics that include â€œbitchâ€ and â€œhoeâ€ and managed to express true emotion. Thinkin Bout You is the epitome of lust.

The first time I really listen to â€˜I need my girlâ€™ was on a Tuesday morning while I was in South America. I was lying in bed, really, really hungover and homesick. Itâ€™s a little melancholy, but Matt Berninger has such an incredible voice heâ€™s just sexy around the clock.

This song played in a scene from True Blood when Mr Bill Compton is receiving a umm lap dance from a prostitute named destiny. And boy, can they write a script over there at the True Blood studios. The breathy vocals of Mazzy Starâ€™s Hope Sandoval make this song truly sexy, regardless of my tinted memory of the song.

I saw Miles Kane perform live and he was wearing a tight red suit, and Iâ€™m about 99 per cent sure it was leather. That was really it for me; he was the sexiest man ever and the accompanying video clip ain’t bad either.

The master of soul and blues in the 1960â€™s, Otis Redding can write a sexy blues song in his sleep and ‘These Arms of Mine’ is no exception. One of my personal favourites, and possibly one of the sexiest songs ever written.

If you can sing like Marvin Gaye, you can probably get away with some of the one-liners in this song, like â€œif you believe in love then let’s get it onâ€. However, do not attempt this unless you possess the same cosmic sexuality as Mr. Gaye, because you will probably end up wearing a drink. The combination of Marvin Gayeâ€™s demanding lyrics and that distinctive â€˜baby making musicâ€™ make this song, undoubtedly the sexiest song ever.