Big Brother is watching you

George Orwell once wrote that â€œan idea is the only thing that can change the world.â€ The adapted production of his dystopian novel, â€˜1984,â€™ has unquestionable world-changing potential, even if only for five nights at QPACâ€™s Lyric Theatre.

Written in 1949, the novel follows its protagonist, Winston Smith (aka Comrade 6079), as he struggles with his identity and position in an oppressive society structured with invasive surveillance systems and strict regulations on individual thought. Winston, played by the brilliant Tom Conroy, opens the play by writing in a diary and committing thought crime, punishable by death. Throughout the performance he hears voices, experiences minor blackouts from reality, replays conversations and questions the past, setting an uncanny tone for the production. These abstract movements and surreal sequences keep the audience engaged and their minds alert, particularly in dialogue-heavy scenes. 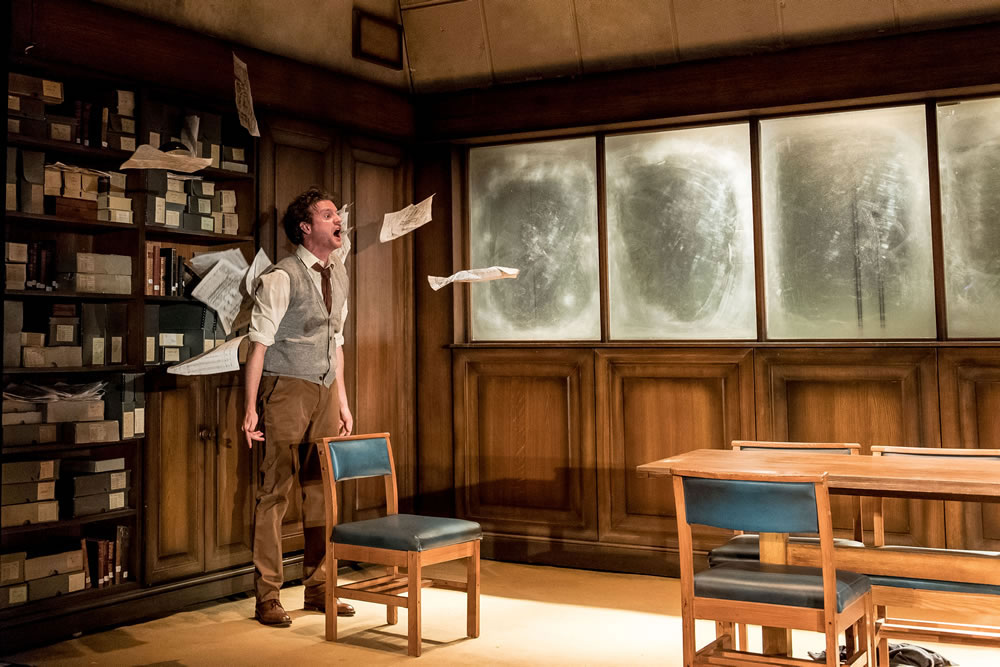 It is no surprise that the script is the main focus, as Orwellâ€™s novel included several significant themes and messages, the most memorable phrase being his â€œBig Brother is always watching.â€  This is the quote that led both readers of the book and audiences of the play into stating that â€˜1984â€™ was once a vision of the future and is now an accurate reflection of the present. The main similarity between Big Brotherâ€™s nation and modern society is the concept that organisations are monitoring humanityâ€™s every movement, specifically when it comes to online activity. Rather than using our actions to pressure us into the drastic conditions of conformity, as is the case in â€˜1984â€™, we only receive tailored news feeds on our social media profiles, with personally-targeted adverts dominating our screens.

Another major theme within the production revolves around the uncertainty of truth, as the past is manipulated and facts are fudged. Inner Party member Oâ€™Brien, played by Terence Crawford, suggests that he can alter reality through words alone, forcing comrades into believing that two plus two is five. The most compelling scene occurs when Winston argues against this logic, insisting that two plus two is actually four. In this section, the stage is transformed into three blindingly white walls, sterile lighting contrasting against the deep red blood coating Conroyâ€™s fingers and oozing from his mouth as he is violently tortured. This agonising torture scene emphasises the darkest aspects of humanity, in any decade; The audience watched on in a deathly silence. 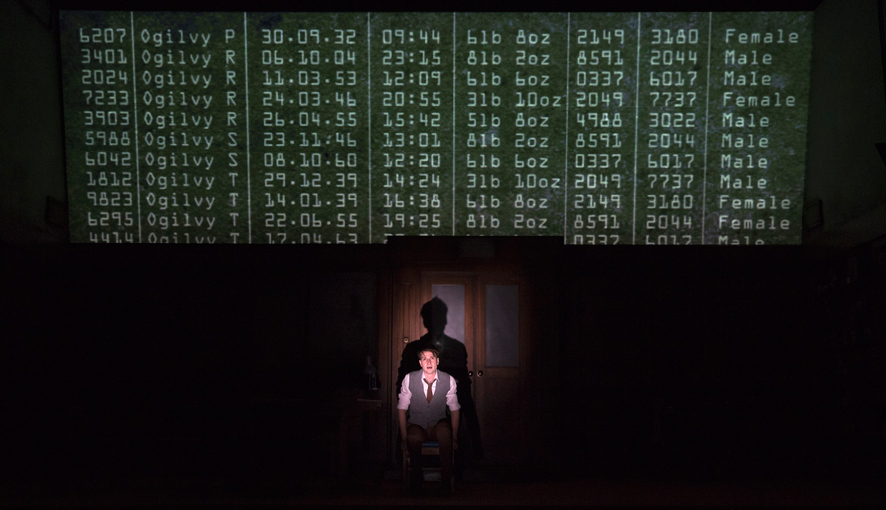 Conroyâ€™s performance is beyond powerful, as the emotional energy he pours into his characterâ€™s suffering is draining even to the eyes. Itâ€™s hard to imagine he could repeat such a harrowing and stirring performance so many nights in a row, but then again, itâ€™s hard to imagine anything else when youâ€™re captivated by a storyline as engaging as Orwellâ€™s. Considering Winstonâ€™s main concern is of society forgetting past events and focusing only on the present, itâ€™s a touch ironic that all past or future anxieties are disregarded when entering the theatre and being immersed in this alternate universe.

While the torture scene was chilling, a string of eeriness was threaded throughout the entire production. Goosebumps crawled up my arms on a number of occasions, as sudden thumps made the crowd jump and bursts of loud static accompanied by flashes of white light shocked me to attention. At one point, Winstonâ€™s lover, portrayed by the bewitching Ursula Mills, appears in a grimy window in the brief flash of a torchlight, disappearing in another stroke of light just a second later. 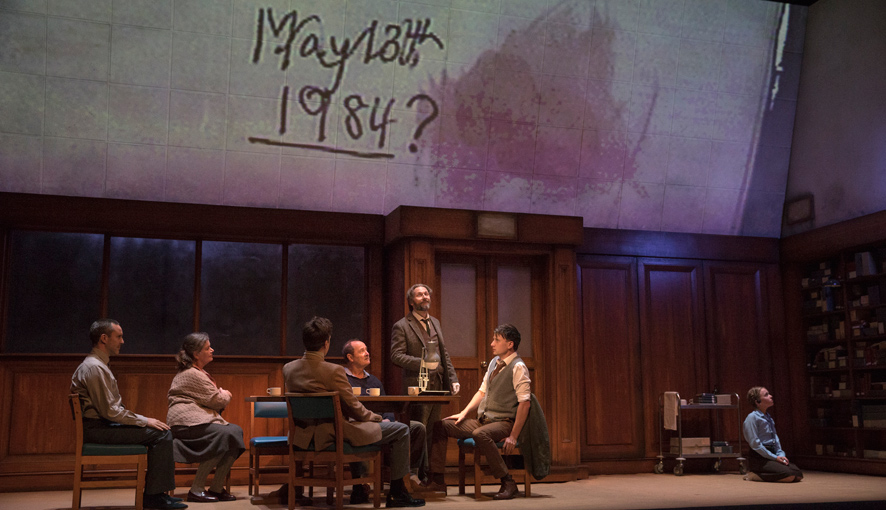 An important message reiterated throughout the stirring performance was that â€œsanity is not a statistic.â€ If you believe in your own truth, then despite the number of people revolting against you or cheering for your imminent murder in a â€˜hateâ€™ session, you will remain sane. These five words are a symbol of self-empowerment underlying â€˜1984,â€™ a play that encapsulates themes of love, reality and fear- truly cataclysmic fear.

If you think the fourth wall will protect you from this gripping, visceral terror, sanity is not on your side, as â€˜1984â€™ is a production to be experienced rather than admired. Don’t forget: Big Brother is watching you.

For The Love of Film: The Minds Behind Adam’s Crossing

Spilt Milk Festival Sells out in Under 20 minutes