Looking for something different to watch? Here’s a few forgotten greats.
The 1990s were a great time for film, fashion, and music, but some of those great moments have been forgotten. This list details four forgotten film gems from the 1990s and where you can watch these movies.

Frankie & Johnny (1991): Directed by Garry Marshall, this film stars Al Pacino and Michelle Pfeiffer in the titular roles. Frankie is reluctant to begin a relationship with Johnny because she has been hurt, physically and emotionally, in the past. Johnny wants to cure his loneliness, and believes that he and Frankie are meant to be. This film is available on Amazon Prime Video.

A Bronx Tale (1993): In Robert De Niro’s directorial debut, this film follows Calogero, a young boy learning to make his way in a world of Italian-American gangsters, his racist neighbourhood, and how they affect the girl he has fallen in love with. This film is available on Amazon Prime Video. 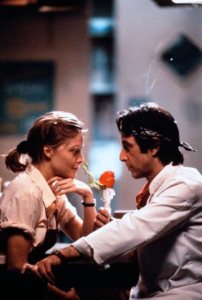 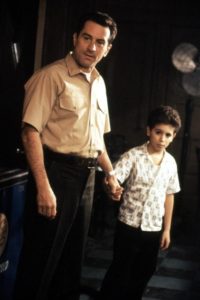 That Night (1992): This film stars Eliza Dushku and Katherine Heigl in their debut film roles, alongside Juliette Lewis. Eliza plays Alice, a little girl, who is fascinated with her older next-door neighbour, Sheryl. Sheryl falls in love with a boy from the wrong side of the tracks and Alice helps to hide their relationship from Sheryl’s mother. This film is available on Amazon Prime Video.

Now and Then (1995): Set in the summer of 1970, four young girlfriends battle puberty, boys, loss and grief, their relationships with their parents, and prioritising their friendships. As a female version of Stand By Me (1986), this film was directed by Lesli Linka Glatter, and stars Demi Moore, Rosie O’Donnell, Rita Wilson, Melanie Griffith, and Christina Ricci. This film is available on Netflix. 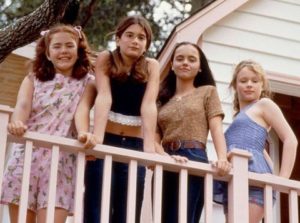 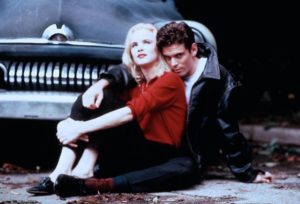 These films are poignant, heart-breaking, funny, and true examples of great filmmaking. I hope you enjoy!