Suffragette is an important film for audiences of today as it provides a history of sexism that we like to think can still be accredited to a different setting and different mindset.

Carey Mulligan stars as working class Maud Watts, who finds herself entangled in the Suffragette movement in 1912. At first she is reluctant to participate due to the shame and recklessness often associated with its members. However after experiencing abuse at the hands of the law and being thrown out by her husband (Ben Whishaw) and forbidden to see her son, Maud emerges as a leader for its cause. A leader who envisioned a better world. A foot soldier heavily pursued by a brutal government.

Behind Mulligan was a great support cast of empowering women such as Helena Bonham Carter, Anne Marie Duff and Meryl Streep who brought life, humility and quirkiness to their period counterparts. 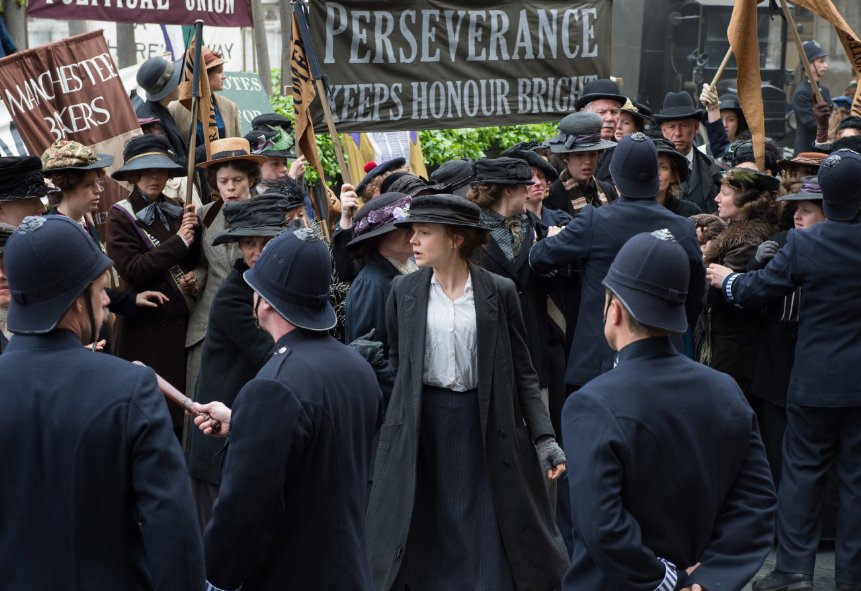 After radicalising from peaceful protesters, the film used violence from both sides. Rather than gaining anything, this demonstrated how it was a dysfunctional means of communication. Why does everything need ‘death’ to earn justification?

Released at what is a pivotal time in todayâ€™s cultural shifting practices, Suffragette commented on â€˜equalityâ€™. Australia was the second country in the world to have the vote for women. Shouldnâ€™t it continue to be a leading example of acceptance for all?

Suffragette questioned its audiences, questioned the past, and questioned the government and thereby throwing social and political issues at you. It forced you to participate rather than merely enjoy a choc top.

Director Sarah Gavron (Brick Lane, 2007), known for bringing stories of pivotal women to the screen, blossoms. Teaming up with screenwriter Abi Morgan once more, Gavronâ€™s message is clear in her work and her characters. Each stood by their motto to â€˜face the oddsâ€™.

We live in an age of technological discovery, advanced societies and for the most part â€“ privilege, yet we still fight the same fights with poverty, racism and opportunity. Sadly, women are still defined by men, in some form. Â Suffragette should not be glossed over as only an honest and captivating sequence of past events – it should be honoured and so should the source figures for their fights and sacrifices.

Suffragette will be released in Australian cinemas Boxing Day 2015.

Be Challenged by The Mad and Ugly Show