Pop punk is not dead and the proof lies in Sydneyâ€™s emerging talent, With Confidence.

Australiaâ€™s pop-punk scene has seen a rise and fall within the last decade – a genre that was once most prevalent on mainstream radio was no longer of interest, until now. With musos to the likes of The Veronicas and Kisschasy stepping down from the platform, new wave pop-punk bands have started their climb to the top.

Pop-punk has evolved from mainstream pop-focused chord progressions and tempos. to a more alternative punk based sound that amplifies its use of drums, guitar and bass, and encompasses the all over punk attitude that we all know and love. Australia has delivered a number of pop-punk bands who fit under this category such as, Columbus, Trophy Eyes, Tonight Alive and now, With Confidence.

Since their formation in 2012, With Confidence have worked hard to build their fan base. Theyâ€™ve committed to posting cover videos regularly on YouTube and have also written and released two EPâ€™S â€“ Youth (2013) and Distance (2015). In their musical quest, the group has supported well known international acts such as You Me At Six, Kids In Glass Houses, Marianas Trench, and Real Friends, and have just wrapped up their Australian tour with fellow pop punk legends, Neck Deep and State Champs.

The group of four have made Aussie pop punk fans very proud with their recent achievements; what started as a drunken idea led to jam sessions in a shed, which eventually led to a few EPâ€™s, some tours, and now a record deal with Hopeless Records. Hopeless Records have worked with some of the biggest names in the industry, such as Yellowcard, The Used, Silverstein and All Time Low; so itâ€™s pretty cool to see some familiar faces playing with the big boys

When asked about their record deal, the boys said, â€œit was surreal, it was like, our favourite label calling us and just being like, â€˜hey, weâ€™ve been watching you guysâ€™.Â It was cool cause it was super exciting for us and also, they were really excited to be talking to us. They had a whole room of people there just to meet us. Not long after they were like, “we want to offer you a contract,” â€“ our brains melted.â€ 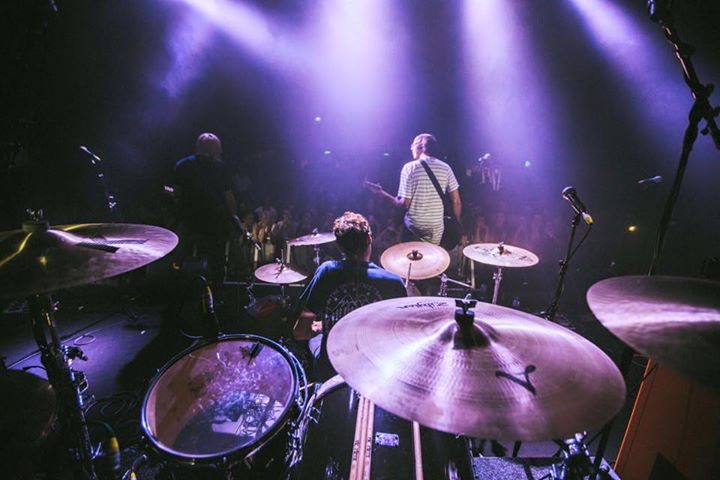 The band claims the writing process of their tracks comes naturally to them, they say that â€œa lot of it starts automatically, just at practiceâ€¦ we just start jamming and someone starts playing a little riff and we all just fly with it. And [we] like that the most cause itâ€™s like, super creative and everyone just bounces off each otherâ€. The boys have said that their music is influenced by Blink 182, Kings of Leon, The Wonder Years and Mayday Parade; their sound has the ability to take you back to the days when labelling yourself as a punk kid was the edgiest and coolest thing to exist, a time that none of us can deny was some of our best years.

Thereâ€™s no doubt that the bandâ€™s appeal comes from their passion and dedication to their work, but also from their use of the genreâ€™s distinctive characteristics – lyrical themes, catchy hooks, fast tempos, clean and strained vocal techniques and just an all-over good vibe – itâ€™s music that is easy to listen (and dance) to. Their music shows that theyâ€™re just a bunch of dudes having fun and loving what they do, and doing it well.

In spite of their achievements, the boys remain humble and continue to question their musical abilities, theyâ€™ve said, â€œweâ€™ve always second guessed everything, weâ€™re like, â€˜is our music good?â€™, especially when we started. You know, itâ€™s only you, and of course you like it cause, you know, youâ€™re not going to write stuff you donâ€™t like. So weâ€™re like, â€˜is this good?â€™â€ And to answer their question – yes, their music is good.

With all the hype leading up to their record deal and the release of their new music video, the boys have revealed there will be no rest for them, and their debut album should be making an appearance later this year; or at the very least, theyâ€™ll release a new single. Theyâ€™ve already achieved so much in these first few weeks of 2016, but it seems like things are only going to get better for the With Confidence boys.