‘The Big Short’ is a film that takes you on a comical and hilarious yet also shocking journey of the US economy, depicting the life of Wall Street marketers and the lead up to the Global Financial Crisis in 2008.

The film tells the story of four men who made a fortune wagering against the US Economy. In 2005, the housing market was booming but the foursome were able to see what no one else could: it was a ticking time bomb ready to explode!

Director Adam McKay has adapted this novel of the same name, written by MichaelÂ Lewis in 2010 into a star-studded comedy-drama that portrays the GFC which lead toÂ the exploding housing market and followed the emerging credit bubble as subprime mortgage bonds collapse. He provides an exceptional explanationÂ which can be understood by the everyday layman. 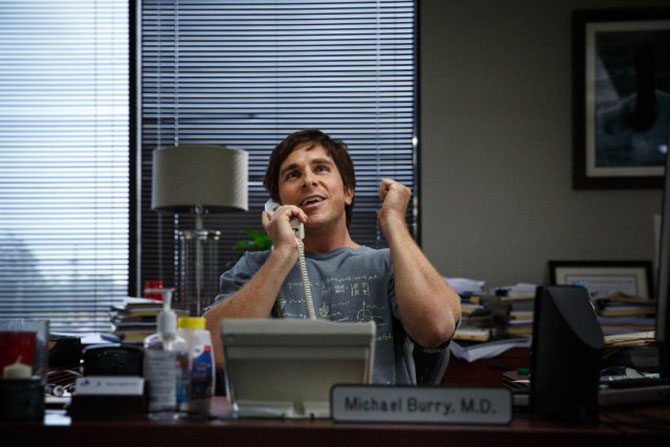 The film follows death-metal loving and number wizard hedge fund managerÂ ‘Michael Burry’ (Christian Bale), who is the first to notice the upcoming crash and invests millions against the market. He even goes against his boss, ‘Lawrence Fields’Â (Tracy Letts), who declares him a mad fool, driving the fund to ruin.

Next on screen you see the Deutsche Bankâ€™s cynical bond salesman ‘Jared Vennett’ (Ryan Gosling), who has a tact for profits. Hearing of Burryâ€™s plan he decides to take action and brings perfectionistic hedge fund manager ‘Mark Baum’ (Steve Carell) and his team on board to attain financial support for his deal.

Then there are the two young and inexperienced investors ‘Charlie Geller’ (John Magaro) and ‘Jamie Shipley’ (Finn Wittrock), who attain help from retired Wall Street dropout ‘Ben Rickert’ (Brad Pitt) to implement their own high-risk deal.

It is through the eyes of these pundits; those interested in the banking failure, that we as the audience understand how the crisis is unfolding.

Director McKayÂ created an energetic screenplay, capturing the financial developments on Wall Street, swinging from executive suites and conference rooms to the busy streets of Manhattan and to bleak Florida subdivisions. This setting awards the movie with a fast-paced plot and makes the audience feel the high-energy vibe of Wall Street and the world of finance. 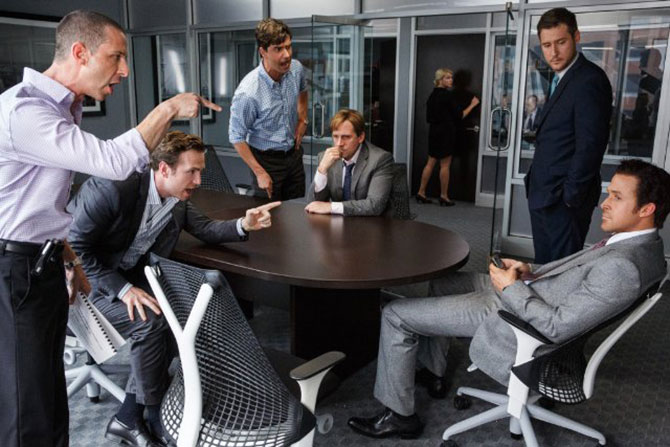 The great performances by Christian Bale, Ryan Gosling, Steve Carell and Brad Pitt grant the movie with superb acting for the roles, giving the movie itâ€™s pinch of ongoing jokes as well as deep cynicism of the banking systems.

Watching ‘The Big Short’ will get you agitated about the criminality of the world of finance. McKay delivers a cutting explanation of the global financial crisis, depicting the misery and pain that came with it which doesnâ€™t lead to a happy ending – even for those who made a profit.

The Big Short is now showing in cinemas.