A five-piece all girl punk band from Brisbane with a Daria reference in their band name â€“ need I say more?

They go by the name Being Jane Lane and they are definitely a band you want to know about. The group formed in 2013 and consists of Teigan (vocals), Lou (bass), Kayla (drums), Kate, and Phoebe (both guitar). The girls established themselves as a melodic punk band who pride themselves on music that is raw, relatable and filled with energy, whose drive simply comes down to a love for music.

The bandâ€™s quirk comes from the diversity amongst the girls, with each girlâ€™s musical journeyÂ varying from a history of being in high school bands, to making YouTube videos, to music lessons, to a love for pop-punk and live music, to stealing family memberâ€™s guitars.

Prior to Being Jane Lane, the girlâ€™s personal music preferences were a diverse range of ’90s rock, pop-punk and punk-rock. Initially, the band aimed to adopt a pop-punk vibe, but when vocalist Teigan joined the mix, she brought a Distillers sound with her. She said â€œif youâ€™re going to have me in a band, itâ€™s gonna changeâ€. The girls collaborated and eventually produced a fusion of pop-punk and ’90s punk-rock tunes. The girls say that itâ€™s who they are, individually, that makes the band what it is. With their diverse musical background, the girls prefer to agree on what they donâ€™t like, rather than what they do like and it definitely works for them.

Catering to such a wide palette of musical interests may seem difficult to the average person, but itâ€™s not as hard as it seems for the girls of Being Jane Lane. They say that their writing process is organic, and that it usually starts with Phoebe and Teigan coming up with a riff, and then the rest of the band contributing their own taste and talents. Of course, the process isnâ€™t always smooth, but the girls say that thereâ€™s no better feeling than when they â€˜get itâ€™. And that for them, that feeling is the reason for what they do. 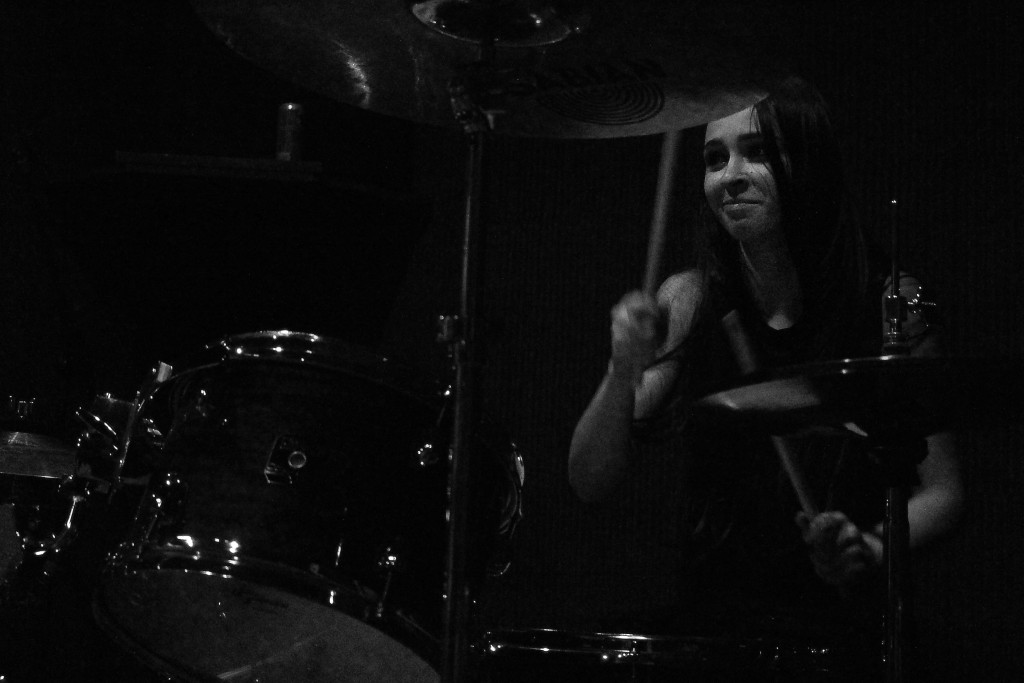 Girl power is also a crucial element to the all female line-up. Lou, guitarist and founder of Being Jane Lane, said that it was difficult finding a drummer for the band, since female drummers are so hard to come by. She said, â€œThere was a point where one of my friends I used to jam with was like â€œjust donâ€™t worry about it, just get a boy, who caresâ€, and I was like nope! It just pushed me even more to get this together.â€ And arenâ€™t we glad she found one? Itâ€™s not often you see a bunch of girls rockinâ€™ out and getting recognized for their talents, especially as an all girl punk group.
The girls have said that â€œit means a lot for us to go out as women – chicks getting out there and doing it is what itâ€™s all aboutâ€¦ People underestimate us. When they see us before shows they just think weâ€™re going to be really shit; they just have an assumption of us. After every show theyâ€™re like, â€œYou guys are really awesome!â€ â€“ theyâ€™re shocked. Itâ€™s always like, â€œWow! I didnâ€™t realise you were going to be good at allâ€.â€ The girls want to represent women all over and hopefully influence others to get out there. Although itâ€™s vital to the bandâ€™s identity, the girls can still have a laugh about it, saying, â€œIâ€™m surprised we can manage this many of us – you might understand why there arenâ€™t many girl bands when you get in a girl bandâ€. 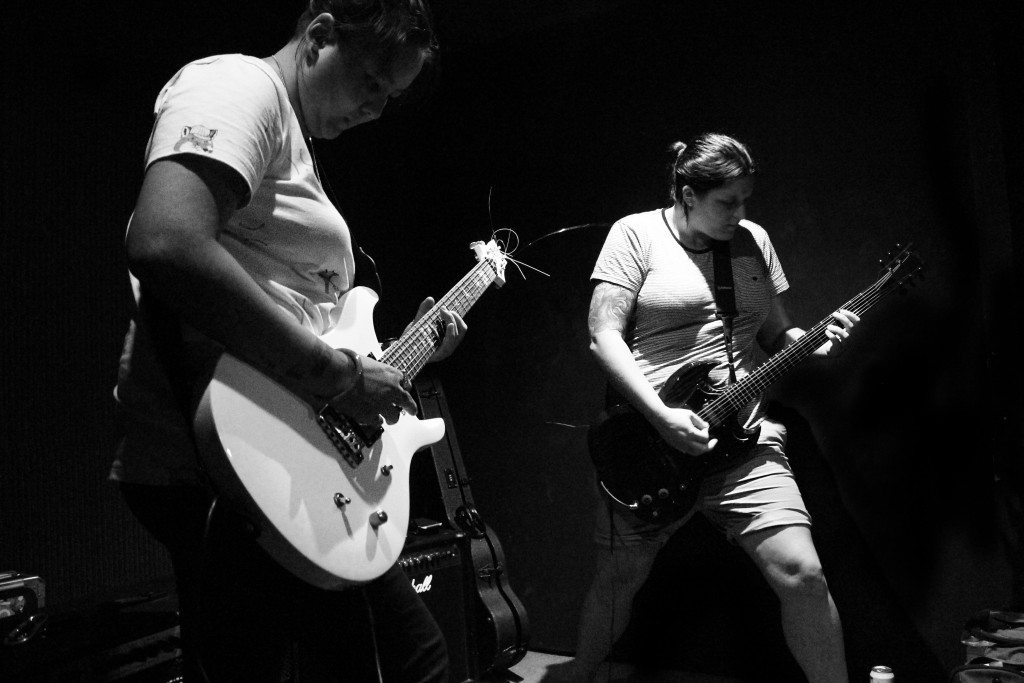 The gender issue may definitely be a result of the industry and industry standards, the girls feel like that is whatâ€™s wrong with music, that itâ€™s become an â€˜industryâ€™ and that itâ€™s at risk of lacking the authenticity that we all relate to or look for in music. This is particularly an issue in their chosen genre of punk/rock, where itâ€™s all about the attitude and unconventional means of musical expression.

â€œIt should just be free and everyone should just roll around in it like itâ€™s a paddock full of daisies – thatâ€™s what [we] think *laughs*â€. For them, itâ€™s never about the money, but for their pure love for music and what they do.

The girls admit that being in a band is not just about the â€˜sex, drugs and rock â€˜nâ€™ rollâ€™, but there is also an element of growth – where its vital to be able to push past your boundaries and break free from comfort zones. The process requires them, as musicians, to be quite vulnerable to those around them. 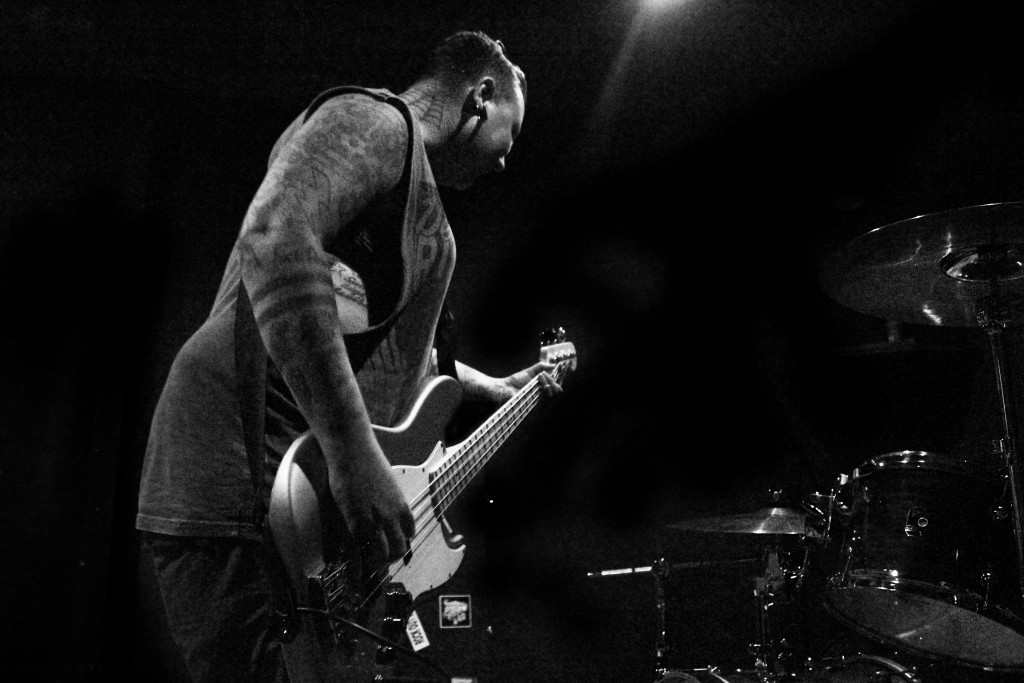 Lou says, that â€œas a band, I think weâ€™re growing – weâ€™re getting tighter on stage, weâ€™re starting to learn each otherâ€™s strengths and weaknesses and our shows are getting better and our energy on stage is becoming recognised; weâ€™re finding out who we are and what personalities we all haveâ€. The girls agree that being in a band is an epic learning curve, and that growth is not only present in their music, but also their personal endeavours and experiences.

With growth comes goals, and Being Jane Laneâ€™s goals are some of the humblest. The girls aim to play live and do a good job at it, consistently. Ultimately, for them â€œthe aim is to not get staleâ€, says Teigan. They summed up their short term goal to be to play at festivals, as they love the atmosphere and sensation that a festival brings â€“ where the people are yelling and generally having a good time. And just quietly, an E.P may be in the works.

In the long run, the girls would like to have a good fan base, as they believe that the fans are what makes it the journey worth it (and this also has the additional perk of more people to party with). Essentially, the girls just want people to come to their shows and rock out with them. So, what are you waiting for?

Check out the girlâ€™s first music video below.

Outside his own Lines: An Interview with Riley Pearce

A raw chat with the chicks from Nutri Hitt