Currently exhibiting Weaving Our Heritage in Eagle Lane as part of the BrisAsia Festival, VH Anthony Vue talks about how being a Hmong artist plays a major part in the changing landscape of Australian culture. The Hmong are a minority nomadic group from South East Asia.

TCI: Your cultural background is Hmong. What is the Hmongâ€™s artistic and cultural presence in Australia?

AV: Weâ€™re a traditionally a nomadic people and culturally diverse if you consider who we are in the various Asian states around South East Asia. There’s an origin to who we are and which country we migrated from but I donâ€™t think itâ€™s easily definable. There is a shared consciousness and commonality among the Hmong, wherever they are in the world. That makes us rich and diverse. However, our presence is pretty much invisible to the general public. Unless you are engaging with the Hmong, weâ€™re not that impactful on Australian societyâ€™s way of life and identity. The Hmong gets overarched by the term ‘Asian’. That simplifies us to what Asia is to Australia. Iâ€™m trying to give us presence because the general population donâ€™t know who we are.

Your artwork has been described as the interpretation and reinvention of textile traditions of the Hmong, with influences from consumer and pop culture, street art and DIY ethos. How would you describe your work?

Iâ€™m pretty eclectic and autobiographical. I draw from my experiences and I take an abstract approach to reinterpreting and reinventing Hmong traditions. I work mainly with Hmong textiles.  I know I will eventually be expanding beyond that in the future, beyond the Hmong experience. Though focussing on the Hmong experience itself is a metaphor for human experiences and other cultural experiences at the same time. Iâ€™m also intuitive with what I do. I do that what I feel is right with my art. It doesnâ€™t have to be right for other people, either within or outside the Hmong community. We need more of a diversity of expressions. 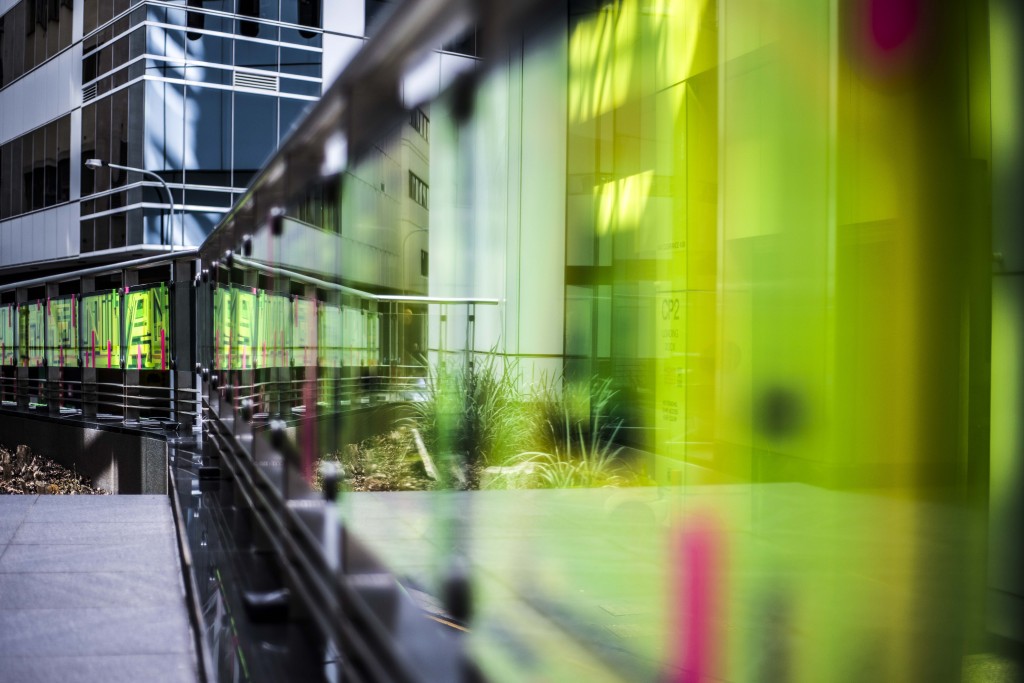 How do you think the Hmong have reacted to your interpretation of traditional art into abstract contemporary work?

I havenâ€™t had any negative feedback. Iâ€™m not sure if the older generations understand what Iâ€™m doing yet. That comes down to the whole concept of art, not just in migrant communities but the general population as well. A work of art can be more than just visually beautiful. It should be considered as conceptually stimulating, pushing ideas, reflecting experiences, making people think further about what it actually means. Itâ€™d be great to see what Hmong women think about my art because itâ€™s a not traditionally a male domain, Hmong textiles. I probably should seek to get feedback about what Hmong women think about it.

Do you find that you are categorised as a cultural artist? Or is that the style you are pitching yourself as?

Yes I am a cultural artist, but that goes back to what I said about how I want to expand beyond my art just being Hmong. Itâ€™s not Hmong art. I see it as more than Hmong art. Itâ€™s Australian art. Australia is multi-culturally diverse. Itâ€™s contemporary society art. I draw influence from pop culture outside of Australia like America. I look at a lot of artists from Japan, Southeast Asia and China. I do tend to ride it out as Hmong influence but thatâ€™s what the base is. From that platform, the influences expand beyond Hmong. 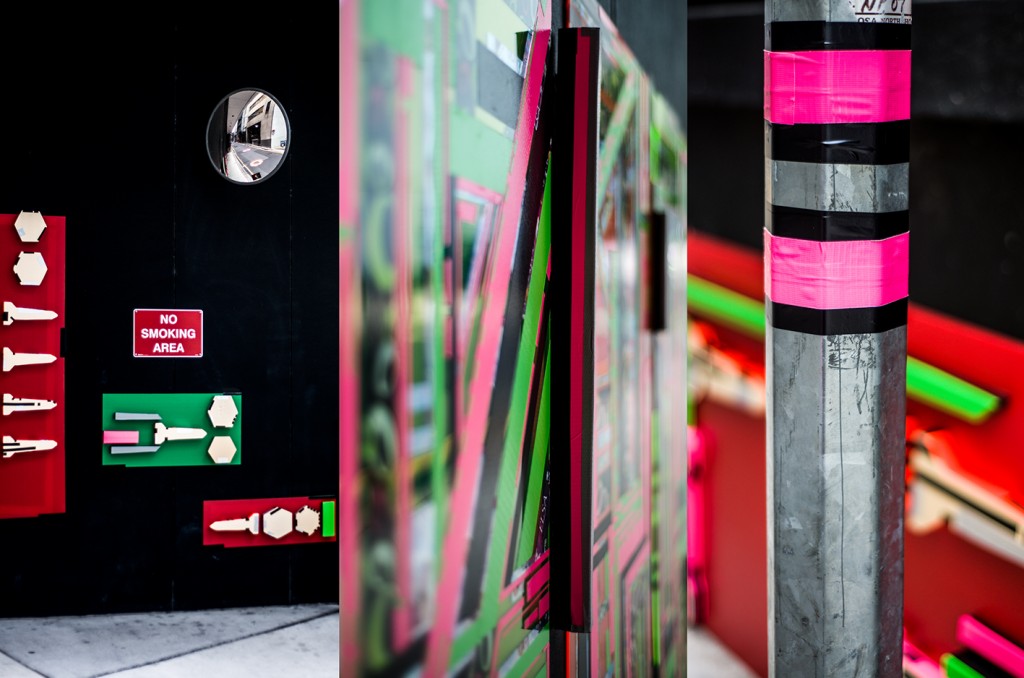 Youâ€™re recognised as Brisbaneâ€™s â€˜coloured industrial tapeâ€™ artist. As an artist how do you see your work as changing or contributing to the world?

Coming from Cairns and having been to a lot of cultural festivals, the Hmong culture is portrayed as this traditional culture. A lot of times itâ€™s the same things shown over and over again. The things I see being displayed now I saw twenty years ago. Thatâ€™s partially influenced by what people outside the community want to see and what we want to portray. Itâ€™s a two-way relationship thatâ€™s kept not just the Hmong, but other cultural groups in Australia, enclosed within this representation of cultural identity. It holds us back, borders us in and narrows how we think of ourselves as a cultural group and what we are capable of becoming. What I do is show that we are capable of change and engaging with the wider community. We need to be engaging in the presence of being here, creating an us from this city instead of looking back to an image of what we thought were fifty years ago in Laos. Thatâ€™s not my culture. Thatâ€™s my parents’ culture. Whatever culture each generation inherits they make it theirs. They change it, they adapt it and what Iâ€™m trying to do is make Hmong mine, right here, right now in Brisbane in Australia. I hope that I can influence other individuals, other community groups, to see that cultures should be changing and adapting. By negotiating the differences between the inherited culture and their Australian experiences, doing that contributes to creating a richer Australian culture.

Can you expand on what your installation of Weaving our Heritage means?

The work is a continuation of my reinvention of Hmong textile traditions. Thereâ€™s individual pieces that Iâ€™ve coded with messages to reference the Hmong and history of the Hmong in Brisbane and Logan. I want to entice people to engage further. If you go to cultural festivals, you will see the Hmong clothes displayed and you will see the dances, but I donâ€™t know if you want engage further into Hmong history. Thatâ€™s part of the vibrancy of the work. First it draws you in for you ask “Whatâ€™s this about?”

Youâ€™ve exhibited from Hobart to Cairns and you have several installations coming up in Brisbane. How important is it for artists to exhibit?

You canâ€™t make art in a vacuum, or a cave and then chuck it under a bed with no one seeing it. To me art is about dialogue, whether that is verbal or visual. Itâ€™s another form of communication. Exhibiting is a big part of that. Unless you get feedback and discussion going then I donâ€™t see any point in making art just for my own pleasure. I exhibit outside of the white walls (gallery) because I’m trying to engage with a diverse range of audiences. I didnâ€™t go to a lot of white wall galleries when I was young so I know that the majority of the general population arenâ€™t trying to engage there. Thatâ€™s where my public and community art comes into play. I do a lot of festivals because thatâ€™s where Hmong are mostly seen. I do exhibit in galleries with other work that are targeted to the gallery audience. 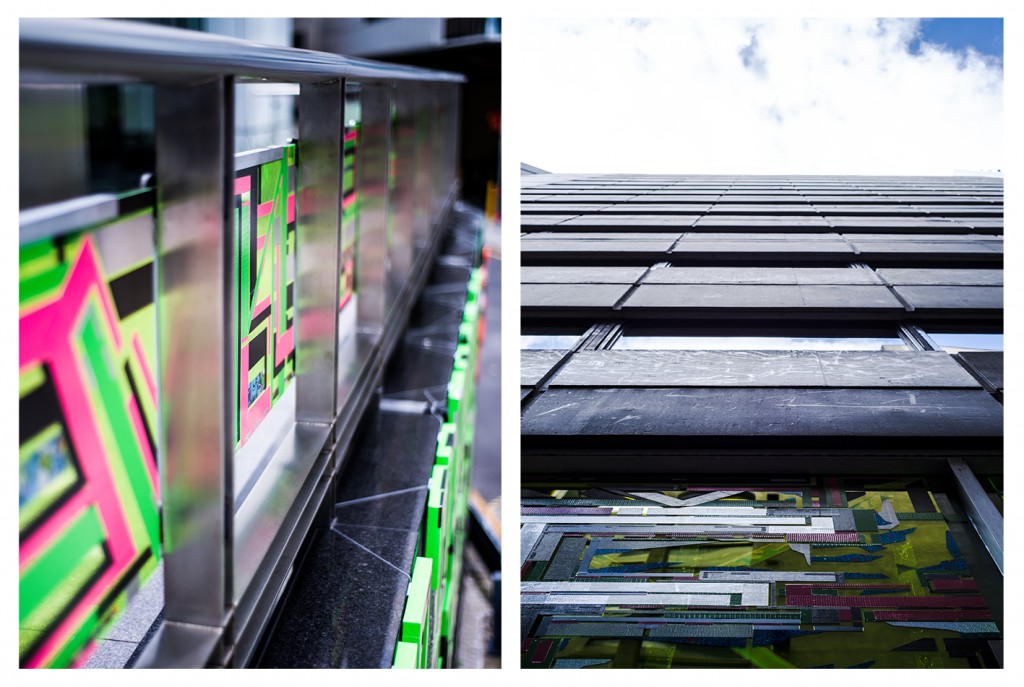 You have commenced a PHD in Arts. What do you think would life after your PHD be like?

Ideally I would like to live off my art and be called upon all over the world. Thatâ€™s the dream. Iâ€™m hoping to be able to teach and, if Iâ€™m good enough, to mentor up and coming artists. Iâ€™d like to travel to South East Asia regularly. I feel like thatâ€™s where I should base my work and teaching.

Whatâ€™s coming up for you?

I have an installation next week at Metro Arts in the city for AusAsia festival. Then for Yum Chat, Iâ€™m doing a display with a few other artists on the night.

What advice would you give to new artists? 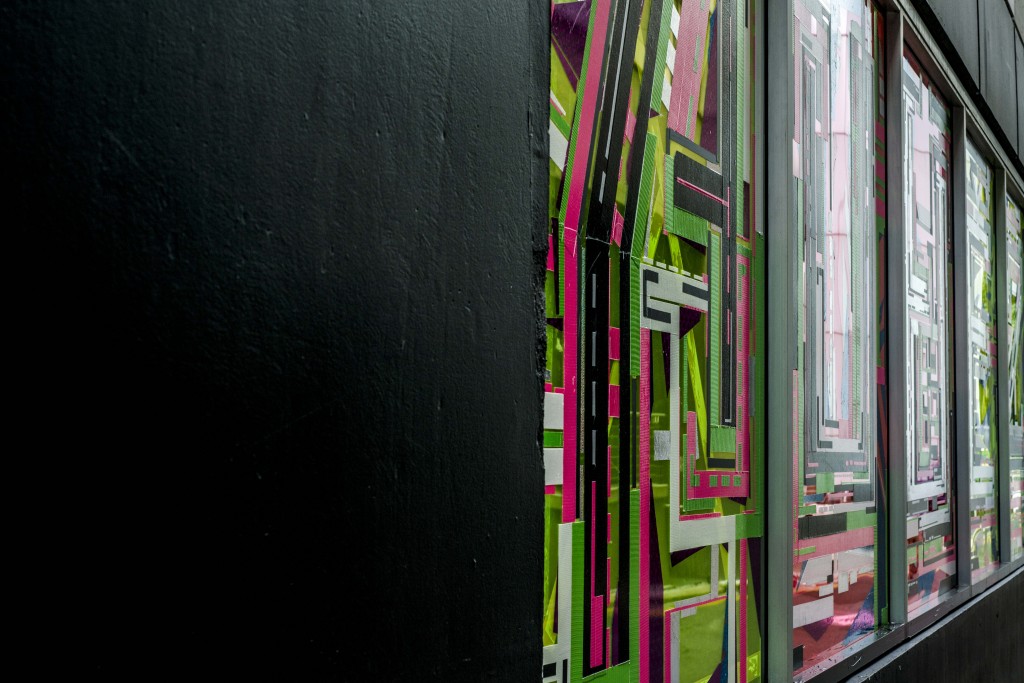 ARIA: A Look at the Year Ahead