The Workings of Work-Shop - An Interview with Ellie Anderson

Anywhere that brings hula hooping, embroidery and pizza together is a place we want to be. Seven months after their Brisbane opening, The Creative Issue checks in with Work-Shop Brisbaneâ€™s Director and Program Curator, Ellie Anderson, to see how the city is responding to their crafty and arty classes.

â€œA lot of Brisbane people were following what the boys were doing in Sydney, and what Hayley was doing in Melbourne on social media, Instagram particularly. And I always thought that too when I followed them, I was like, â€˜Uh, I wish there was something like that in Brisbane,â€™ And that was certainly how they decided to come here.â€

After a highly successful launch, in which Ellie described as insanity, the number of attendees at each workshop really sped up, she says. â€œThe launch had a really positive response. I kind of realised then that people really loved the concept.â€

â€œWe started off with two or three workshops a week, but now we are at five. A lot of those workshops sell out and we have some that we repeat every month to every 6 weeks.â€

These workshops include Claudia Husbandâ€™s Weaving Workshop and Shibori fabric dying, Hand Lettering Basics by Fiona Fietz, and basket weaving with Lisa Guy. â€œThereâ€™s a lot,â€ says Ellie, â€œthey are all really great, and so are the artist themselves.â€

â€œItâ€™s amazing that we have found these talented, creative people, who are awesome at teaching their skills and itâ€™s just as awesome knowing there are so many people out there who are interested in learning these skills.â€ 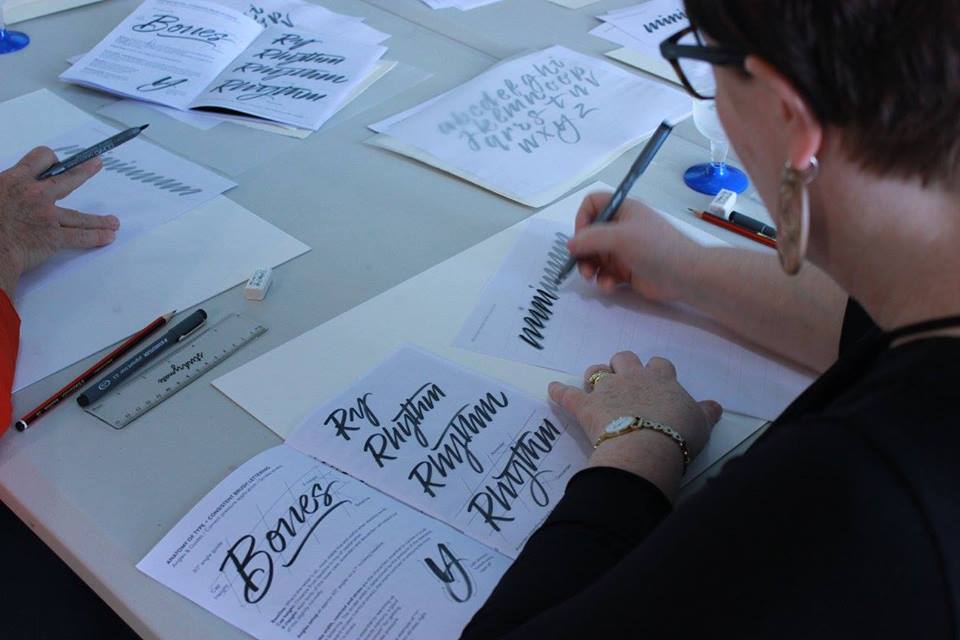 Not only do people come to Work-Shop to learn a skill, they come for the community, Ellie explains. â€œI guess what we are trying to create is sort of a safe haven for people who arenâ€™t necessarily involved in the arts industry – by making a really relaxed and fun environment where people can learn these skills. I think a lot of the general public find it all a little intimidating, and they feel like itâ€™s a bit exclusive.â€

â€œWe serve drinks at each work-shop, or people can bring their own. Itâ€™s a place where people can chat and learn the skill and can be in this awesome creative place. We want people to come and just feel like they can keep on coming back. â€œ 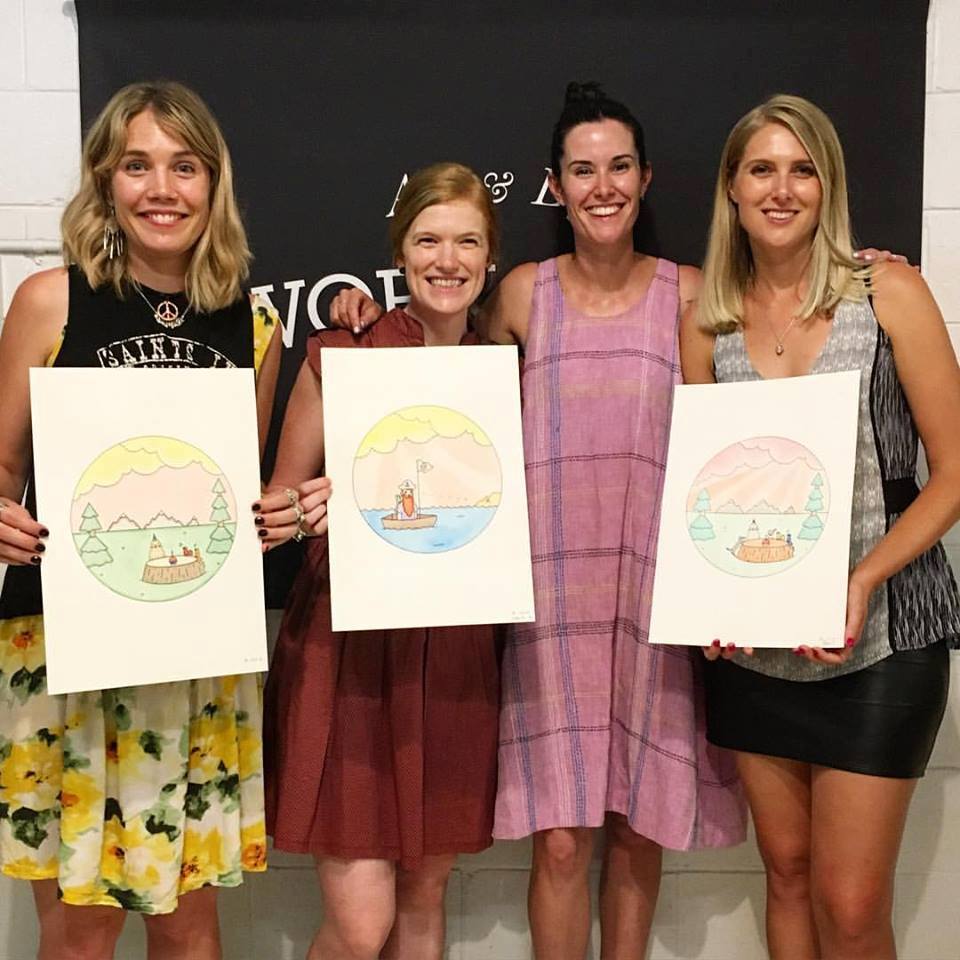 Initially the classes held in Brisbane were based off those in Sydney and Melbourne. â€œI was sort of looking at what was successful and mimicking that, which was a really great indicator. But of coarse in every city there are different artists, so I have added some things to the schedule that havenâ€™t been done anywhere else, just because I found someone in Brisbane who I thought could be really great,â€ says Ellie. â€œI always welcome people, if they have a skill, to get in touch because I am happy to give anything a go.â€

If youâ€™re looking for something to sink your teeth into, creatively speaking, look no further than West Endâ€™s Work-Shop. â€œA lot of the people sort of come along, hoping to unwind from their stressful week – they are of all ages and all genders,â€ Ellie says. â€œEveryone is like best friends by the end of it, itâ€™s just awesome.â€

â€œWe want to make all the workshops really diverse as well. Itâ€™s not as if we want to cater to a specific groupâ€™s needs and interests, we want to keep it really broad and interesting, so we are getting all sorts of people into the space.â€

Perk up your morning with these Brisbane roastery CafÃ©s

Maggie Smith steals the show as ‘The Lady in the Van’