Carl Barron Hits Brisbane with a String of Sell-out Shows 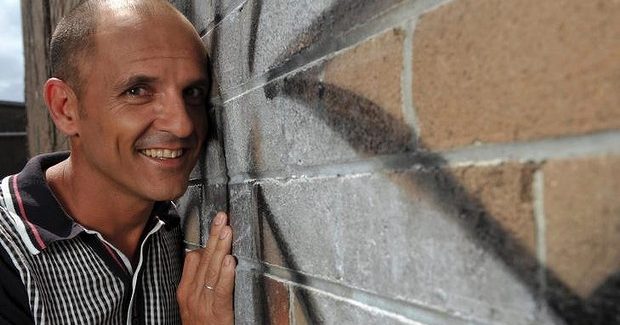 Itâ€™s been three long years since he hit the stage in Brisbane but Carl is ready to impress audiences with his brand new show, Drinking with a Fork.

Carl Barron kicked off his week and a half run at QPAC to a welcoming reception. Having sold out all his QPACÂ shows, Carl will return to Brisbane at the end of July to perform at the Brisbane Entertainment Centre, a pretty impressive venue for a home-grown comedian!

The atmosphere was energetic as the crowd took their seats in the lyric theatre. Carl Barron has gathered quite a following over the last few years and it was apparent that tickets to his show were some of the most sought after ones in Brisbane! All Carl had to say was â€˜How ya goinâ€™ and the audience erupted into fits of laughter.

His show consisted of his usual observational humour. From stories about his family to his scary encounter with a magpie, Carl managed to accompany it with absurd facial expressions and even crazier dance moves. Not one to accept a word at face value, Carl explored the meanings behind them. The result? Well, it sure makes for one entertaining show!

The show did seem to slow down in parts, his singing/guitar routine fell flat and he appeared to be unsure of it himself. The jokes were rushed and he didn’t seem at home sitting down. Not that I think his fans minded or even noticed! He always bounces back and he finished the show on a high.

Don’t miss Australiaâ€™s most popular comedian and the opportunity to see one of our country’s great comedic minds at work as he presents an evening of stand up with a bit of guitar.

For tickets, head to the Brisbane Entertainment Centre’s website here.

An Absolutely Gorgeous Frock – Tales Of A Time Travelling Songstress