The Creative Issue spokeÂ to 3FÃ¶ur, an up-and-coming dubstep producer who is set to make waves in the industry.

Ryan Hall, the man behindÂ 3FÃ¶ur, is a Brisbane producer,Â who isn’t just your average musician.

He’s already making major moves overseas,Â including working with international artists and recording in England, all while studying at university.Â His determination and talent is already showing in his latest releases. 3FÃ¶ur looks like he could be one of Australia’s most talented new exports.

Ryan told us about how his love of music developed into a career in producing.

“I’ve always been creative and played instruments growing up. So, when I found production, and that one guy can craft everything I just knew that was it for me.” Ryan says. 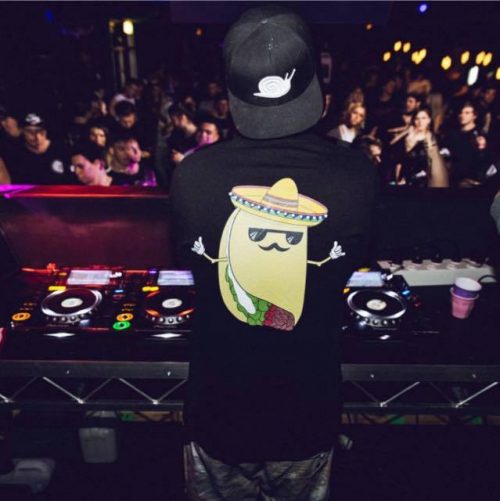 3FÃ¶ur is currently continuing his work while studying in London. We discussed how the move overseas is influencing his style.

“Australia is such a small country in terms of opportunities.Â Firstly, there aren’t any [institutions]Â you can study at like they have here in London. Plus, a massive part of it was really just the opportunities that are involved with living in a major world city.”

“London specifically has amazing studios that I’ve been lucky enough to use some of already in my short time here.Â I definitely think London’s musical history is influencing my sound since I arrived here, being that London is the birthplace of dubstep. That’s a massive part of my sound as an artist.” Ryan says.

3FÃ¶ur’s latest single,Â Never Let You GÃ¶, is set to be released within a few weeks. Ryan saysÂ that this track was a first for him, given its upbeat pop vibes.

“At this point I hadn’t done much of this sort of real happy pop style songs. So I really wanted to try to use that with my heavy bass music style and I ended up with a demo in a few hours.”

“About a month later I found a singer/song writer from New York. We then worked together back and forth on different vocal ideas for a few months until we ended up with what the record lives as today.” He says.

3FÃ¶ur is earning major bragging rights with his overseas work, writing Â with international talent, and all-round incredible style. WeÂ wouldn’t be surprised to see 3FÃ¶ur‘s name among the likes of Flume, Calvin Harris, and other hit producers.Â You can keep track of his work here.

Review: It’s not just about ‘Rice’