Queensland Music Festival has officially opened entries for the 2018 Carol Lloyd Award. The annual $15,000 prize supports the stateâ€™s emerging female singer-songwriters. Additionally, it honoursÂ the late Carol Lloyd, who was the first Australian female singer-songwriter to front a successful rock band.Â Starting off withÂ Railroad Gin, Carol later fronted theÂ Carol Lloyd Band, and later performed as a solo artist. She released hits such asÂ A Matter of Time, Do Ya Love MeÂ andÂ You Told The World.

Each year the prize is awarded to one outstanding female artist, who either was born in Queensland or resides here. Georgia Potter, who performs asÂ Moreton,Â was awarded the prize ofÂ the 2017 Carol Lloyd Award.

â€œWinning the Carol Lloyd Award has meant I’ve been able to throw myself into my record in a very focused and committed way. Having the black cloud of â€˜but-how-will-we-fund-it?â€™ hanging overhead can absorb a lot of time and energy, time that can be better spent honing your skills and writing more material,â€

â€œBeing able to do that in these early Moreton days is a very special opportunity that I am truly grateful for, and to do so in the name of such a spirited woman, Carol Lloyd, makes it all the more empowering and significant.â€Â Georgia said.

â€œCarol Lloyd was and continues to be a great inspiration, her incredible legacy encourages women of all ages from around our great state to pursue their musical ambitions,â€ KatieÂ said.

â€œIt was an absolute joy to receive such strong and diverse applications for the inaugural Carol Lloyd Award in 2017. We will continue to work hard to provide springboards such as this for female musicians, who are still underrepresented in Australiaâ€™s music industry.â€ 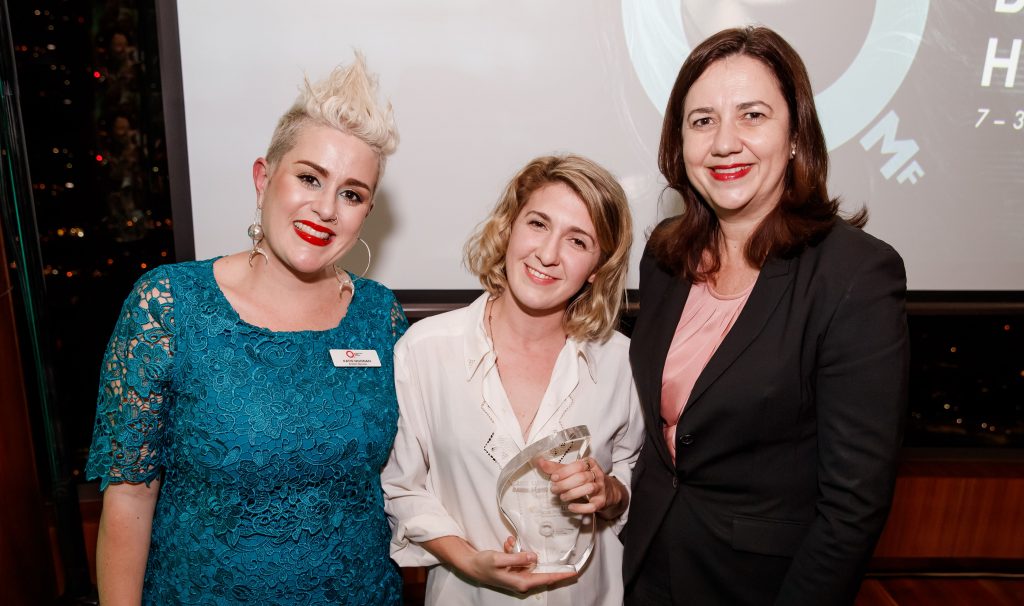 Further information about the competition can be found here:Â qmf.org.au.

THE VELVET ADDICTION EXPLODING ONTO THE ROCK SCENE