In just a few short days, UK punk rock act Frank Carter & The Rattlesnakes will perform at The Triffid as part of their Australian tour. Last year saw the band release End Of Suffering, an incredibly personal collection of tracks, written across 2017-2019. To dig a little deeper into the new music and upcoming shows, we caught up with frontman Frank Carter.

Releasing the new music was a process that Frank describes as “daunting at first”, but eventually, “incredibly therapeutic.”

“Therapy to me is writing songs first and after that the therapy is in witnessing the power it has for other people. When I get to talk to people and hear how my songs have affected them that’s the most beautiful thing. That gives you a different kind of strength.” Frank explains.

From rave album reviews, to sold out international shows, it’s clear to see the impact End Of Suffering has had on fans, both old and new.

“It’s exciting, ultimately, that’s what it is. It’s an exciting time to be in the Rattlesnakes. We’ve been working hard for such a long time. It just feels lovely, connecting with people and people understanding the music. I think a lot of the time when you’re an artist, that’s all you really want, for your work to connect with people.”

Early last year, The Rattlesnakes landed on Australian shores to support Bring Me The Horizon on their national stadium tour, an experience Frank describes as “amazing”.

“They’re such gentlemen, they’re so kind to bring us all the way there. Their fans are incredibly progressive, which really let us be ourselves, they embraced that. I think there were a lot of people there who had no clue who we were. So it was really special for us to get out there and win some people over. That’s what we’re good at, making new friends. It was amazing, to play in rooms that big, it was really special.”

As the countdown to their Australian tour comes to a close, Frank revealed that it’s not just Aussie fans who are excited for the band’s return.

“We just can’t wait to get there. We’re just so excited. Australia is one of our favourite places to play. When we came, the first time we played there, I think we sold out most of the shows we played. We ended up playing to 600 people in Sydney, which was just really overwhelming. So now, it’s special to get back there and see everyone. We’ve got a lot of friends down there.” 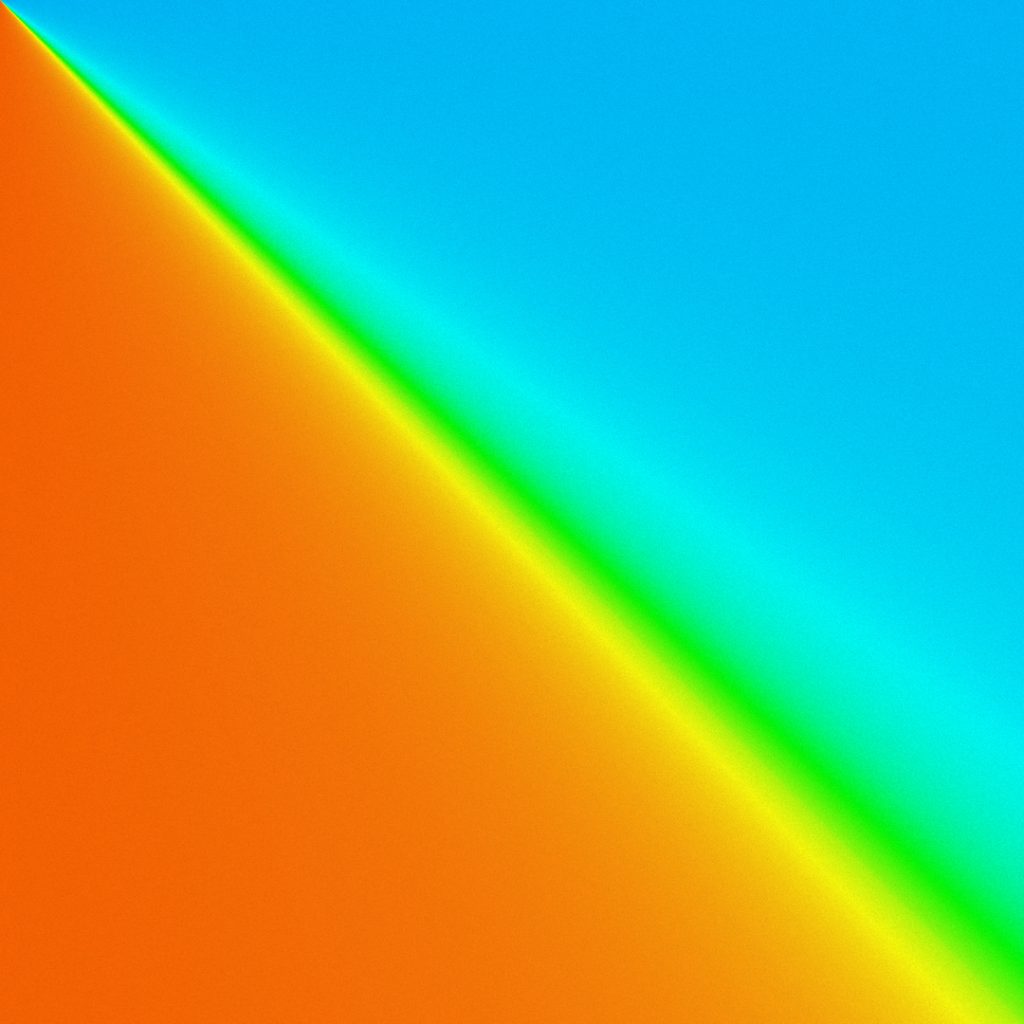 For those who haven’t caught them live before, Frank describes their set as “the best live gig that you’ve never seen”.

“It’s just a bunch of guys whose lives have been saved by playing music. We don’t take any second on the stage for granted. We just make sure that the second we walk out on that stage, we leave every ounce of energy in us there. Because that’s what people deserve. Music is entertainment ultimately. It’s our job to entertain people.” He says.

And for those who’ve been lucky enough to catch Frank Carter & The Rattlesnakes live, they’d know that they take that job seriously. The shows are commanding, entertaining, and most importantly, they’re contributing to the creation of safe spaces in live music.

It was a few years back that a conversation with a female fan prompted a change in Frank Carter & The Rattlesnake‘s live shows. While crowd antics typically involve moshing, crowdsurfing and the usual behaviour of any punk rock gig, that fan revealed to Frank that she didn’t feel safe to participate in an experience that which, unfortunately, many women can relate to.

Feeling disappointed, but inspired, the band decided to delegate a track for a female-only mosh during their sets.

“It wasn’t a nice realisation,” Frank reflects. “I’d felt like I’d let myself down by not doing it sooner, but I also was very aware that we had an opportunity to right that wrong and change that space for the better, make a positive out of negative situation. That’s what we did. We just immediately started on a mission of creating that safe space. The minute you do that, everybody gets on board, everybody gets behind it. That’s what we’ve seen, people really embracing the idea.”

“My favourite part is when it starts trickling out into other bands. You see bands we’ve toured with, bands who’ve seen [us] at a festival and they’re creating safe spaces. That’s the real change. I think all bands, but especially all-male bands, should actively seek out and encourage that creation of a safe space for women at their shows. Because if they don’t, they’re part of the problem.”

“Because it is a thing, yeah. One song is all it takes to change the atmosphere at your gig. For us, that song comes within the first 3/4 songs. We set the tone for how it’s going to be. We make sure everyone knows drop your inhibitions, anything goes at this show and the minute that they’re all riled up and the testosterone is at full, we just cut it. It’s easy.” 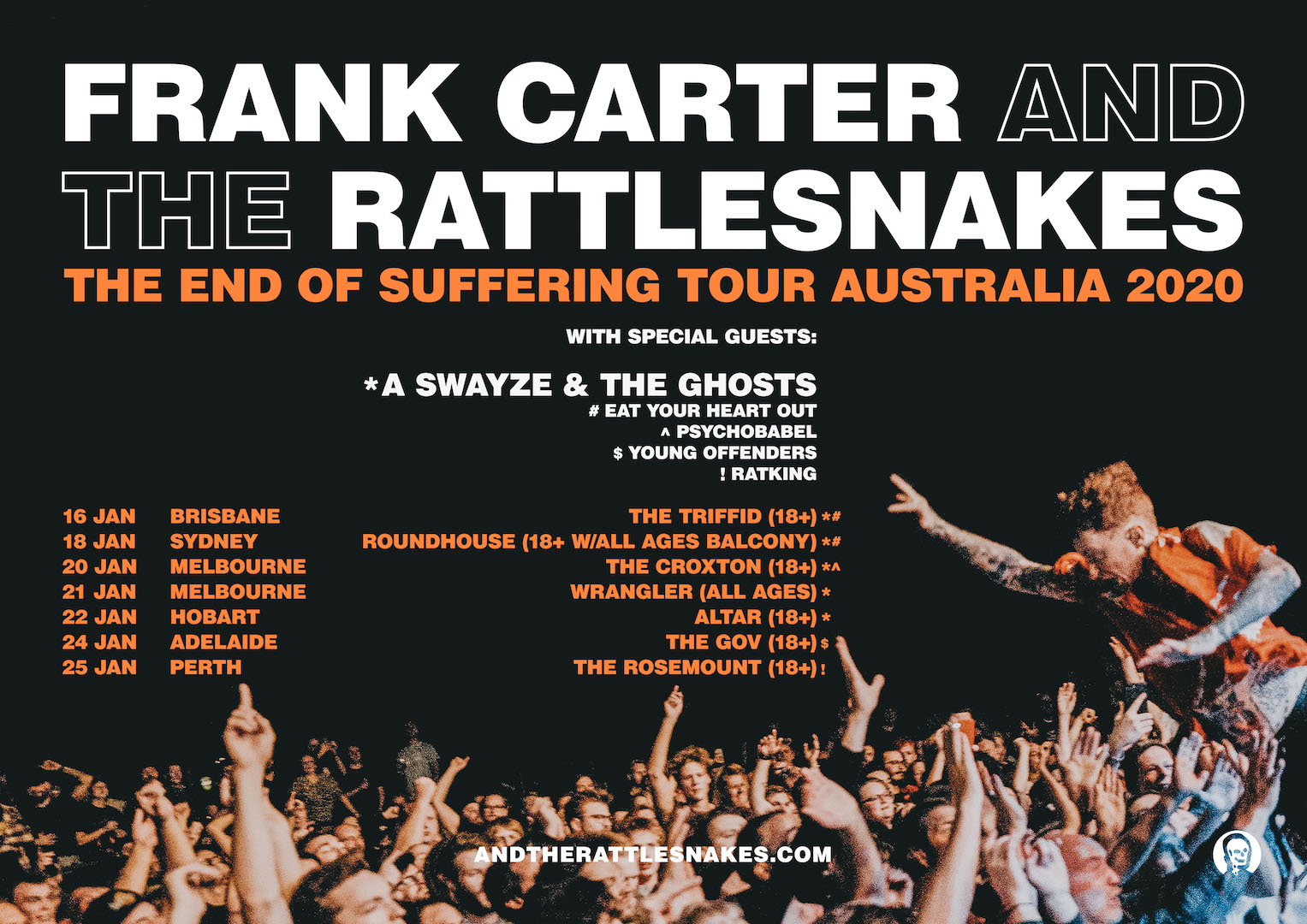 And for Frank Carter & The Rattlesnakes, that atmosphere is here to stay, with the involvement of every audience member. It’s a welcomed shift for those who now feel more comfortable to participate in an environment committed to providing a united, safe space.

“We open up that space and we encourage male members of the audience to not only help create that space, but to protect it. That’s the important part, encouraging everyone to feel involved. It’s not about exclusivity. It’s about ‘how can we make this space?’ ‘How can we bring men into that and make them feel part of it?’, an integral part of it. ‘Here’s the space, protect the space. If anyone falls over, pick them up, apart from that, stay out and let them have their moment’. That moment then stays for the rest of the gig. Our pit is 50/50 for the rest of the night and the chances are is all you’ll see is girls crowd surfing for the rest of the gig. Which I love, because that’s the way it should be.”

“We’ve got a long, long road ahead of us to make right misogyny, the violence, the insidious behaviour, the toxic behaviour in the rock world.”

Taking those first strides to right wrongs has already proved effective for Frank Carter & The Rattlesnakes. It’s not just other bands and women who reflect the change in dynamic in a live setting, it’s the majority of their crowd.

“Obviously it’s a really beautiful thing, it’s really wonderful to be part of such a positive change. For me it’s bittersweet, and times it goes wrong, any time I still see someone acting a fool, but that’s very rare now. Including everybody in that moment and speaking to the men in the audience, reminding them of what is acceptable, what you do is create this sort of atmosphere that almost self conditions.”

“Even if I see some people being fucking morons, chances are that there’s a good 50 other people who are seeing it a bit more as well. Now I’ve encouraged everyone, I’ve empowered everyone to speak out about that bullshit behaviour. You watch it change, you watch people get put in their place quite gently, by a lot of people who aren’t me and then when I need to step in, I will step in.”

“The overall feeling is one of joy, hope and happiness. We’re enacting change and that’s a wonderful thing, it’s a really wonderful thing” Frank says.

So, if you’ll be heading to Frank Carter & The Rattlesnakes, Frank would like to say, “thank you for coming. Thank you for buying tickets, supporting our band. Please just tell as many people as you can, bring as many friends as you can to see the Rattlesnakes.”

“We’ve not really had our music tread the light, we’ve never been a hype band, we’ve never really been a zeitgeist band. We just a really powerful force in the rock world. Once you see it live, that’s when you understand what we’re really about and it and markes sense. So I would say if you’re curious, please come see us.”

Raising Up A Burning Country: Raise ‘Em Up Benefit Gig