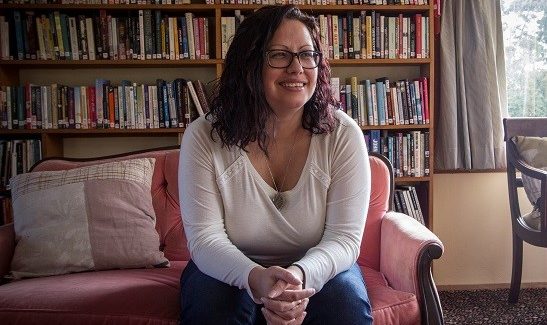 We had a chat with the talented Lisa Fuller ahead of the Brisbane Writers Festival about her motivations and career thus far.

Lisa Fuller is a Wuilli Wuilli woman from Eidsvold, Queensland, she is also descended from Gooreng Gooreng and Wakka Wakka peoples. Her young adult novel Ghost Bird follows the story of identical twins Stacey and Laney, set in Fuller’s own hometown. When Laney goes missing it is up to Stacey to track her missing half down.

Fuller’s experiences, her strong sense of storytelling and value for landscapes seep through into her writing, creating exquisite stories rich with layered meaning. It is no surprise her characters have worked their way into the hearts of readers and it seems Fuller isn’t quite ready to give them up yet  either.

The Creative Issue: Did you always want to become a writer?

Lisa Fuller: Pretty much, I don’t think I had a choice. I remember being with my mum since I could hold a pencil, I would draw little symbols I thought were letters and words before I learnt my alphabet. Then I would sit down and explain the whole story to her. I am from a culture rich in storytelling and that definitely helped. My mum, who is a huge reader, would constantly be reading to us. That all sent me on that path, and I fought it for a really long time. We grew up dirt poor and that is not to say we weren’t happy, but I had it in my head that I wanted to get a good job and hopefully go overseas and see some other world. I fought the dream for a really long time because I was kind of embarrassed to admit I wanted to be a writer. It took me a while to get there. There is this great quote by Brene Brown “unused creativity is not benign” and that definitely has been my experience and that has forced me back to it.

TCI: What inspires your writing?

LF: It could be anything and everything. Sometimes I have a dream I really like, and I write it down and think about that.

TCI: How important is storytelling to you?

LF: It is everything. In my culture it is how we teach the younger people and it is how we learn about our world. It tells us about connection and who we are. So, there is that side of things but there is also the fact I have always been a huge speculative fiction fan. As a kid I would vanish into books for hours and have to physically be dragged outside by my friends.

TCI: What themes or messages did you want to communicate in Ghost Bird?

LF: Writing it I was mostly thinking about family members. When I was their age there really was nothing in mainstream Australian culture that was representing us. I could never find anything that really represented my community. If there was it was really bad, stereotyped, awful representation. I just wanted to write something they could read, relate to and be really proud of. Not to say there are no problems, everyone has problems and issues, but we are not just ‘a problem’. We get branded that way a lot in the media and we are always shaped around this negative discourse. Yeah, we grew up dirt poor, there was racism and bad things happen, but I love my family and I am so proud of my community. I love our culture and I just want them to see that on the page, have pride and see themselves hopefully. 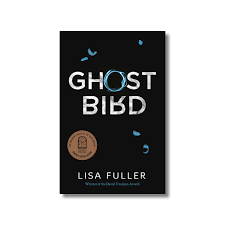 TCI: Is there any particular feedback or comment that means a lot to you to hear from readers?

LF: I shouldn’t have favourites but there are one or two reviews that bring me to tears because they really got it. I felt like I was seen and heard. That is not common in mainstream Australia. We all read what we want to, and I can’t control what people read in a text. Someone might say ‘oh it is like any YA story’ where the adults are useless. In those really shining example of reviews I love that they are talking about that cultural imperative we have, that you have to earn trust and you have to give respect. The elders aren’t trying to be useless and block your way, but they are doing things for our cultural imperative, which is to prove you are listening and that you are ready for knowledge.

TCI: Are there any other writers who have inspired you?

LF: It is an accumulation of hearing stories from my family that gives me my style and also being an avid reader that helped with how to put a story together. I am a big fan of a huge range of people, Victor Kelleher was my first as a teenager. Then you have got people like Tony Birch and Jared Thomas, all those guys out there doing amazing things. I get a bit frightened of reading while I’m writing, because I’m scared I will accidentally take on their voices. I think this is because at times I’ll find myself talking to someone and I’ll accidentally start to take on their accent, which I have since been told is the sign of an empathetic person so I’m just going to take that and run with it.

TCI: How have the places you have lived influenced your writing?

LF: Any place I write about is set in a real place I have been in. Ghost Bird is set in my hometown, I have spent so many years there and I know it like the back of my hand. If I am writing a space, I borrow things from my life, and I’ll plonk down a house from a different location into a situation. It is all about knowing the touches, the textures and the smells.

TCI: Apart from novels what other forms of writing do you enjoy?

LF: I write poetry, I don’t particularly like my poetry, but I have a lot of fun doing it and so I keep going. Part of the reason I don’t like it is because it makes me feel extra vulnerable. The short stories, and I have one published, I have always struggled with. Everyone who reads it is generally saying it feels like the opening chapter of a book. That makes me want to scream and throw the whole thing out, but I am working on that right now actually. I have two short stories coming out in the next 12 to 18 months. It is exciting working on my craft in that way.

TCI: Advice you would give to young writers?

LF: Figure out what works for you and your writing. Experiment and play with other people’s methods, find what suits you and stick to it. The best advice is seen as cliché, but it is cliché for a reason, the key thing I say to my students is just write. No matter what is going on, if you think you don’t have time, there is time, that was something Jack Dan said to me in one of his workshops that has stuck with me. Every writer has their own method and I’ve played and tried everything. Jack Dan once said to me ‘wake up at five am and write’ because I was struggling to find time to write. I knew it wouldn’t work for me because I am not a morning person, but I still gave it crack, and no it didn’t work for me. However, it did open my mind and help me find space in time. Tv, movies and games are fun, but is it worth your writing time? The other thing I do with my students is throw a bunch of different exercises at them every week because it is really important that just because something works for me doesn’t mean it is going to work for you. I desperately wish I was a plotter, every time I make a manuscript, I really try to plot it out, but it never works. Another thing I do is I hand write and I think a lot of people are forgetting to do that, but it is so important for our creativity to hand write things.

LF: I have a children’s picture book coming and I am messing about the idea of a sequel for Ghost Bird. I always thought it was going to be a standalone book, but I am missing the characters. I am also working on my PhD and there is a novel coming out of that.

You can catch Lisa Fuller at the Brisbane Writers Festival this weekend, tickets can be purchased here.