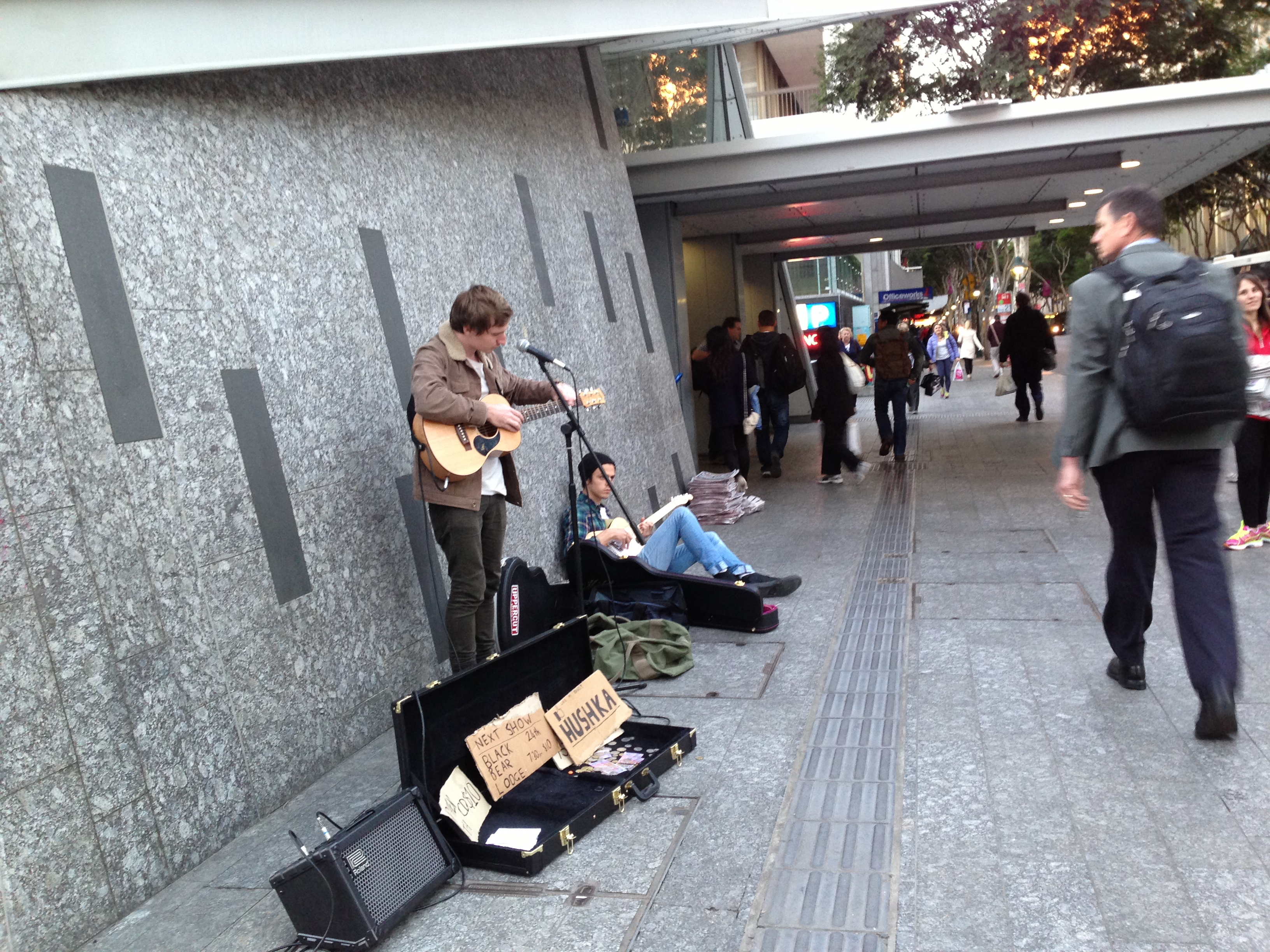 Have you ever walked past a busker and genuinely thought theyÂ deserve to make it?

It was a typical Tuesday afternoon when I stumbled upon the sweet busking sounds of Jack Paterson; singer, songwriter, and front man of Brisbane band Hushka.

His flawless rendition of ‘Canâ€™t Help Falling in Love’ immediately got my attention and I felt compelled to interview him.

Jack:Â Well Hushka is made up of myself (Jack Paterson) on vocals and guitar, Jason Morris on drums, Darren Lau on bass along with Luke Woollett on lead guitar.

CD: When and how was the band formed?

Jack: The band was formed around the end of last year I believe, I had found Jason via a gumtree ad, Darren was a high school friend and Luke was from my university.

We’re all pretty different people from each other so the first few practices turned out to be quite a wild social experiment but in the end we all get along well and enjoy writing and performing music as a collective.

CD: What or who are your biggest influences as a band?

Jack: Alright, so I’m just going to make assumptions for the guys here, but Jason loves his Triple J, and some Hip-Hop.

Darren seems to enjoy a lot of Daft Punk, every time I ride shotgun with the guy he has their latest album at maximum volume.

Gathering from the CD’s scattered throughout the his car, Luke seems to enjoys time travelling back to the 50’s through to the 90’s, he also had a heap of local band CDs last time I checked.

As for myself I’ve been listening a lot to Rolling Stones, Nick Drake, Kings of Leon, Don McLean and a little Frightened Rabbit here and there. 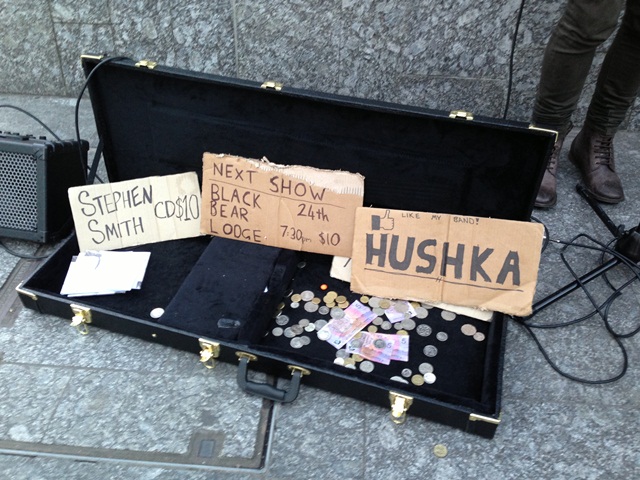 Jack: That’s a tough choice, we performed at the Brisbane Powerhouse a few months back and managed to draw a pretty decent crowd too.

It was a little hectic though, I had decided to be a bad-ass and take up the offer of a few of Luke’s hot chips about 2 minutes prior to performing.

The whole entire performance I had this peculiar vomiting feeling, I was pulling these strange facial expressions constantly to keep my voice from breaking.

By the end, I had managed to keep it together and not pass out on stage.

Then there’s the show we at the Beetle Bar less than a week ago, the crowd was just awesome, really attentive and we were just feeding off the cool vibe of the room. I’m probably going to have to go with the Beetle Bar as a favourite.

CD: What has been your greatest achievement as a band so far?

Jack: After our free-for-all busking tour in Sydney, we managed to make it back to Brisbane in one day without crashing.

CD: What’s next for Hushka?

Jack: Well we’re looking forward to our EP launch at The Zoo on the 14th of September; we’ve been working on these songs for a while now so it will be good to finally show all of our fans, friends and families.

We’re also stoked to be taking the stage the next day at the Brisbane Festival, every time I see an advertisement for it I get all excited and what not. 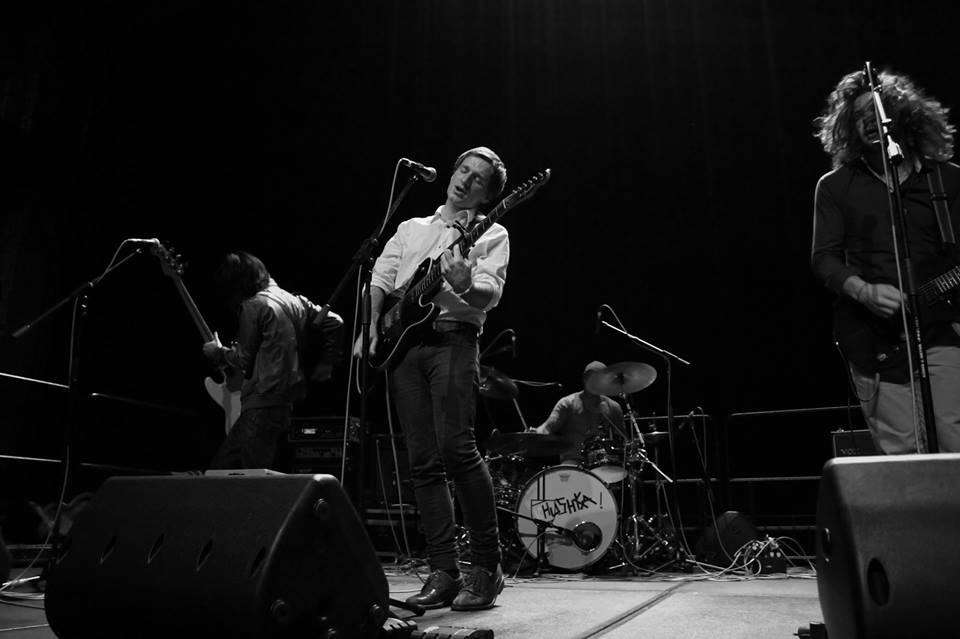