A staple of 90s childhoods for many Australian children, was the ABC’s roster of after-school-special dramas.

Impromafia returns to Brisbane Comedy Festival in 2019, with Heartfelt High. We recently had the opportunity to catch up with what Impromafia has been working on since our last interview with them, and chatted with Artistic Director, Siobhan Finniss regarding the upcoming show.

We discussed with Siobhan the future of Impromafia as a company, her own work outside of improvisational theatre, and the inner workings of a piece of extended improvisational comedic theatre such as Heartfelt High.

We kicked into the interview, hoping to flesh out our understanding of just what Heartbreak High will be as a whole, and what audiences should expect.

“It’s an improvised comedy, that is inspired by teen dramas like Degrassi Jr. High, Heartbreak High and more recently the Netflix show Sex Education. I was a 90s kid, so, it was initially inspired by my true obsession with a show called Heartbreak High which was on the ABC in the 90s, and there was a super-hot babe named Drazic, who was dating the character Anita, and was really obsessed. He won the Dolly magazine hottest boy of the year for like ten years running.”

“For us, we want the audience to empathise with the characters and be able to see themselves and their teenage issues through the characters, even though they make bad decisions because they’re teenagers, their awkwardness and their good hearts tend to leave audiences with like, a glow afterwards.”

“Because teenagers experience things so intensely, it’s a really fun base to play in. So, the audience can expect a lot of laughs, but hopefully a lot of “aww” moments. We want people to see themselves in our characters, and maybe re-live some stuff that they went through, but in a more comedic, heightened way. The audience might cringe, but they’ll cringe because they see themselves in the characters.”

“There’re not only teenagers in the show, we also have some parent and teacher characters and they also provide some comedic relief, because they just don’t understand! But, they’re human, and they’re bumbling and they’re making mistakes trying to raise the teenagers as well.” 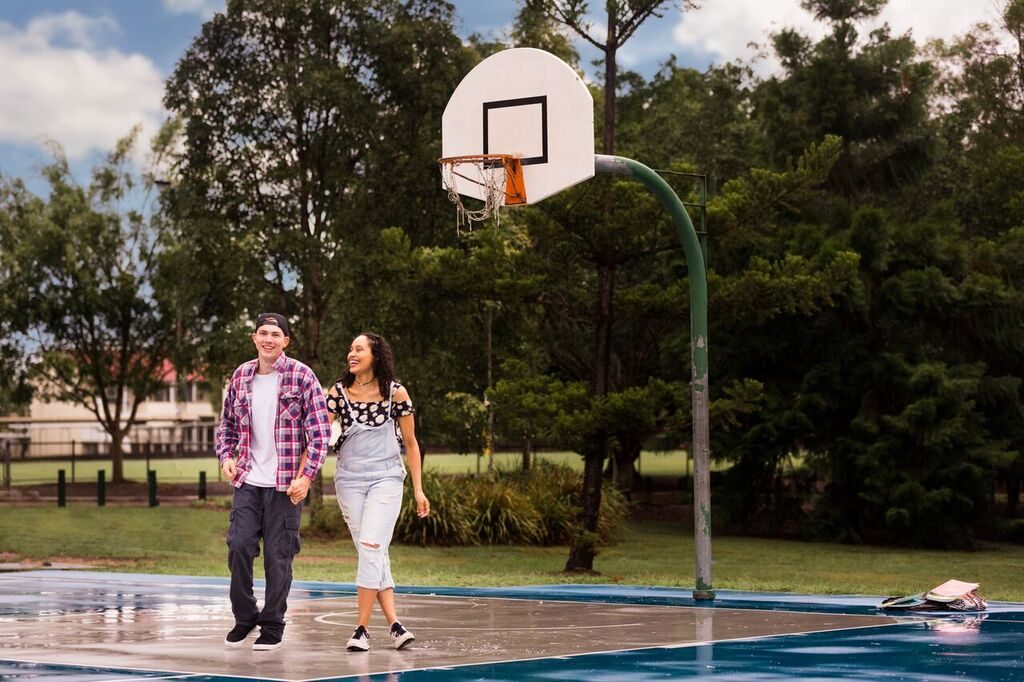 Moving on with the interview we broached the question of what Siobhan’s own hopes for the show were, as well as for Impromafia’s place within the festival.

“My hope for the show, is that we get along audiences, who really enjoy the experience, and that they get to experience an improvised show, that maybe they haven’t really seen before, or pushed their concept of what improvisation is.”

“Improvisation is also having a bit of a boom at the moment, with the popularisation of Tina Fey and Amy Poehler, but Australians have a very unique style of improvisation. So, for us to be a strong representative of improvised comedy within the festival, we’d like to rep the non-stand-up side of comedy that’s growing in Australia because we should be really proud of what’s coming out of the country at the moment.”

We wondered what goes into something like Heartfelt High, given its improvisational nature.

“The show has actually been in development for four years, and it started as a shorter twenty-minute show, within another Brisbane Comedy Festival show in 2015. We decided to keep developing it, and went through various iterations over the last four years, on the level of what it takes to create an improvised show.”

“People are usually like, “it’s improved, you don’t need to rehearse right?” But we definitely do, so, once we have the cast in place, we generally have usually about six to eight weeks of rehearsals, and the rehearsals aren’t really thinking about what the story will be, but more about developing the performance skills.”

“So, it’s mainly just acting skills that we do in rehearsals over the six to eight weeks, and because it’s improvised, we work on doing group mind activities, so we’re sort of used to being in each other’s heads. It’s quite a strange art form really. Then we all show up in costume and do a show. But it’s been almost twenty years that Impromafia has been doing these kinds of shows now, so we’re pretty confident that we can put on a good show for everyone.”

As well as any challenges that Siobhan and Impromafia as a whole may have faced in creating this work.

“For a directorial challenge, I think for the director, if I can speak for him, probably would have been how to move from scene to scene. So, he’s done quite a fun and interesting thing where he’ll play 90s music when he brings the lights down, to initiate a different mood for every scene.”

“I guess a technical challenge that the audience should be prepared for, is that most of the performers will be playing multiple characters, but we don’t have elaborate costumes, so we just have to inhabit the characters with maybe one costume item, maybe always have a cap forwards when we’re a student and backwards when they’re a teacher or something like that.” 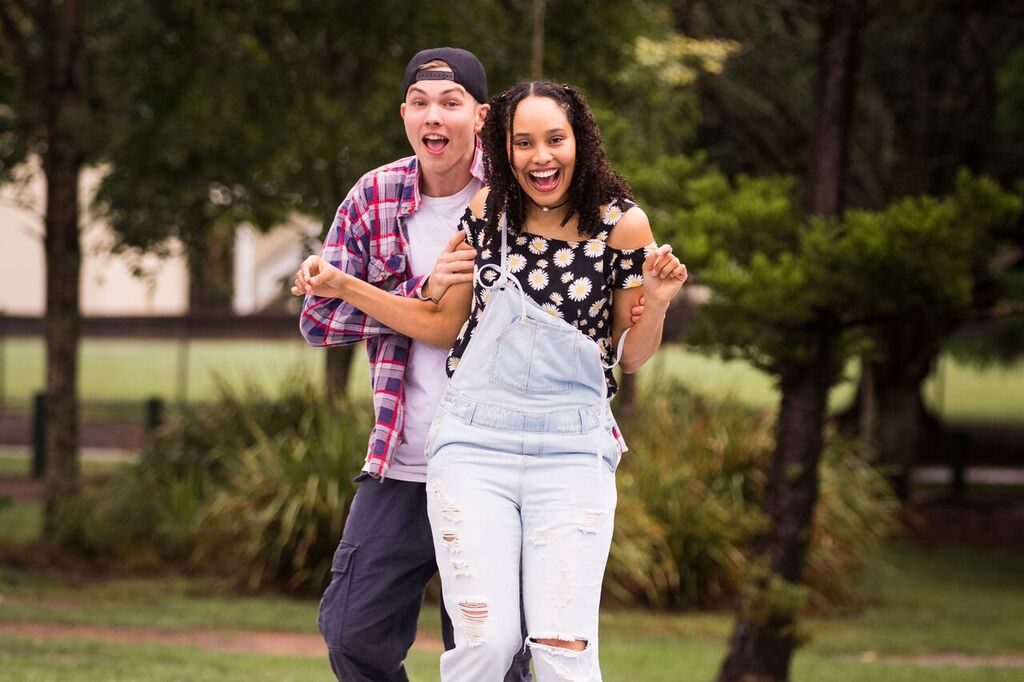 “But we really have to show that we’re different characters through our bodies, and the way we speak and our attitudes, which is an interesting element of improvisation that doesn’t really exist in other kinds of theatre. “

We wondered if Impromafia had any big plans for the future that Siobhan could divulge with us.

“We’re growing rapidly as a community, and we really want to keep working with the Brisbane Powerhouse, and keep engaging the shows with them. Impromafia has the goal, to treat ourselves like a theatre company, not like a sketch comedy crew or something like that. We want to be seen by the theatre community in Brisbane as the improvised theatre people, who are doing actual theatre that is important and worthy; worthwhile whether it’s comedic or dramatic.”

“So, in the future we’d like to keep working with Brisbane Powerhouse, as well as any other theatre festivals that are coming through. Keep training more improvisers.”

“For a lot of our current improvisers in our company, they don’t ever really plan to be a professional improviser, they want to have a social side of their life, and it’s incredibly good for mental health, as you’re not only building relationships, you’re also learning to listen, learning to release control and let other people be guided by what’s happening around you.”

“So, I guess building both aspects of our company and just being more involved in the theatre world in Brisbane is our plan.”

Curious about the Artistic Director herself, we asked Siobhan what she had worked on beyond the realm of improvised theatre with Impromafia.

“I have a bit of a spotted creative history, I have studied both theatre and film, and graduated from film school in 2017. So, I’ve been working on a TV show on the ABC called Bluey as a junior editor, and I was also the editor of a short film called Piano Mums, which has been touring film festivals around Australia.”

“This is sort of my first year as a producer, I’ve mostly been a director and actor, so I’ve faced some interesting challenges in terms of learning how to do logistics. I’ve been involved in multiple shows from Impromafia.”

“Also one of my prouder moments, I was in a show called Love You Hate You Drive You Wild by Bianca Butler Reynolds, which was one of her first works to be made, which we did at Metro Arts in 2017, and it sold out for many of the shows and she is an emerging playwright in Brisbane who I believe we will see really big things from in the future.”

Siobhan closed the interview off with a simple request to the audience.

“Come along, you’ll laugh, you’ll cringe; you might even cry. It’ll be funny, there’ll be sweeter moments, but hopefully you’ll see yourself in these teenagers and have the chance to re-live your glory years in high school, but maybe some of the things that you might have done differently as an adult.”

Electric Zebra On Their Latest EP And MGVC