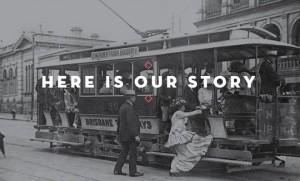 Brisbane is not the little town it once was. In fact it has grown up into a beautiful, cultural and diverse city with a bit of history to call its own.

On April 6, the Museum of Brisbane was officially opened on the rooftops of Brisbane City Hall. Once home to Brisbane City Gallery and renovated to suit the purposes of our museum, City Hall has a lot to offer in terms of history.

A beautiful view of the city positions the visitor to get a grasp of the look of Brisbane, with all its quirks, developments and unique culture. There is also access to the clock tower and views of the copper dome, says Museum Director Peter Denham. Most importantly however, there will be ongoing exhibitions highlighting the best and most interesting bits of Brisbane’s history.

To kick us off on a trail of exhibitions get ready for,Â Â Light Fantastic: Expo 88 Parades Re-wiredÂ Â recollection of memories of the world-class Expo 88. Featuring a behind the scenes view of what it was like putting together a float for the parade and the opportunity to share you own memories at the 612 ABC memory booth.Â The River: A History of Brisbane,Â  my fellow art lovers, is an artistic representation of Brisbane’s DNA – or the stuff that makes Brisbane what it is. Finally, we have PanoramasÂ an interactive exhibition comparing panoramic shots of Brisbane in the 1860’s to Brisbane’s landscape today.

Clock tower tours will be taken on a daily basis, allowing visitors to roam the rooftop of Brisbane City Hall and to drink in the view of such a modernised Brisbane. Be sure to visit our new Museum at Brisbane City Hall in the city and let us know what you think of the renovations!