A Look Inside 'Do You Wonder About Me?' with Diet Cig 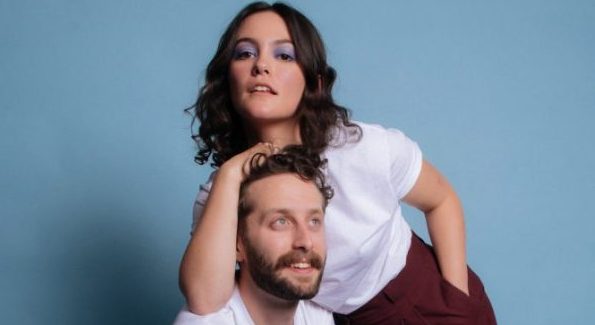 Emerging from their hiatus, New York’s Diet Cig have returned with one of this year’s finest albums. Deeply striking and inquisitive, Do You Wonder About Me? is the duo’s sophomore album, arriving three years after their debut Swear I’m Good At This.

We recently caught up with Alex and Noah to discuss their new music, release anticipation and jarred plans.

“I’m so excited. I’m just stoked for everyone to hear the full album. Putting out singles is so fun, but it’s so hard just sitting on the rest of it,” Alex says.

“We sit for so long, it’s been done for like six plus months, it feels like ‘if anyone could just listen to it!'” adds Noah.

With their plans for return ‘flipped upside down’ by the COVID-19 pandemic, Diet Cig have taken these tumultuous times in their stride. With music videos and touring plans pushed aside, the band stuck to their intended release date and powered through.

“We kind of went, ‘alright well, we have to get creative. We’ve got to adjust to what’s going on because we’re still going to put the record out on time.'” Noah explains. “It’s been a lot of back and forth with our team and trying to pay attention to the news as well and what everyone else is doing in the music community and trying to come up with ideas and try to have fun with it and try to stay excited.”

Alex says the unprecedented times kept the duo on their toes, and we’re impressed with just how well they moved forward. Diet Cig’s release arrived hot on the heals of a virtual album party, some impressive Tiktok efforts. In fact, it seems the Diet Cig fan community is as involved as ever with the new album release.

Before the chaos of 2020 hit, the pair invested in some well-deserved time off to create Do You Wonder About Me?.

“Yeah so we took most of 2019 to write the record. We took it off of major touring which was really nice. We had never really taken that large of a chunk of time off of touring, since we started this band. So, we really gave ourselves some space to get into writing, but to other forms of art. We did a lot of visual art, did a lot of rock climbing and cycling and stuff. I think it really helped us not experience that sophomore slump that everyone talks about. I feel like all the pressure was really lifted, because we gave ourselves this space to write.” Alex explains.

“So we took the whole year to kind of write the record that we wanted to and ended up finishing and writing a lot of our favourite parts of the album in the studio in the fall,” she continues. “It was really cool, we got to collaborate with Chris Daly, who’s been our producer in the past. I feel like it was a really relaxed way to do it.”

That breath of fresh air served Diet Cig well. Do You Wonder About Me?, gleams with a sense of reinvention, while staying true to the dynamic musicianship that earned the duo’s place in the hearts of fans worldwide.

“…Our last records we wrote in between touring and we just didn’t want to do that again on this record because it was such a ‘okay we’re home for this amount of time, we’ve got to get something done’, but going into this one, we were like ‘okay let’s actually set aside this time so we can kind of like sink into it,” Noah says. “We were in the studio for a month, and we just kind of like had fun with it, were patient and got to experiment with it and got to try things we didn’t get to before. It was a fun process this time. The other one was too, but this one was more chill.”

Part of that same break saw Alex explore the world of visual art, something that saw to the evolution of Diet Cig’s look. 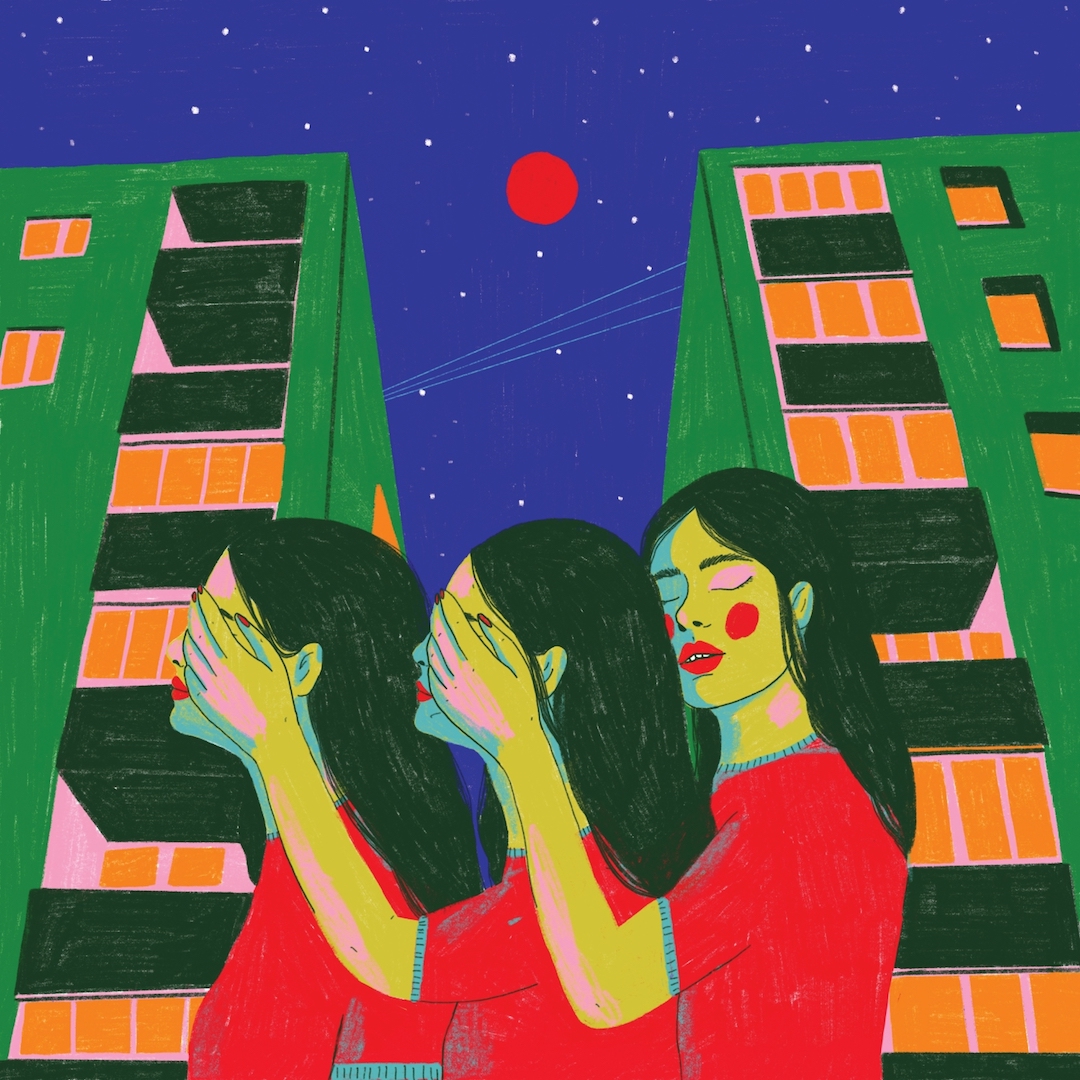 “I definitely started diving into illustration and design a little bit more, making prints and stuff. So I started following a lot of artists that I really admired on Instagram and tried to curate a feed of stuff that would inspire me, and I did find Dessy Baeva who did our album art and Shannon Levin who did our logo and some other type design. I found them on Instagram because they really inspired me when I was making my own art” she says.

“So when we were going into making a lot of the visuals for this album cycle. It was like the question, everyone was like ‘Alex are you gonna design all this stuff, ’cause you’ve been kind of doing stuff?’ and I was like, ‘No! I want to hire these artists that I love, that I’m so obsessed with.” And I don’t know if I would have found them if I hadn’t kind of gone on my own visual art path. Even so, these artists really inspire me in making my own art. It was such a dream getting to collaborate with them, I was fangirling the whole time,” she laughs. “I definitely think taking the time to focus on visual art, for me, really led to these collaborations that we’re so excited about.”

When asked how to best describe the new release, Alex laughs and says “Alex looks in at herself”.

“I feel like the title really sums it up; the question of ‘do you wonder about me?’.  The record is a lot about looking in at yourself and trying to reflect on where you’ve been, who you are and how you are perceived by other people in contrast to other people. In contrast to our last record, I was emoting outwards. It was a very expressive album. This album feels very introspective, and raises a lot of questions and doesn’t give a whole tonne of answers. It definitely looks ‘in’ a lot” she reveals.

It’s releases like Do You Wonder About Me? that remind us of the importance of new music in these tough times, ultimately, its timely, charming and one for the pool room.

Karin Schaupp Day in the Life