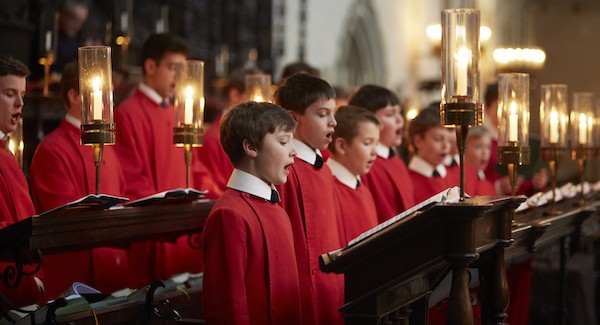 Having missed the recent tour by the Tallis Scholars, I was eagerly awaiting this treat of first class choral performance by Stephen Cleobury and his Kingâ€™s College Cambridge Choir.

Touring Australia for Musica Viva, Kingâ€™s College Cambridge Choir offered each concert city one of two programs for their performances across the country. Brisbane received â€˜Program 1â€™ which was used for all performances except for two concerts in Melbourne. The repertoire choice can best be described as a choice of Tapas before the interval and then one meaty main course; the Faure Requiem which this ensemble has recently recorded.

The Tapas selection that I refer to was a combination of traditional Renaissance Paestrina and Byrd, mixed with some Britten and some more contemporary Australian flavours, obviously chosen for this specific tour. 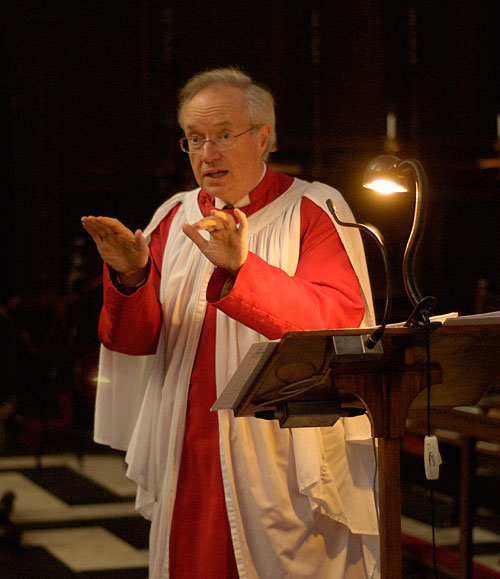 The opening Charles Parry piece was the only part of the program representing the Romantic period. Parry is rarely known outside of sacred music and church circles, and Hear my words, ye People doesnâ€™t deviate being a selection of Bible Text set to Parryâ€™s musical lines. The harmonies do not push the boundaries, but the voices are rich, and the bare elements of the pipe organ and voices do a good job of taking the audience back in time. I will also add that whilst conservative (and dare I say predictable) orchestral music can sometimes come across a bit stale, I find that the vocal timbres of this choir ensure that the performance of choral music is refreshing to the ear.

It is also rare that Brisbane audiences get an opportunity to be exposed to the sight and sound of an all male choir at this level (Birralee Blokes are not bad, but this is a whole other level). Right from the first note the musicianship is sublime; every accurately pitched note slides to the next correct note, with the utmost dynamic control. Music from this program performed by many community choirs would see pitches slip, but having seen Cleobury in action at his Masterclass 24 hours prior, I learnt that not only would this conductor and his musicians be so attentive to slips in pitch, but they also deploy so many pre-emptive techniques to avoid it.

The Byrd and the Palestrina just take me back to the unavoidable early music classes; when you study this music by listening to recordings it is undoubtedly beautiful, but seeing it live is something else (and probably almost impossible to describe). The blend and the balance of this choir’s parts was just exsquisite! The diminuendos were just spine chilling; recalling from last night’s Masterclass that this no easy achievement in choral music.

I really appreciated the Australian selection to this program, and more so once the singing started. The Sculthorpe composition, Birthday of the King, had this underpinning harmony which is long, sustained and repeated.

Like other Sculthorpe works it seems to strongly reflect natural landscapes.

As the choir commenced the Dean piece, you could hear a pin drop. The dissonance was lovely â€“ to me this is modern Monteverdi! The slow pulse lets you absorb every note. On another obscure tangent, the opening sequence of notes reminds me of a Brisbane derived piece of popular music; â€˜Thatâ€™s when you come to meâ€™ by Aria winning band George. The Queensland Conservatorium has been making its mark in the last 25 years.

To complete the Australian selection, the Vine is as technically difficult as the Dean; it is somewhat Messiaen-like as a sonic comparison. You cannot but help appreciate these Australian compositions when performed by such talented and disciplined musicians!

The longest piece of the first half of the concert was Brittenâ€™s Hymn for Saint Cecilia, and it was during this composition we got to hear the solo voices of the Choir of Kingâ€™s College Cambridge shine. The contrasts between them were awesome, the counterpoint exquisite, and it was made even more special by the masterful control of the dynamic.

The Faure was worth the entry fee. My standouts; the organ accompaniment was exceptional, the baritone solo part throughout Libera me was A+ (and silky smooth), and the arpeggiated upper registers of organ vs sweeping younger voices in Paradisum movement left me wanting to hear more.

When I heard that the Choir of Kingsâ€™s College Cambridge sung a Birtwistle hymn I almost felt cheated that we would not be hearing it. Nevertheless this was still a diverse program of choral music; and performed at a level Brisbane audiences don’t get to see very frequently. I didn’t get to see the Tallis Scholars unfortunately on their recent tour, but with these two superstar groups performing in Brisbane in recent succession, I hope it is not too long before it gets another choral music performance of this caliber again.