A Sinful Bite: An Interview with Brief's Fez Faanana

We had the chance to chat with co-founder and director of Briefs Factory International (BFI), Fez Faanana, about what makes a show in 2020, BFI’s hopes for next year, and Fez’s own experience with his theatrical flight path.

Fez immigrated to Australia at age of five to a “land of opportunity.” It afforded him the chance to study theatre and dance and fall head over heels for the craft. His development through his career has afforded him a unique view of his own identity. “I kind of have given myself the title of the lovechild of the Ringmaster and the Bearded Lady of the circus. I guess, in the traditional circus, there’s the main tent, which is the core home for all the skills, all the razzle-dazzle. And then at night, there was the side tent which was where the bearded lady would reveal herself. Or there would be the burlesque component or the more risqué stuff. And what Briefs and myself, have really championed was about really bringing those two worlds together.

“The pressure was to become, all those conventional things. You will come here, you will study you will play rugby, you will be a lawyer, you will be a doctor. All those things. I guess those things definitely make up who I am because it was about whether or not I pushed against it, or whether or not I went with the flow I think I did a combination of both. But I also carried the spirit of opportunity, with my parents. They’ve created this opportunity, but with that opportunity comes…for me it wasn’t about being a lawyer, or a doctor, or playing Rugby, even though I played Rugby for as long as I could to keep my parents happy, but I guess at that point I said “no I want to study theatre, I want to study dance. This is actually what you’ve done, what you’ve worked towards is not about dictating what I should be doing it’s dictating the opportunity to be able to have the freedom to be able to choose my flight path.” While Fez mentioned this conversation with his family is still an ongoing one, for the most part, their acceptance of Fez’s “flight path” is something that has afforded him the freedom to follow his dreams and desires. “I guess that’s how we’ve come to this company [BFI] that is about acknowledging and celebrating individuals and making sure that people have the license and the freedom to be able to follow their flight path as long as it doesn’t hinder or fuck with anyone else’s flight path.”

So back to Bite Club – how has Brisbane been loving it so far?

“If we’re talking about ticket sales, Brisbane has come at Bite Club in full force with all robust and gumption, in their back pocket. We’ve released the eight shows in two weeks, which sold out five weeks out from the season. Which is a massive feat, and as an artist who’s constantly having to juggle between the importance of creativity and the importance of logistics of actually selling tickets to make things viable. That is such an amazing thing to be mid-process of making a show and to sell out the season. It’s also nerve-wracking when you’ve sold out a season and you haven’t finished the show yet…So that gave us a lot of freedom and a lot of pressure to make sure we bring our A-game.

We also understand that in this current time and this current terrain, that our whole planet’s dealing with we also understand that there are artists that aren’t working, there are artists that aren’t even able to leave their homes. So we’re not taking this for granted at all and we’ve felt the pressure and we really wanted to bring something creatively that was about celebrating, that was really celebratory and was about acknowledging what’s going on and acknowledging our role in moving forward as a city, as a state, as a country, as a planet, we kind of really wanted to make sure that we wanted this show to be about celebrating individuals and celebrating what’s in front of us, which is just really the essence of the show.” 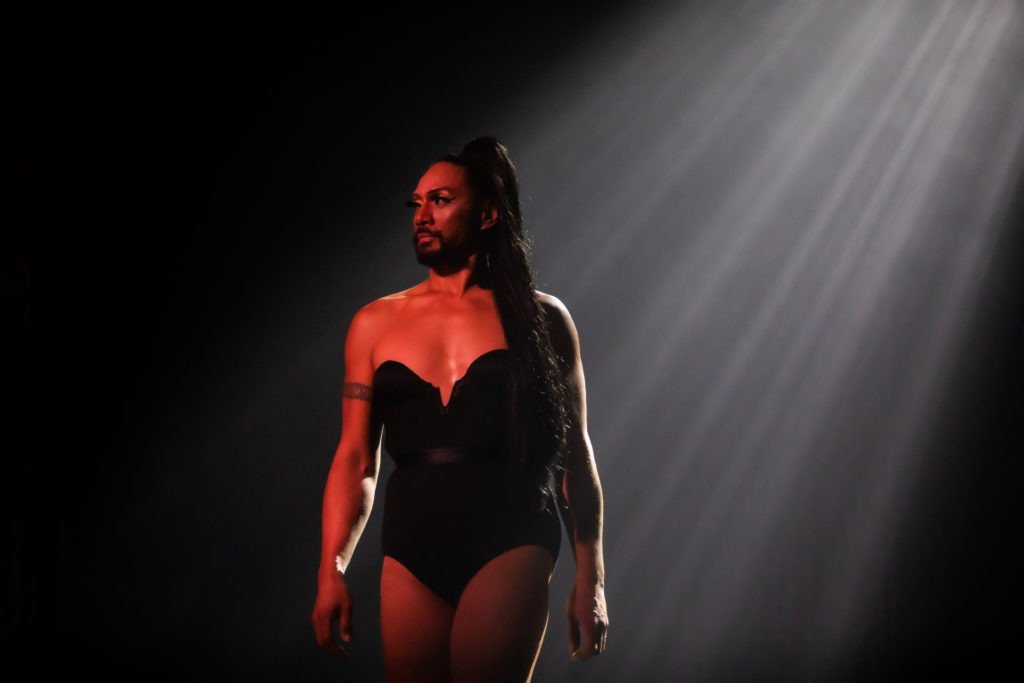 Our next question focussed on the impact COVID-19 has had on BFI. Fez answered carefully, with a sadness in his voice that demonstrated louder than words how this pandemic has affected the Arts industry.

“As a company, as Briefs Factory, on an administrative level, we had to cancel many artists and many people in their profession had to cancel their plans. We spent the beginning of the year doing interstate Australian touring. April-May is normally when we go overseas…So canceling is one thing, and I think we also put that in our priority – the priorities about safety, the priorities about family, and as a result of canceling, our priority was about supporting our artists to be able to be at home, with their people…Wherever our artists needed to be we made sure that they were there, and if that place needed to be with us, then we did that as well. We found ourselves negotiating, in amongst the complications of interstate travel – it was an on-going and still is an on-going negotiation, so for example, we brought one of our performers up from Sydney, who did the quarantine, and then for the first time since 1999 I’m in a share house again in Brisbane.

We were lucky enough to be in Queensland, lucky enough to be able to pivot and negotiate some regional touring. Which kind of was a double-edged sword. So, us being able to work, and us being able to create a safe and creative experience for audiences in isolated parts of Queensland, to be able to engage with performance, engage with creativity and also have a bit of a party and I guess that’s what the nature of Briefs is about, creating, again, a celebratory space for audiences to be able to come and engage with artists and their artistry. So we were lucky enough to do a regional tour that took us to Mackay, Townsville, Mount Isa, and Toowoomba. So, we feel really lucky that we’ve been able to perform, to tour, and have been able to bring our artists from Victoria and Sydney up to Queensland so we can protect them and get them an opportunity to continue their practice.”

With Bite Club, not only does Brisbane get to experience the joy of seeing live theatre again, but also live music. Fez went on to explain his favourite element of the show, and firmly stated that the live music element was his favourite of the show. 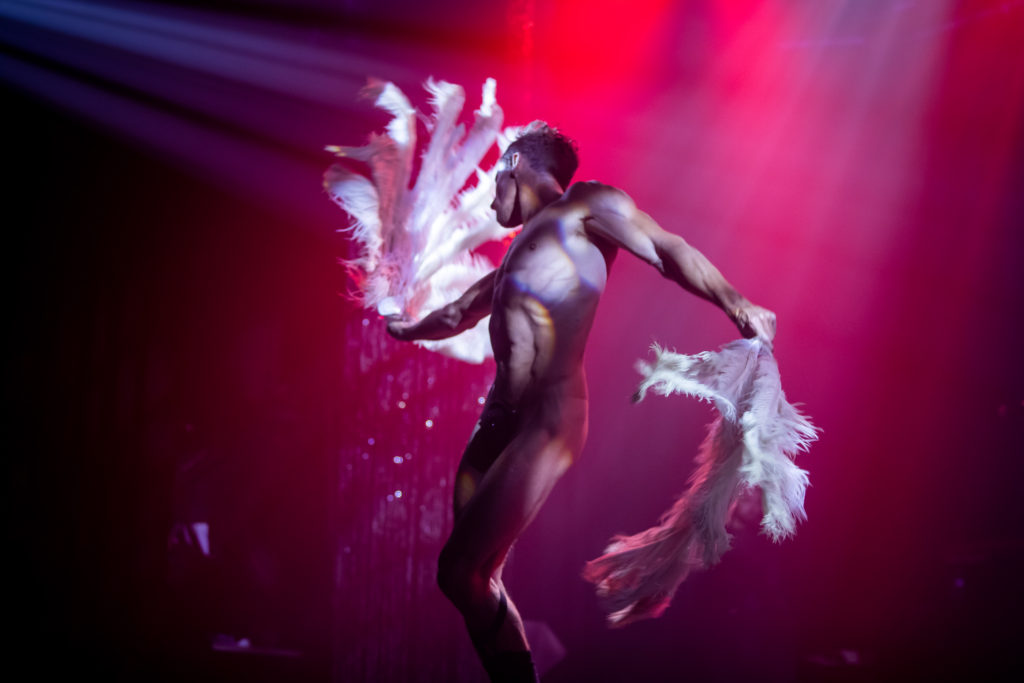 “My favourite element is something that is definitely about the live music component. This is a collaboration that has come in a really stunning, beautiful way. But the fact that we have the opportunity and the luxury to work with live musicians for the very first time in a really kind of turned out and mapped out collaboration. So, to work with Sahara Beck is mind-blowing. First of all, we’re big fans. So, we still fangirl and giggle at the fact we’re in the same dressing room as her. But definitely, the opportunity to devise work with the original score that’s been created by this gorgeous, creative creature Sahara and her band has been a really amazing experience to have an immediate, responsive music element.

To date, we’ve only ever worked with pre-recorded music so it’s very rigid, and very – we will continue to do that. This has just added to our repertoire. So being able to have a musical element that is responsive and immediate, and that you can have eye contact with this musician on stage, that gives you the license to be able to ebb and flow with whatever is going on. With a costume malfunction, with a rigging situation that’s not going right, and then just being able to creatively make decisions on stage and have the license of the music to be able to support you in organic ways is just such a luxury and a new experience that is going to change the way that Briefs looks at performance and the way that I look at performance as well.

That’s one of the biggest elements for us is being able to collaborate with live musicians and create work that every night is different. It’s choreographed at the core of it, the music is rehearsed and composed, but there are always moments that we can milk, and we can milk collectively, and having nine people on stage at once is a really cool feeling, not only just the energy of nine people just the feat of being able to pay, and employ, and engage with nine artists at once is a mission that’s been ticked. And we just want to keep continuing doing that.” 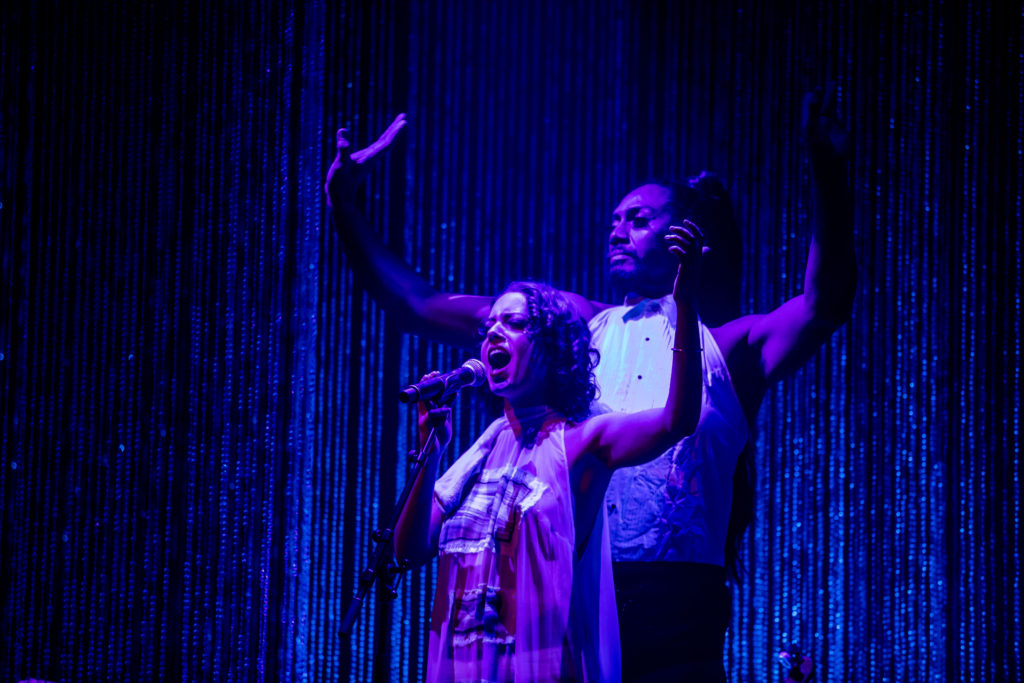 BFI will celebrate its tenth year with Fringe World next year, and Fez was optimistic about their next performance in Perth.

“Aside from the Tivoli, Fringe World is the only other festival that we’ve sold out before arriving. So, we have a great following that we’ve developed over the last ten years. We were in the program next to all the big shows like La Soirée and the big French shows. We were always on the kid’s table. And so this year, I feel like we have kind of really proved ourselves and earned our stripes and it’s been nice to be invited to the big kid’s table and to stick to our guns and to continue with what we feel is right. I don’t think there’s any rule book to that I think at the core of it we know we are independent artists…and I try my best…to work within our ethos and our mantra but really try to give everybody the opportunity to have a voice and operate as a collective, which spreads the flames as well. So we’re looking forward to Perth, we’re looking forward to bringing our brand new show so this will be our fourth production that we’ve taken to Perth. We’re looking forward to introducing Sahara and the band to our audiences, I believe Sahara has been to Perth once before. So we’re looking forward to getting her existing fans and building some more fans and I don’t think Perth is expecting this new show, we weren’t expecting it. This is a really exciting collaboration that came out from fangirling at Woodford earlier this year.”

The interview was reaching the end. As the rain pelted down on roofs across Brisbane, with the promise of green on the other side, we asked one final question – any last words? Fez did gave a rely steep in hope but one sentence stood out as a message to those suffering at the hands of this pandemic: “We have a role in this.”

There are still limited seats left in the season of Bite Club, but if you can’t make dinner and a show, be sure to follow BFI’s socials for more fabulous news on upcoming performances!

‘Our Town’: Beauty in the Everyday with Queensland Theatre