AAA Backstage is turning 5 with one hell of a party 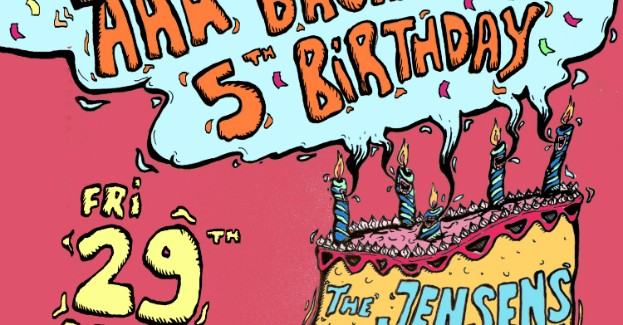 Brisbane music blog AAA Backstage is turning five and to celebrate they areÂ throwing a birthday party for all theirÂ Brisbane readers and fans!

They have all musical bases covered, with everythingÂ from rock, electronic beats, and folky songstresses on their bill. AÂ night of good vibes and bad dance moves is guaranteed with local retro-rock aficionados The Jensens headlining the show. Artists will play across two stages, so there wonâ€™t be any dull moments before singing Happy Birthday!

Sunshine Coast songstress Ayla will be performing fresh from her tour with Kate Miller-Heidke, and Sahara Beck will bring her quirky vocal style and acclaimed songwriting to the mix. Lastlings will cool off the stage with their chilled vibes after sets from Machine Age,Â The Strums, andÂ Silent Feature Era.


Keelan Mak willÂ bringÂ his loveable indie-popÂ style to the mix and killer Brissie 4-piece Youth Allowance round out the lineup with their quirky cool, guitar-driven popÂ sound. There’s Â also a secret major act on the lineup who won’t be announced until a week out from the show on the 29th…

Come wish AAA Â a very happy bâ€™day and enjoy a stellar night of live music from some of the best acts in south-east Queensland!