The Adelaide Cabaret Festival - What Comes Next?

The Adelaide Cabaret Festival is set to be a big one this year.

With the quality of the shows continuing as they have been in other years and with the introduction of more family friendly acts, this year’s festival is going to be a whole barrel of fun for young and old alike. In the lead up to it next week, we chat with one half of the great Artistic Directing duo, Ali McGregor, to get the latest on what’ll be happening.

The Creative Issue: How has it been teaming up with Eddie this year?

Ali McGregor: Itâ€™s been fantastic. Eddie and I have known each other for upwards of ten years. And weâ€™ve always been admirers of each otherâ€™s works, weâ€™ve worked a lot together on the circuit and I think we knew from when this suggestion was first brought up that we had similar tastes in shows and acts. So we have different interests but similar tastes so itâ€™s been pretty good thereâ€™s not really been anyone that weâ€™ve disagreed on that much so weâ€™ve just been able to cast a very wide net across the industry I think.

TCI: What does this festival have that others before havenâ€™t?

AM: I think that wide net aspect has been a really big part. We wanted to take a snapshot of where cabaret is today – absolutely honouring its past but also very much looking to its future. And having a conversation with our audience about what cabaret is and what comes next. I think thatâ€™s a been big tagline – Â â€œWhat comes next?â€ – to see what the potential for this genre has been, and with that in mind, thereâ€™s a lot of acts that weâ€™ve booked that are from the kind of alternative cabaret, scene weâ€™ve added burlesque and danceÂ into it that hasnâ€™t often been there. And not only have we got the biggest burlesque star in the world, Dita Von Teese, we also have Birds from Finucane and Smith who are kind of leading the way in really avant-garde performance art and burlesque and variety. Itâ€™s been a fantastic angle and weâ€™ve also made sure thereâ€™s quite a lot of family entertainment which has not always been associated with Cabaret as a genre. But both of us have our fairly obvious interest in family entertainment. We both have young kids and I have a kidâ€™s album show that I perform a lot. Weâ€™re both really open to how wonderful kids can really connect to this art form because it is such an intimate art form and kids love that, they love being talked to and being part of the action.

TCI: Youâ€™ve had an extensive career in performing arts and not just cabaret. Have you drawn on your varied skills and experiences to put together this yearâ€™s lineup?

AM: Well absolutely I mean I did start in opera and having a bit more of a classical element is something â€“ I had a long term goal for the festival. We do have the involvement of the Adelaide Symphony Orchestra, with some of the big shows with Tripod and with Frank Woodley this year which is fabulous. So thereâ€™s definitely that. I think also just from a more producerâ€™s point of view: for the last ten years Iâ€™ve produced all my shows but also Iâ€™ve produced a variety night at the Melbourne Comedy Festival the last ten years and within that Iâ€™ve kind of had my own mini cabaret festival where Iâ€™ve booked shows, Iâ€™ve really worked out how to put a program, put an evening entertainment together. But also, Iâ€™ve also kept my eye out so I donâ€™t think youâ€™ll really find a cabaret artist at the top of their game in the world that I donâ€™t know of. I get out amongst it and I kind of know whatâ€™s going on so thatâ€™s been a good resource to have when putting together this festival. 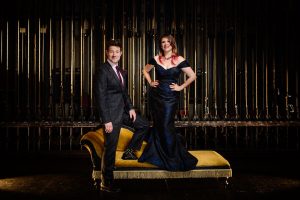 TCI: Whatâ€™s the Family Gala going to be like seeing as itâ€™s its first year?

AM: Yeah, so thatâ€™s one of those aspects of bringing your family – the Family Gala is not going to be filled with kidâ€™s entertainers. Rather we have shows and acts that are in our program already that I know have acts that kids and people of all ages will really love. So weâ€™re in no way talking down to kids – I know that my kids get to go and see shows just because of who their mum is and they all absolutely love it. They donâ€™t have to be talked down to, so thatâ€™s what Iâ€™ve been wanting to present – a beautiful red carpet gala that you can bring grandparents, you can bring kids thereâ€™s not going to be any uncomfortable moments but thereâ€™s going to be just stuff that everyone really enjoys. Thereâ€™s not that much in the Arts these days that you can go with your kids that is something that you actually really enjoy as well – it seems to be split into kidâ€™s entertainment and adult’s and so we wanted to create something that was quite literally for the whole family.

TCI: Whoâ€™s slated to be crowd pleasers or pleasant surprises in this yearâ€™s line up?

AM: The crowd pleasers are probably the obvious ones like Dita Von Teese. We have a wonderful New York Cabaret artist called Amy G, sheâ€™s part of La Soiree, and sheâ€™s the closest thing I think youâ€™ll see to a true vaudeville performer. Sheâ€™s good at slapstick but also has got an incredible voice, sheâ€™s a show girl, a diva but just a kind of professional fool as well. Sheâ€™s a fantastic act and sheâ€™s not really very well known here at all, so I think sheâ€™s going to be a pleasant surprise. I think a lot of people from our audience donâ€™t know Sammy Jâ€™s work that well. A lot of younger people know Sammy J and Randy from their show Rickettâ€™s Lane on ABC and from their work at comedy festivals. But Sammy is coming out to do his solo show, heâ€™s an incredible song writer and heâ€™s a wonderfully funny man so his show will be fabulous. I think the Tripod show with the Orchestra is bound to be great, but my absolute tip if you want something late night and anarchic is Miss Behaveâ€™s Gameshow. That is the most fun Iâ€™ve ever had in a show when I was there in Edinburgh, and sheâ€™s a good friend of mine so luckily I can go a lot, but I went almost every night. Sheâ€™d pick everyone into two teams – iPhones and other phones and then itâ€™s just absolute chaos and itâ€™s just so much fun so I think itâ€™s going to be a real winner.

TCI: The quality of the Adelaide Cabaret Festival has been high in the past. What have you and Eddie done to take it to the next level?

AM: I think weâ€™ve absolutely kept that standard because weâ€™ve both been performers at the festival and we know that because the standard has always been so high, the audience are very trustworthy of the festival. And theyâ€™ll go and see shows, so weâ€™ve benefitted from that trust in that when I first did the festival six or seven years ago, people came to my show just on the back of me being booked by the festival, because they know theyâ€™re not going to be booking sub-standard acts. So we knew that we had to absolutely keep that standard up because the audience deserves to keep their trust in it. So what weâ€™ve kind of done is weâ€™ve looked outside and expanded the genre and gone and looked at more alternative acts etcetera, weâ€™ve only found the absolute best of those forms so when we get burlesque weâ€™ve got the two best acts from different angles in the world, Â when weâ€™ve got dance weâ€™ve got something really incredible, when weâ€™re getting something with the Orchestra weâ€™re getting two of the finest comedic groups in Australia. We’ve absolutely made sure weâ€™ve got the highest level of acts that we can in any genre so weâ€™re very aware of that trust and in no way wanting to ruin that. 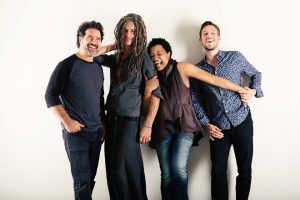 TCI: What can audiences expect from your own show?

AM: Well Decadence, Iâ€™ve put together a similar show to Edinburgh Fringe Festival this year because it was my tenth year doing that festival. So Decadence refers to the decade I have been doing cabaret since I ran away from the opera and joined the circus. So itâ€™s kind of a best of really, itâ€™s just celebrating where Iâ€™m at after ten years of doing it. And really celebrating the form of cabaret and just doing my absolute favourite songs to perform for everyone.

TCI: You said last year you wanted â€˜intimate classical performancesâ€™ and â€˜old fashioned variety acts.â€™ Have you found acts that you think fit the bill?

AM: Amy G is definitely an old fashioned variety act, and I think really Miss Behave is an old fashioned variety act to a degree in a different kind of way. The intimate classical we havenâ€™t had so much this year, there was a few acts that weâ€™re hoping weâ€™ll get next year that just didnâ€™t work out this year. But having said that we do have Hue Blanes who is a beautiful jazz pianist and singer and his show is truly intimate. So yeah, I feel like Iâ€™ve absolutely achieved what I set out to do.

TCI: So you and Eddie will be Artistic Directors next year as well?

TCI: Where do you think this festival can go next?

AM: Oh look I think thereâ€™s always room for improvement. The fact of the matter is that cabaret, as I said, â€œwhat comes next?â€ the whole genre is a work in progress, I think. Just as performers start finding new ways to present cabaret shows we will present them to the cabaret-loving audience so I just hope the festival grows with the genre.

Plenty of Scares in Little Shop of Horrors!