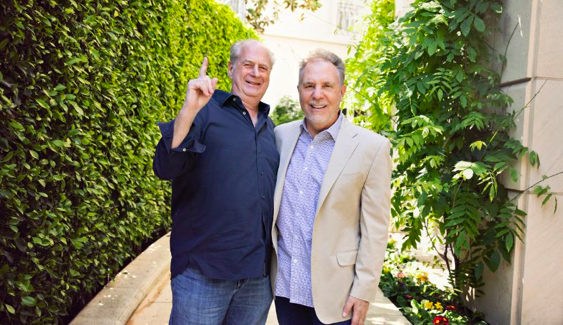 Frontier Touring have already made a huge impact to Australia and New Zealand basically being the reason we see as many international acts as we do. Operating for the past four decades, chances are you’ve been to one of the shows Frontier are responsible for bringing here. This includes Arctic Monkeys, Paul McCartney, Bruce Springsteen, Drake, Taylor Swift, Foo Fighters and heaps more.

AEG is one of the largest live music companies in the world and is dedicated to tour promotion, global and regional tours, and world-renowned festivals. They represent a huge range of contemporary artists and an array of music festivals including the iconic Coachella Valley Music Festival. They promote more than 11,000 shows annually around the globe so it’s pretty exciting to get them on our team.

CEO of Frontier Touring, Michael Gudinski said: “Frontier Touring has been fiercely independent since its inception in 1979 and there is no doubt that we’ve batted well above the average on a global level in recent years.  AEG Presents has had a successful track record of partnering with independent promoters and allowing them to keep their entrepreneurial roots while also supporting their growth. This next step is about ensuring that Frontier, AEG and our joint venture partners Illusive Presents and Chugg Entertainment raise the bar in the Australasian live market higher than ever before.

Gudinski continued, “As demand for live entertainment continues to grow across Australia and New Zealand, we are incredibly excited to be working with a global entity like AEG Presents and the opportunities that it can bring to our business.

The official start date for the partnership is July 1, 2019 and it seems as though there are some exciting things to come for live music in Australia.

Orchestras and Acrobats: An Interview with Jane Sheldon