Israel is rarely recognised for its film-making industry. It’s not for a lack of talent.Â

Though perhaps it is also not altogether surprising; so much time is given to reporting the conflict of the Middle East that little attention is paid towards the rich artistic culture of the isolated nation. 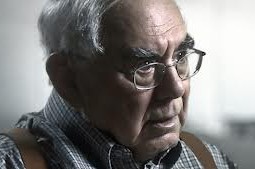 Brisbane audiences will get the chance to see some of the most recent films to join their ranks when the AICE Israeli Film Festival opens on the 20th of August at Palace Centro, Fortitude Valley.

Now in its second visit to the Rivercity, the film festival will provide locals a rare glimpse into many of the often forgotten experiences of everyday Israelis carrying on with their familiar and yet totally foreign lives.

Festival co-curator Keither Lawrence said audiences could expect to see be immersed in all aspects of Israeli society.

â€œA common thread in many of the films this year is the concerns of young adults â€“ social, sexual and political â€“ whether Jewish, Christian or Muslim.â€

Kicking of the festival on August 20 will be The Ballad of The Weeping Spring, described as â€œpossibly the first felafel westernâ€, the film follows the travels of a man on a mission to find a band of musciansÂ  before his time runs out.

Tickets to the open night start at $33 for Movie Club Members and include nibbles, drinks and live entertainment.

Also to be featured is the Oscar-nominated documentary, The Gate Keepers directed to Dror Moreh.

The critical darling delves into the secret world of the Israeli Shin Bet, the countryâ€™s secret internal security agency. 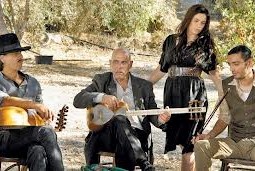 The Ballad of the Weeping Spring. Source: AICE.

The film featuring interviews with former agents, a former director, and historical footage to bring the remarkable account of the Six-Day War to modern day audiences.

Empire described The Gate Keepers as â€œinsightful, revelatory and profoundâ€; Rotten Tomatoes gives it an impressive 93% approval rating. It’s an experience not to be missed.

The Israeli Film Festival provides a great way for Australians to learn more about this mysterious promised land and challenge what the media tells us to think.

The fact that its sure to be an entertaining ride is just the schmear on the bagel.

Rules for writing fiction from the fame before us