I See Me & Meryl Streep charts the extraordinary life and talents of the most celebrated actress of modern times. We chat with Brisbane born actress Alexandra Keddie about bringing the icon to stage.

In I See Me & Meryl Streep, audiences will be presented with a whirlwind tour of Streepâ€™s most famous roles, accents, acceptance speeches and songs from the poster-filled bedroom of Merylâ€™s greatest fan, a 17-year-old girl with the dream of being a â€˜somebodyâ€™.

Featuring music from ABBA, Sondheim, Ray Charles and more ABBA, I See Me & Meryl Streep is a nostalgic exploration of some of cinemas most loved and memorable characters.Through sequins and hilarity, Alexandra Keddie reminds us all what it feels like to have stars in our eyes and the world at our feet.Â

TCI: What led you to write a show about Meryl Streep?

Alexandra Keddie: Sheâ€™s the best there is! Thereâ€™s also something quite enigmatic about her, we know the actress but itâ€™s the woman who we are less familiar with. Meryl said during an acceptance speech once â€œIâ€™ve played so many extraordinary women that basically Iâ€™m getting mistaken for one.â€ But for me, born in the 90s in Tasmania, this woman who is the vessel for great stories has meant something to me. I was the 12 year old who’d go to school and quote Silkwood and Kramer vs. Kramer. In the showÂ  I play, quite autobiographically, a young girl who doesn’t fit in, who feels misunderstood and out of place, but through Meryl Streep she feels safe and finds her bravery. The showâ€™s undercurrent is about the power of celebrity and heroes and in finding that core theme, I found the heart of the show. In a world where celebrity is almost a religion, I feel what better icon than someone with such humility, generosity and dedication.

TCI: You ran into Meryl while you were studying in New York. What was that experience like for you?

Alexandra Keddie:Â Surreal! Her sonâ€™s a musician and I saw he was doing a show in Brooklyn, so I went along but didnâ€™t really think sheâ€™d be there. It crossed my mind that she might be but I assumed, if she was, she’d be surrounded by lots of people in a dark corner separated by a velvet rope or something. But she was literally right next to me in a white jumpsuit, being all elegant and etherial. I knew if I didnâ€™t say anything Iâ€™d kick myself but itâ€™s Meryl Streep so I burst out crying and gushed like a true sycophant. I told her how she’s inspired me and probably out of pity, she hugged me and wished me well. Iâ€™ve not showered since that hug.

TCI: What preparation did you have to do in order to become the legend that is Meryl Streep?

Alexandra Keddie:Â Becoming totally obsessive and driving everyone around me totally mad. All I talk about is Meryl. I watch her movies and interviews, basically anything I can get my hands on. I do a lot of driving too, so I have a playlist on my phone with all the different songs and voices, my rehearsals have involved a lot of talking to myself in the car.

TCI: A one woman cabaret show is not an easy task to pull off. What challenges have you faced in bringing your idea to the stage?Â

Alexandra Keddie:Â I donâ€™t think I realised what an undertaking it was going to be until people kept saying how brave it was. Then I freaked out and was riddled with self-doubt and then realised that people do this all the time and itâ€™s challenging but totally doable. The challenge is the juggling of all the hats you have to wear, until you have any kind of budget you are everything, making an Oscar out of a Ken doll and gold spray paint then emailing reviewers and trying to get people to come to your show then deciding what lighting you want. Itâ€™s all good fun though and Iâ€™ve had some amazing people around me whoâ€™ve been ridiculously supportive and listened to me whinge and moan and talk about myself a lot. Itâ€™s a one woman show but there are a lot of people whoâ€™ve made this happen.

TCI: Who do you recommend go and see the show? Do you have to be a fan of Meryl Streep?Â

Alexandra Keddie:Â Fortunately, there arenâ€™t many people Iâ€™ve come across who donâ€™t like Meryl, and if they donâ€™t I don’t want to know them. Iâ€™m kidding, hopefully the non-believers come and are converted. I’ve tried to make it really accessible so the references don’t go over people’s heads, I had to keep reminding myself that not everyone is as fanatical as me. Ultimately I think if you’re keen on a laugh, and you’re not adverse to precociousness then you’ll have a great time. And of course movie buffs and Meryl Streep fans will hopefully appreciate some of the more specific details.

TCI: You perform various accents throughout the show. Is that something that comes to easy to you? What would you say to fellow upcoming actors who perhaps struggle with it?

Alexandra Keddie:Â Iâ€™m an only child and I spent my youth entertaining myself by imitating actors in movies and then showing off to my parents so itâ€™s been a long, pathetic process. I guess it’s like anything else, practice, practice, practice.

TCI: You sing, dance and act, how important do you think it is to be a triple threat in the performing industry?

Alexandra Keddie:Â Thank you but calling myself a dancer is a bit of a stretch, I dance a bit like a baby horse. I think versatility is pretty important though. Relying on one thing to be employed from is pretty risky, doable but risky. But I think the versatility extends further than performance. Making your own work is almost essential now and learning how to do other things in this collaborative medium just means youâ€™ve got a better chance of a steady career.

TCI:Â You studied at New York’s acclaimed Atlantic Theatre School, is studying overseas something that you would recommend?

Alexandra Keddie:Â I had such a blast at Atlantic, it was an amazing kick up the bum and I’d recommend that course to anyone. But I donâ€™t think you have to travel far for great training. Finding a great teacher who you trust and respond to is essential and there are loads of great teachers here. I’d recommend the travel though, learning more about yourself and the world gives your work so much more depth. 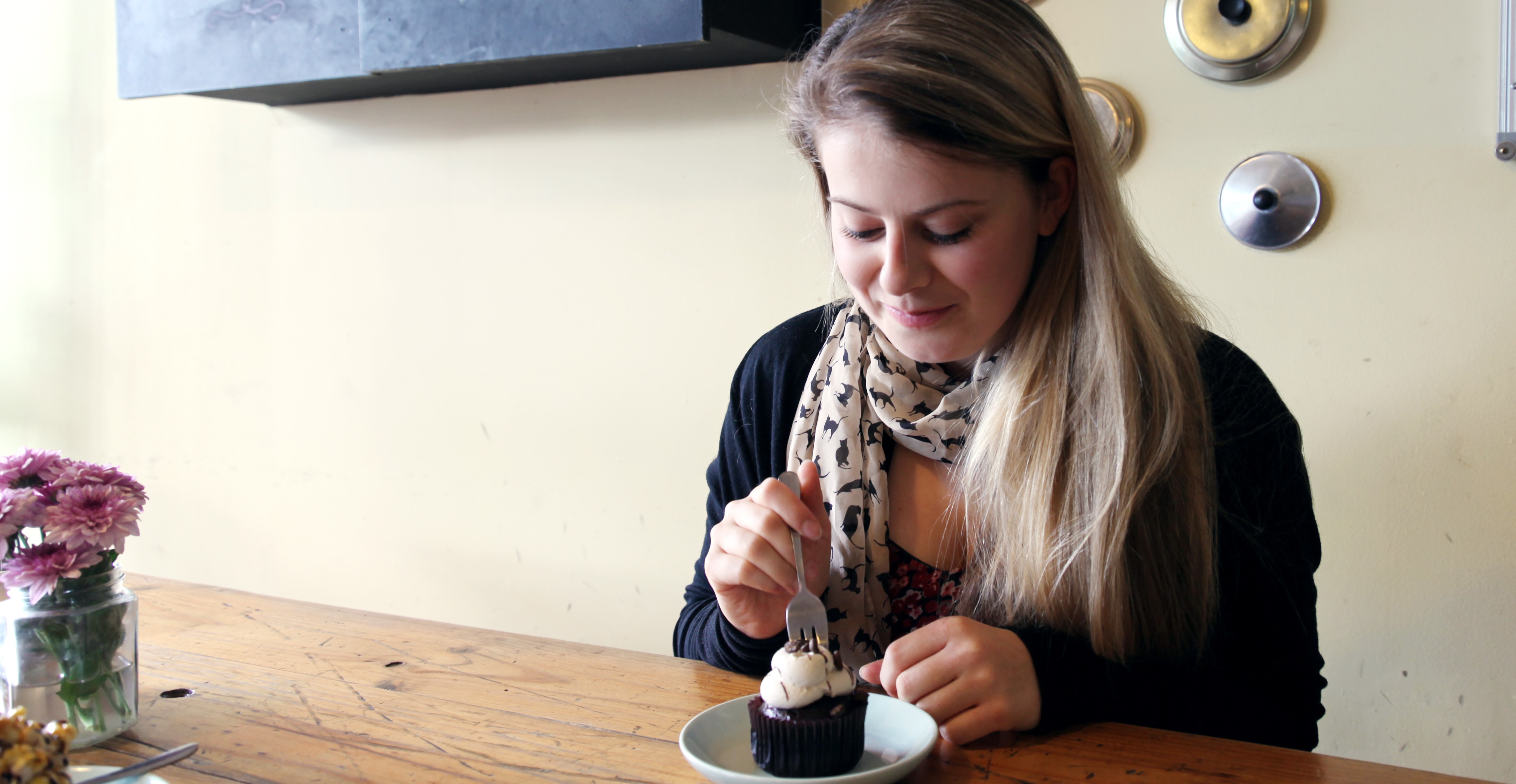 TCI: You are the cousin of Gold Logie-winning actress Asher Keddie, does she give you any acting advice?

Alexandra Keddie:Â Asher is an amazing actress and a true professional and I think the greatest lesson I learned from her was that being kind and being confident arenâ€™t mutually exclusive. I remember her telling me this, perhaps more anecdotal than that, years ago. I was 17 and didnâ€™t really understand the balance you can be faced with, especially as a young person, the juggle between feeling like youâ€™re being â€˜bossyâ€™ or â€˜obnoxiousâ€™ and being â€˜weakâ€™ or â€˜too niceâ€™. Itâ€™s easy to apologise for yourself, youâ€™re often trained to just say yes, but standing up for yourself and understanding your self-worth doesn’t mean that youâ€™re unkind, you can fight for yourself and still be a warm and generous person. Doesnâ€™t mean Iâ€™ve found that balance yet but, Iâ€™m learning.

TCI: You have appeared on ABC’s The Doctor Blake Mysteries and Channel 10’s Offspring, do you prefer acting on stage or in front of the camera?Â

Alexandra Keddie:Â I couldn’t really say I have a preference. Both are incredible mediums with the same aim but I do think theyâ€™re quite different. Screen you tend to have a lot less control in the result, you never quite know how itâ€™s all going to come together but I do feel more comfortable on screen. Whereas theatre is so dangerous and unpredictable but the immediacy of response is completely intoxicating. Honestly I’m not fussed. Give me either, I have a precocious 4 year old inside me who needs someone to show off to.Â â€‹

What I See Me & Meryl Streep

For more details or tickets, head to the Powerhouse’sÂ website here.