Ali Barter is an old-soul, and a woman enamoured by rock music because of its powerful expression.Â Melbourne-based and a tropical girl at heart, she has found herself and her people through her music, and has developed through travel and self-reflection. She is venturing into 2016 with a bang, as she playsÂ St Jerome’s Laneway Festival and is getting married to partner Oscar DawsonÂ (ofÂ Holy Holy), spending their honeymoon away in India. With such a huge year ahead, I spoke with Ali about her love and passion for rock music, Father John Misty, living in Melbourne and making music in L.A.

She told me about the visceral and infectious energy she adores whenever she sees a live rock band in action.Â Sitting between indie rock and pop stylistically, she doesn’t rule out other genres of music, but resonates personally with the power that rock music sends through those who are expressing it and those who are listening.

â€œI think thereâ€™s something about humans playing instruments, and itâ€™s so powerful. Thereâ€™s nothing like watching someone scream at the top of their lungs and shred on guitar with five, or however many people, moving together and feeling the song together.â€

â€œI really love classic song-writing and distortion pedals- you want someone to be sweating and to be singing harmonies, and you want to feel their energy.â€

She will be playing at the upcoming Laneway festivals in Melbourne, Sydney and Brisbane and shared her excitement about playing in her home city and being involved with one of Australia’s biggest and best music festivals of the moment. Both the Melbourne and Sydney shows have sold out, which will guarantee the large crowd that Barter deserves. 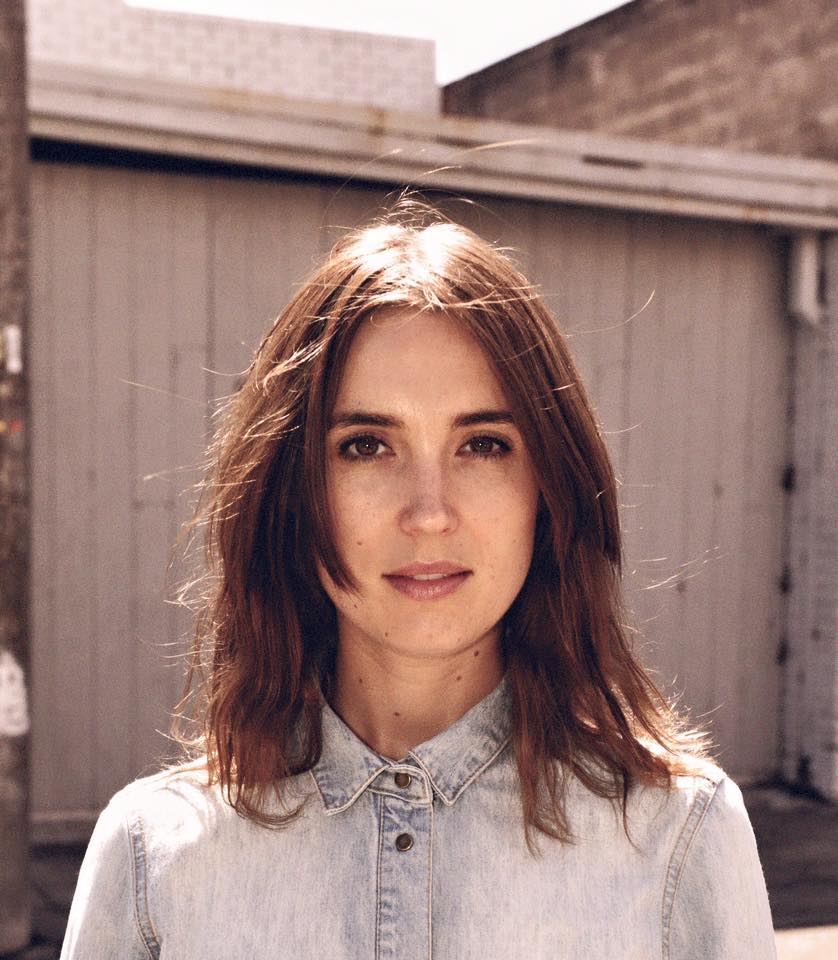 â€œWeâ€™re very excited and we have a few more rehearsals beforehand. Weâ€™re going to play a whole bunch of new stuff. It will be fun to play on a big stage with a big sound system, and we are playing early on the days so Iâ€™m going to get lots of people to come down and just have fun.â€

Being a performer and a lover of music, she is both excited to perform and to see those playing alongside her. When asked about her highlights for the day, she responded with an answer that exhibited her diverse tastes in music.

â€œI really wanna see DMAâ€™s. I love them and their songs, and Iâ€™m really excited for Beach House and Grimes. Grimes will be a spectacle, and Beach House will just let me drift away with their songs.â€

When asked whether she prefers festival settings to intimate concert venues, she talked about the ways festivals can bring in crowds that neither of them mutually anticipated, and how being at a festival can heighten one’s sense of discovery in ways that nobody can anticipate or expect.

â€œYou get less time, but if itâ€™s your own show it can be more stressful. To be a part of a good festival is so exciting, and it gives a chance for people who might normally not go and see your music to check you out! You get to play music for other people and they can discover it on their own, which is exactly what I do at a music festival.â€

Ali Barter has lived in Melbourne most of her musical career and finds constant inspiration in the way the musical and cultural hub surrounds her. Living in Melbourne has allowed her to further open up towards music and enhance her strong sense of community and sharing music with others.

â€œLiving in Melbourne is awesome because thereâ€™s so many people to play with and there are so many studios opening. I have an amazing supportive group of musician and producer friends, and we all share studio spaces and help each other. There are so many different genres and I love how everybody is doing their own thing. Weâ€™re very lucky.â€

Her upbringing however was far from city life, as she spent most of her youth in the tropical and scenic areas away from vast and busy metropolises.

â€œI grew up in Papua New Guinea and in Cairns, so I spent ten years of my life in the jungle. I think thatâ€™s why I love Brisbane so much, because itâ€™s so humid and tropical.â€

Another beautiful and hot destination she enjoys is India, the destination she and her partner have chosen for their upcoming honeymoon. She speaks with a wisdom that has been developed over traveling and seeing the world, speaking of her love for different cultures and why it is important to leave home every one in a while.

â€œI love travel, itâ€™s my favourite thing in the world. I go to India a lot, and am going to India in March for my honeymoon. I spent some time in L.A. and the U.K. and went to Berlin for the first time last year. I like going to new places because it gives you perspective and you get so in your own world sometimes but you can go to a different country and break out of those constraints.â€

â€œIâ€™ve been to India a few times, and I love the music, the people and the food. Itâ€™s very polarising and tragic, but itâ€™s also very beautiful. Thereâ€™s so much to see and eat, and I love that itâ€™s always going.â€

Her adoration for multi-culturalism is also evident in her music video for one of her most popular songs “Hypercolour”, in which she performs at an aesthetically traditional Chinese restaurant, with men surrounding her too busy eating their succulent Chinese food to notice Ali expressing her desires for the things that make her life hyper-colourful.Â The song is upbeat but the lyrics are dark, while the visuals add another layer to the melancholic pop-rock song.

â€œOriginally, Rhys Mitchell, the director, and I talked about having it in a sushi restaurant. I love the colours and architecture of Japanese restaurants. We couldnâ€™t get one, so Rhys found a Chinese restaurant in which we loved the idea of having me singing and having all these businessmen not paying attention. It was a fun spot to make a clip, and the garish Chinese decorations and the reds and the goldâ€™s really helped achieve the aesthetic for â€˜Hypercolourâ€™.â€

One of her favourite artists is Father John Misty, as we discussed the ways he helped her through a period of her life when she was not too sure about her musical future and taught her a valuable lesson that she incorporates into every day practice.

â€œFather John Misty is the best. I love his unsanctimonious approach to music, in which he takes the piss but also writes beautiful music. He doesnâ€™t take himself too seriously, and I saw him live a while ago and him and his band are so amazing and made my skin crawl.â€

â€œHeâ€™s intelligent too, and I love all the iconography and old-timey references he makes in his lyrics. Thereâ€™s an interview he has with Marc Maron and I remember listening to that when I was feeling really down about my music, and then I listened to this podcast in the middle of the night and felt so much better and learned to not take myself too seriously.â€

Music has been a prominent part of Barter’s entire life, as she talked about her own current favourites and the music that her parents listened to, which also helped form her appreciation for real songs with real feelings.

â€œI also like Sharon Van Etten, and the album Tramp just ruined my life because I love it so much. OK Computer by Radiohead is also one of my favourite albums of all time, and I like the Wolf Alice album My Love is Cool which is great derivative 90â€™s grunge.â€

Her desire to be real and to capture emotions and moments are influenced heavily by those who have the similar desire to be just as honest in their art.

â€œMy mum was a big Fleetwood Mac fan and she loved the Beach Boys and Patsy Cline. Real songs about real feelings. While my dad just listened to Frank Sinatra almost exclusively, which I hated at first but Iâ€™m really appreciating now. I myself was drawn to rock and listened to a lot of Smashing Pumpkins and Nirvana.â€

When asked how to overcome challenges as a woman in the music industry, she spoke of her current musical life with a sense of peaceful content. Her love for sharing her music and communicating with the people she surrounds herself with has aided her in ways that she is thankful for.

â€œI think itâ€™s about who you put around you. Iâ€™ve had early experiences as a younger woman where I was surrounded by the wrong people. But the Universe has a plan for you and will put people in your path who will help you be the person you want to be. I feel very lucky that I have the people around me that I do.â€

Barter also showed appreciation for seeking help whenever she requires it. She understands that she cannot accomplish everything on her own, and articulated a sense of openness to learning from other musicians and opening up a dialogue about how to refine her musical sensibilities.

â€œSometimes Iâ€™ll write songs myself on my guitar and then go to a trusted collaborator. In the States it was people Iâ€™ve never met before, and weâ€™ve got a bunch of old songs that havenâ€™t worked out for whatever reason and Iâ€™m going to give them to my band to see if we can make them into something that works.â€

â€œI love collaborating because I just think it makes the song better and doesnâ€™t take as much time. Thereâ€™s some things I canâ€™t do like drum or play the bass, and when you reach someone with that knowledge they can contribute their ideas.â€

Barter recently released her single “Far Away”, which was written while she was in L.A and venturing the iconic city on her own. She told the story of the writingÂ progress and the emotions she describesÂ reflect deeply in the song itself, as you hear her voice through the catchy guitar riffs, singing of isolation and anonymity.

â€œI was in LA for ten days and driving around a lot and listening to LA radio and spending a lot of time by myself. I remember writing all these words in my phone from song writing session-to-session, and drinking cold coffee and smoking cigarettes and feeling really anonymous. I felt both lonely and free, and I got to my collaboratorâ€™s house and got those words out and it just sort of happened.â€

We can expect a lot from Ali Barter in 2016, as she aspires to continue travelling, creating and enjoying her life with those she surrounds herself with. Her willingness to learn and develop can only guarantee bigger and brighter things in her future, as she lives by the philosophies to not take life too seriously and to keep making real artÂ about real feelings.

â€œIâ€™d love to tour the States, and tour overseas. Thatâ€™s definitely one of my goals. I want to play more big Australian festivals and tour with someone. Weâ€™re also going to record a new album in April/May in Melbourne, which will hopefully come out at the end of the year. Iâ€™m also getting married and weâ€™re going to have a fun life together, so Iâ€™m really excited for all of that.â€

Catch Ali Barter at the Laneway Festival in Melbourne, Sydney or Brisbane. You can still buy tickets for the Brisbane show here.

Listen to and buy herÂ single ‘Far Away’ on iTunes.