All Shiny And New: The Foundry Launch

Rumour had long circulated about the multi-purpose space and creative hub developing in Brisbane’s Fortitude Valley; the stripped out four walls and ceiling of an old backpacker’s hostel designed to channel an ever-growing stream of Brisbane musical talent into something distinctly palpable.
With an additional cunning title:
“Oh, ‘The Foundry?’ As in like, it makes things? Nice.”
As I join the queue of fresh faced managers, photographers, band members, label managers, and inevitable plus ones, it’s with a sense of satisfaction that I reminisce on the pace of little Brisvegas’ musical incline, with The Triffid only recently throwing open its doors to an eager public, and a steady throng of bands determined to make themselves known.
Was that The Creases bassist,Â I didn’t know, but probably.
“I wonder who the secret band is?” “I don’t know dude, I heard it was ‘SPUD.'”

The ideals behind The Foundry lay, according to The Music’s interview with building manager Brett Gibson, lay in the increased traffic from Southern bands playing and staying in Brisbane.

“I’m sure if those walls could talk they’d tell plenty of stories but, previously, as a company, we’ve done a reasonable amount of live music in SydneyÂ â€¦Â so we’ve got a little bit of history with live music, and we saw a bit of an opportunity, I suppose. We thought, you know, there’s other live music venues in Brisbane, sure, butÂ â€¦Â the Brisbane live music scene is just pumping at the moment, and we’re finding that more and more bands down south want to come to Brisbane more than ever, so we thought we could certainly co-exist with other venues and hence The Foundry was born.” 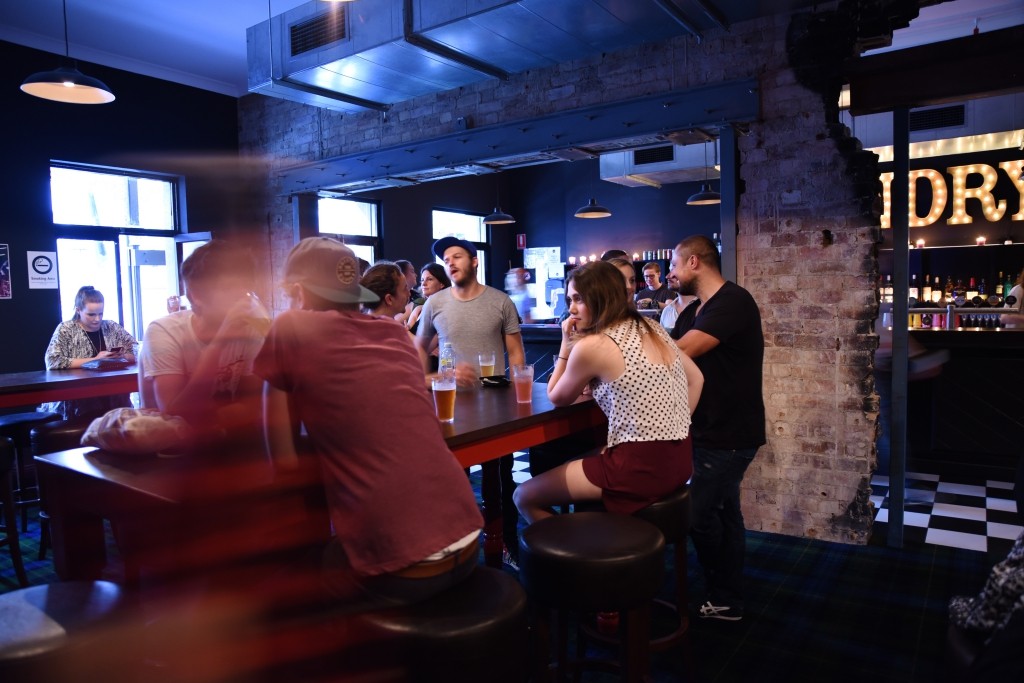 A man with an undercut checks my ID, and I step into a hall in which several slightly panicked doormen are struggling to find method to the madness of four-five pages of list names, as a life-sized replica of an English phone box stands behind.
The walls are painted with some shadowy portraiture, which turns to plain black and red as I reach what I assume to be a favourite floor: a self advertised Rock’n’Roll Bar, complete with black ‘n’ white chequered floors and pinball machine.
I look around in the brief time it takesÂ me to realise that the bar isÂ free; a generous smokers area looked out onto the nearby Elephant Hotel beer garden, and a swathe of [for now] unstained carpet ushered in a fairly reasonable stage.
James Wright began his set behind a nearby Pioneer, but ‘Upstairs:’ the fabled recording areas and living quarters, were cordoned off.

As the bar fills up behind me, I introduce myself to the members of multi-media soul/rock band who elaborate off the glass ceiling that the venue represents.

“What’s all this shit about everyone going to Melbourne?”
It’s a fair point. What Brisbane loses out for in laneways and trams it appears to make up for in people who proudly dislike Melbourne, and now a speedy pace of a growing number of musical venues.

But then the drinks were free, and a steadily rising number of attendees moved in for the kill; a scrum of people who you sort of know but don’t all filled with the same fervour.
I recognise a couple of members of the Jungle Giants, some Creases, and still new kids on the block WAAX. SPUD was nowhere to be seen, but drinks were flowing and the good times were rollin,’ two essential criterion for a venue that has any hope of establishing itself. 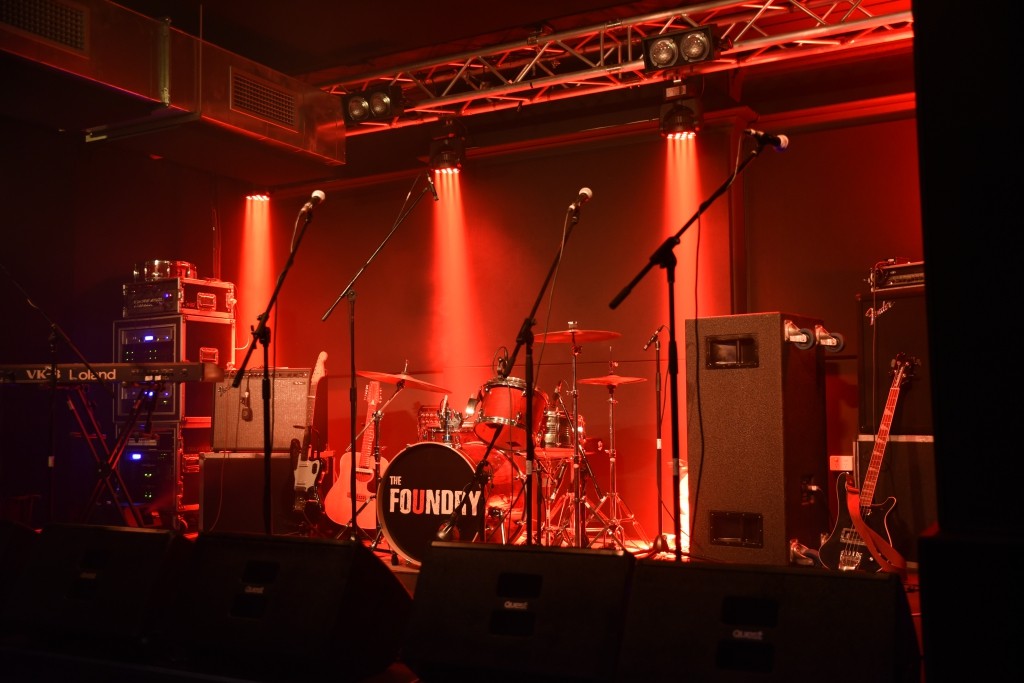 The thing I noticed most about The Foundry however was that it allowed everyone: fans, agents and performers alike to just get on with the work they know and love, networks were being formed and stories about life on the road recounted around a jug of something brown and alcoholic in the venues so far brief infancy, the most public part of The Foundry being actively utilised for the niche for which it was made, while also fitting comfortably around the vibe of a casual live space.

Memories were made and also lost, but the secret band turned out to be The Creases and not the author of ‘Taste The Radness/Sadness’ SPOD.
He made up for it however by headlining for the following night, teaming up with Velociraptor to raise the roof, and also slightly collapse the floor, according to witnesses. 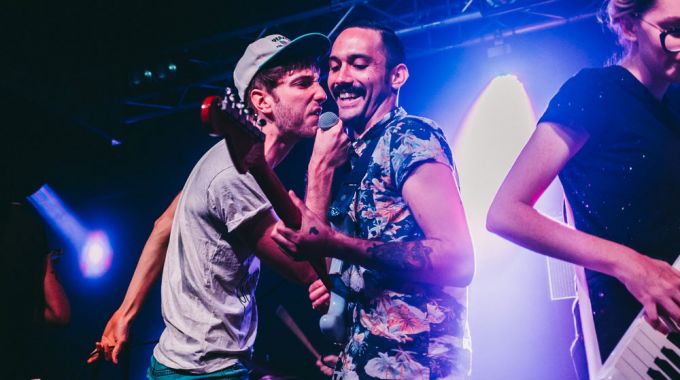 I’m sure they’re working on it.

The Conclusion of Lights! Canberra! Action! 2015