Australian visual artist, Amanda Parer, challenges the notion of scale through her enchanting pieces that explore theÂ environment and the role of human beings in it. Amandaâ€™s work often takes form as a painting, a sculpture or a public installation.

Amanda continues to say that this series “follows on the environmental themes in my workâ€¦ a lot of scientists are commenting that humans are not a very pleasurable experience for the planet right now, and that we need to consider our ways. Itâ€™s portraying those things in the form of giant aliens that have come down benignly, just observing us.â€ 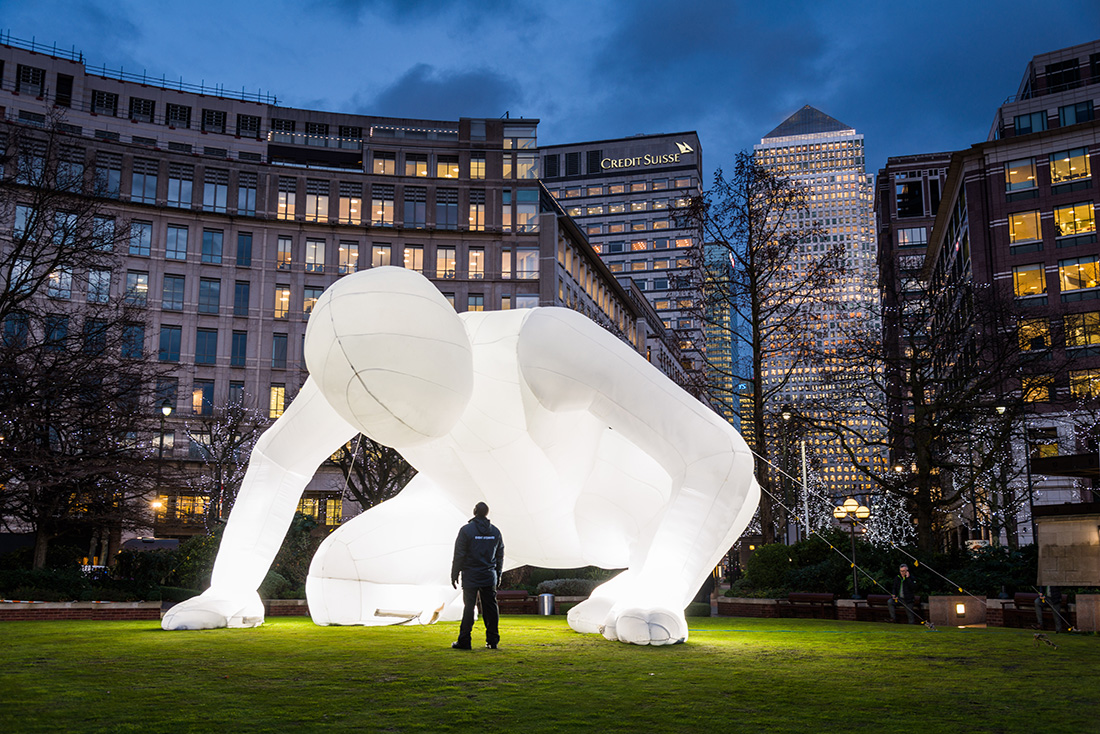 Amandaâ€™s work commonly explores environmental concerns and can be considered her own artistic theme. She says she found her voice as an artist through her passion for nature and discovered this on a trip with her uncle and history filmmaker, David Parer.

â€œHe was filming whale sharks, and we spent the day swimming around reef fish and whale sharks. The next day a fishing pirate ship came along that was as big as an Olympic swimming pool, and pretty much scooped the area out clean and that really affected meâ€¦ I found my artistic voice.â€

Prior to â€˜Fantastic Planetâ€™ Amanda released her exhibition, â€˜Intrudeâ€™, which is another brilliant installation series comprising of giant rabbits. These works are particularly concerned with the environmental issues surrounding rabbits in Australia. Amandaâ€™s pieces purposely represent the more innocent fairytale-like perspective of rabbits that is often present in our childhood. This is done to blatantly show the contradiction of the two views, and raises the environmental issue of rabbits in Australia.

These giant rabbits are still hopping around and raising awareness â€“ theyâ€™re currently making their way through Ireland, and then heading off to Europe and North America. 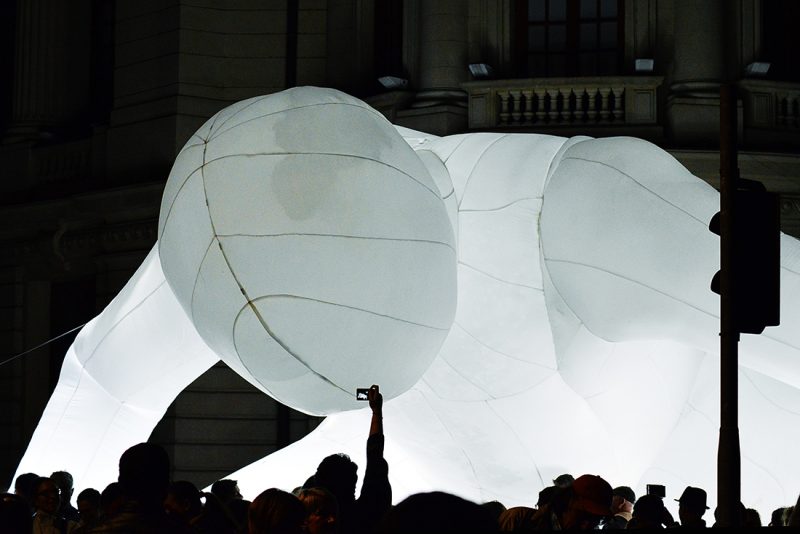 At first glance, Amandaâ€™s artwork can be seen as an external experience for people to feel small and strange, and immerse themselves in this unusual occurrence; however, at a closer look, Amanda wants us to feel what itâ€™s like to be inferior, in the way that the environment is to human beings. Itâ€™s a piece of art that is not only visually appealing and exciting, but also thought-provoking.

Amanda says, â€œI get a kick out of changing the space that people usually use and so I think these people â€“ aliens â€“ in giant form plays with peopleâ€™s sense of scale. I think being humans on this planet we have this sense of dominance and weâ€™re not confronted with predators so much, so itâ€™s fun to feel a little bit small in an Alice in Wonderland sort of sense.â€

If youâ€™d like to experience Amanda Parerâ€™s work, â€˜Fantastic Planetâ€™ will be on display at the Maroochy Music and Visual Arts festival, where you will be able to lose yourself amongst her large installation work.