Oh, Audrey. The epitome of class and style. Known for her iconic role in Breakfast at Tiffanyâ€™s, Audrey Hepburn is loved and admired around the world. But like Holly Golightly, too often her adoring fans see the surface and miss the depth of character.

Ms Hepburn had an impressive film career that spanned both dramatic and comedic roles. Style icon of the waif elite, Audreyâ€™s lightness on screen often belies her dramatic depth. But fear not, if you know Audrey only as that dainty princess from Roman Holiday you have a chance to further your cinematic education.

An afternoon with Audrey Hepburn is screening at Metro Arts and showcases three films: Love in the Afternoon, The Childrenâ€™s Hour and Wait Until Dark. This selection of films will introduce you to some of the lesser known items from Hepburnâ€™s repertoire. (Bonus points if you come early or stay late for Marilyn Monroe in The Prince and the Showgirl). 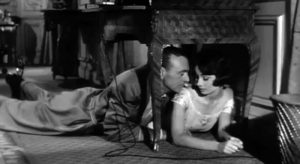 Love in the Afternoon is a comedy following the interactions between innocent Ariane Chavasse played by Audrey Hepburn and philanderer Frank Flannagan played by Gary Cooper. Ariane, learning of a threat against Frank Flannagan by a cuckolded husband, rushes to his rescue. What follows is a cat and mouse love story.

Shirley MacLaine stars alongside Audrey Hepburn in The Childrenâ€™s Hour. The story follows two women running a girlsâ€™ school who stand at the edgeÂ of ruin after accusations of being lesbians. Based on a true story, the screenplay was developed from the 1934 play by Lillian Hellman. 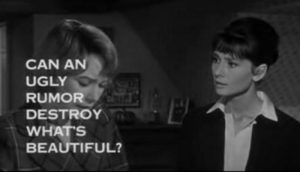 The accused lesbian relationship in the film is more of a plot device to explore the theme of malicious gossip. However, the notions of isolation, contempt and misunderstanding for same sex relationships reverberates to our modern society.

Stay on for the tense screening of Wait Until Dark. As a blind girl who outwits her attackers, the role provided Hepburn with the opportunity to demonstrate further depth of performance. This role garnered Audrey another Oscar nomination.

After such a dramatic afternoon, swan out of Metro Arts with the poise of our elegant Audrey or stay on for the delicious delivery of Marilyn Monroe in The Prince and the Showgirl.

Suspend your Disbelief with David Strassman