It’s time for a party, and what better place to throw a magnificent celebration than in an octopus’ garden?

Awesome Ocean Party invites audiences to celebrate the birthday of an octopus-human-hybrid woman on her solitary island home. Giema Contini brings a frenetic and often awkward playfulness to the part of the initially unnamed birthday girl and evokes with this playfulness a sense of childlike innocence and mystical view of the world.

The birthday party consists of the girl shyly and excitedly recounting the story of her birth and early life through a storybook gifted to her on her special day, and a handful of songs that range from joyfully silly to heart-wrenchingly solemn. 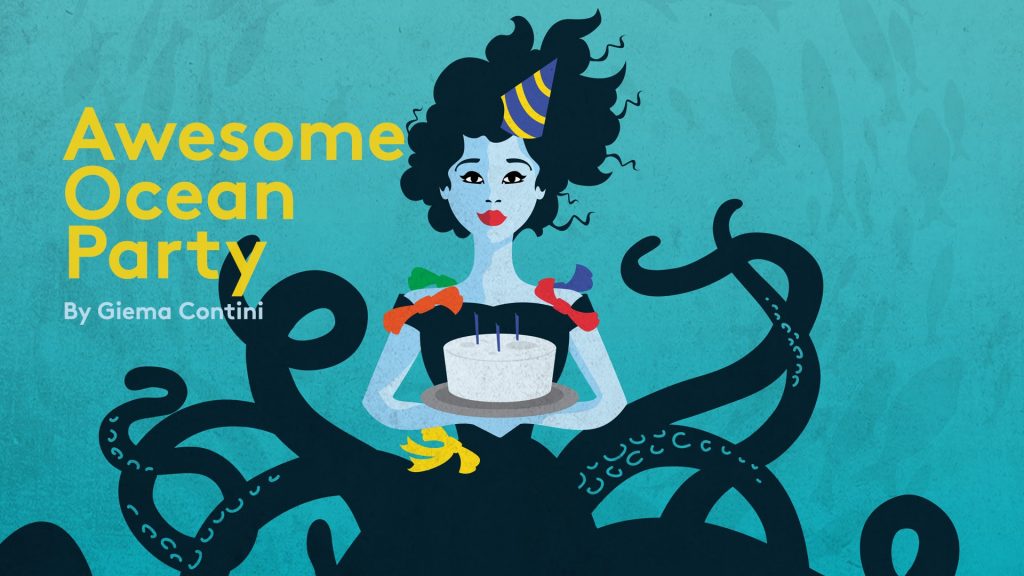 An interesting point is that while the awkwardness of the girl is played mainly for laughs, there exists, as made clear through the girl’s reaction to parts of her story an underlying traumatic experience that has profoundly affected this person.

At moments the awkwardness can become somewhat unnerving, knowing that there’s something else going on. But this may just have been blindly seeking the meaning behind something that was what it was at face value alone.

As the show and the party progress that audience interactions varied from choosing a name for the girl and seeing how that name suited her accompanied by some physical comedy to match the sounds and syllables of the suggested names, to the girl entering the audience space to “taste” members of the audience with her fingertips. 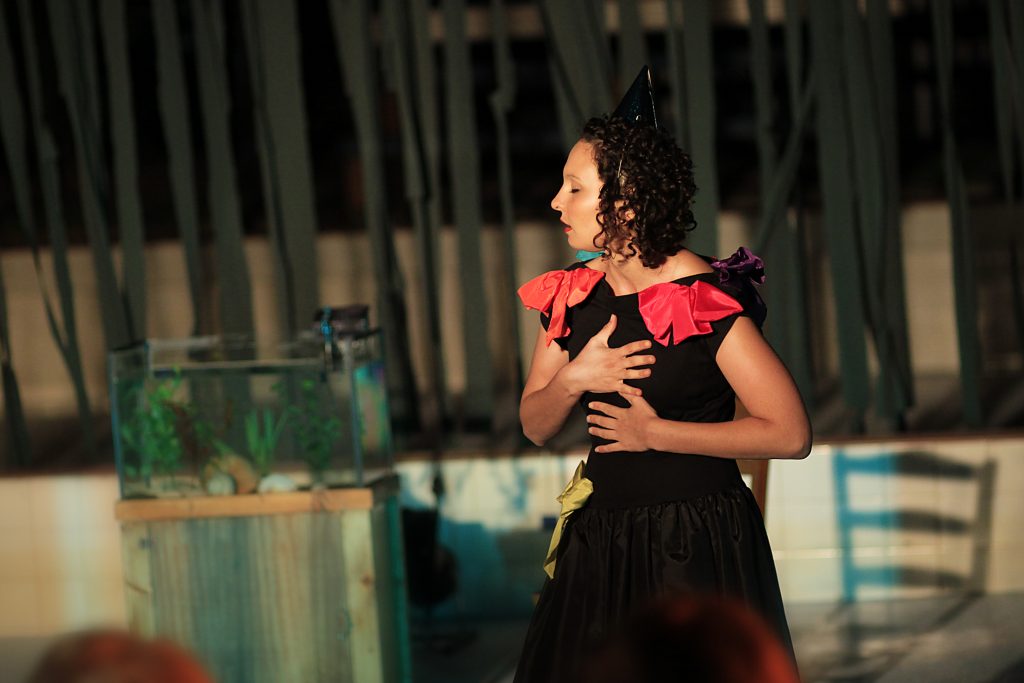 There are some dour moments in the party as well as this crazy playfulness with the audience that ensures that the party and the show itself remain somewhat grounded and humanised the girl in contrast to the cartoonish caricature presented earlier in the show.

The set and sound design were expertly handled and added weight to the proceedings as well, and the original music composed by Nathan Stoneham suited the show exceptionally well.

Awesome Ocean Party is a fever dream and one that everyone should RSVP to whenever they’re extended an invite again.

When the fan hits the Sh!tshow