Xanthe Jones, Artistic Director of Brisbane Immersive Ensemble is bringing back Cluedo! The Interactive Game this April. Writing and Directing the show herself is no small achievement so how did she do it? Read on to find out in her Open Letter to The Creative Issue.

Writing Cluedo! The Interactive Game was a chance to channel my inner Agatha Christie and conjure a world of 1930’s glamour that can be fully experienced by an audience. The idea came to life in 2017 when it became clear that traditional theatre spaces were too costly for our emerging collective, and that if we wanted to produce a show, we needed to find a totally new kind of space.

I always knew I wanted a campy, salacious, engaging experience that combined elements of farce, dark comedy and intense drama. It was important that the audience would not only view the show as a spectacle but also be able to influence and contribute to the story. The thought process was, “How about a game that they can play with the characters?”. The natural next step was “How about a game they can play using the characters?”. Cluedo seemed like the perfect jumping off point to achieve all of my favourite kind of humour and storytelling, set in my favourite period of history and playing with elements of film noir in a local Brisbane setting. 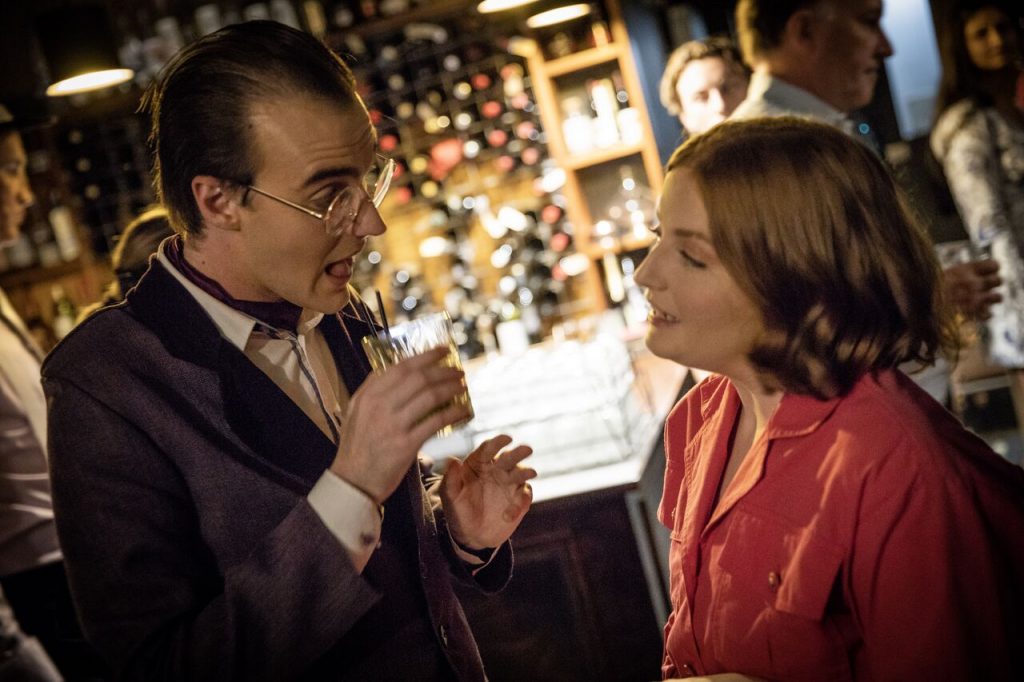 Immersive theatre is relatively new in Brisbane but has taken off in places like New York and the UK with the work of Punchdrunk and their ‘3 layers deep’ philosophy. We emulate this in our shows with secrets behind every door and under every page as far as the audience is willing to look. This high level of detail is a long time coming however, as this is our 3rd re-mount of Cluedo over 2 years, and our most involved yet.

This show is a puzzle of a hundred pieces, from the music to the costumes and to the weapons to the clues. The moving parts take months of organisation and 29 dedicated people to assemble. Working with the actors, they have to be trained in extensive backstories, improvised conversations, interrogations, performing songs, scenes and problem-solving. A show like this is a huge challenge for an actor, so we try to be as prepared as possible. But honestly, these actors are the bravest, smartest and wittiest performers in Brisbane. It is no walk in the park to stay in character for nearly 3 hours and be interrogated by 120 drunk amateur sleuths, and these actors nail it every single time. We can’t even block the scenes because we never know where the audience will sit or stand in the room, so the actors literally make it up on the spot. 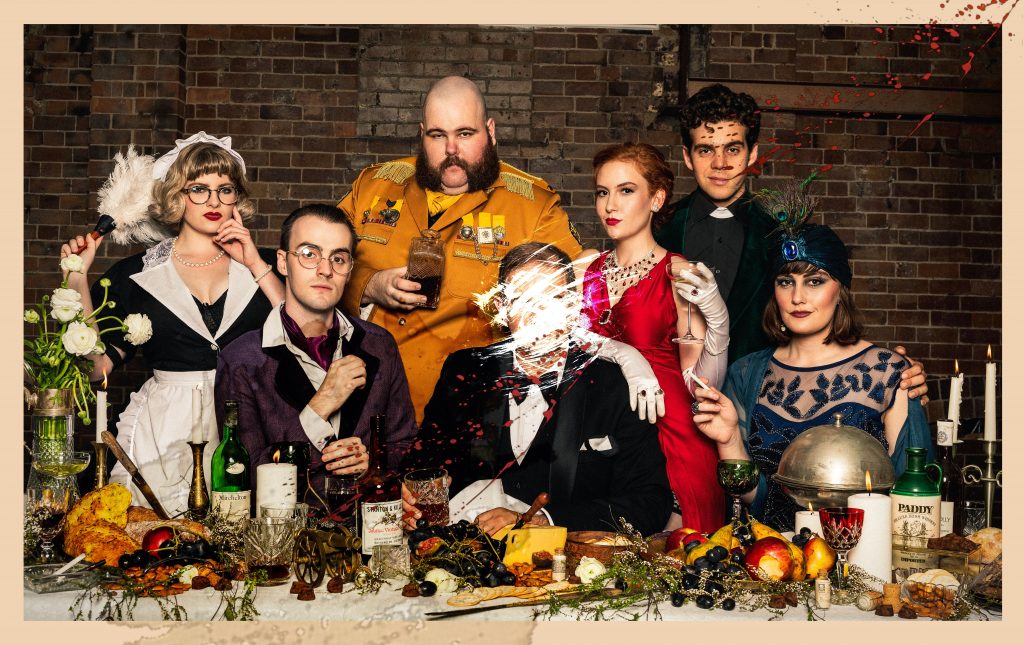 There’s no manual on how to run an immersive theatre company. Rehearsals, design, venue are all constantly changing, and we need to find ways to adapt. It’s not like normal theatre in so many ways. For example, the director of a stage show’s job is basically done come opening night, but with this show every night is vastly different from the others. The killer changes nightly, the weapons move, the audience ebbs and flows and nothing is ever the same. With all of these variables, it is so important to trust the cast and crew completely. Our whole ensemble is based on trust and a network of support as we continue to create and learn together.

We can hardly wait for all that this season will bring, it truly is going to be better than ever. Brisbane, get ready to immerse yourself in this wild and wicked show!

What: Cluedo! The Interactive Game

More Info: The Facebook Event page can be found here