Introducing you to seventeen-year-old Wollongong artist, Aodhan, who is making quite a name for himself in the Aussie, indie music scene.

Despite first creating electronic music at just twelve-years-old with little interest in singing or songwriting, Aodhan is now known for creating delicate, dreamy, and acoustic tracks, drenched in heartfelt emotion. After a reintroduction to the acoustic guitar in late primary school, he surprised himself with how much he enjoyed it. Continuing to explore and experiment with different genres, he has landed on the perfect combination of soulful, indie pop/rock.

His music is so clearly full of life and captivating lyrics, his passion and ability to wear his heart on his sleeve. After winning Triple J’s Unearthed High Indigenous initiative, collaborating with Holy Holy, and being a part of the 2020 Big Sound Festival, Aodhan is only just getting started.

Showcasing his knack for producing truly heartfelt and emotion filled tracks, he has just released his debut EP Flies in My Room. The EP truly displays Aodhan’s impressive songwriting and creative abilities, guaranteed to spark all kinds of feelings.

We had the chance to chat with Aodhan about his rapidly rising music career and the new EP. 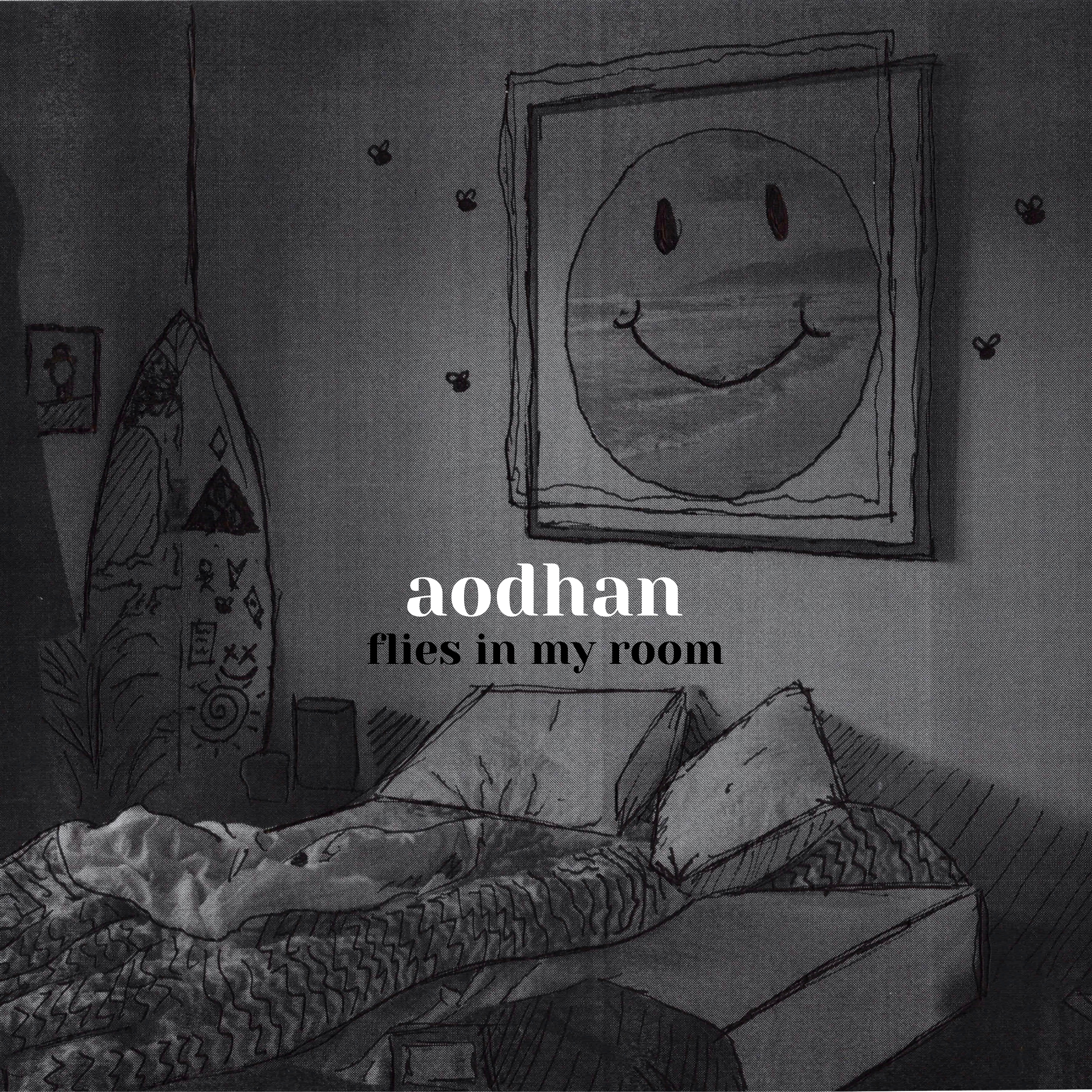 The Creative Issue: What inspired you to first pick up a guitar and start making music?

Aodhan: When I was twelve, I actually began creating electronic music inspired by a lot of the music I was listening to at the time. I didn’t really plan on singing much or writing lyrics, but I had been playing the guitar since I was roughly five-years-old, not passionately, but I would pick it up from time to time and have a strum. Electronic music was the main goal for a while until a friend of mine asked me to sing a song at year six camp while he played the guitar, so I did and I think everyone was just kind of shocked that I could sing, including myself. And that’s where the inspiration for singing and songwriting came from. About two years later, after exploring all different kinds of music, I wrote my first single ‘Love Is Hard to Write About’.

TCI: Can you elaborate on the process behind creating your 2019 single ‘Butterflies’? What inspired the lyrics, what was the recording process like?

A: I wrote ‘Butterflies’ for a girl I was with at the time, my first serious relationship. The context behind the song is I would always feel sick before going out with this girl and throw my guts up due to nervousness and stuff. So, I wrote a cute song about it for her. ‘Butterflies’ is a pretty simple song, and so was its recording process. An acoustic guitar track, bass track, dreamy electric guitar, and then I just recorded layers upon layers of vocals.

TCI: How would you describe yourself as an artist?

A: A mixed bag taking influence from a wide range of artists and genres.

TCI: What was the experience like writing with Holy Holy?

A: A lot of session time was spent just learning how they would go about writing songs and how to work with other artists especially, that was the big takeaway from these sessions. Since then, I’ve been pretty confident while working with other artists. Working with Josh and Oscar from Holy Holy was seriously a mind-blowing experience.

TCI: Where do you typically draw your lyrics from, and what do you enjoy most about songwriting?

A: A lot of my lyrics are drawn from sad situations and experiences, especially in a lot of new songs that I’ve been working on. But I generally try to make the music to these sad songs quite uplifting and euphoric, kind of like Spacey Jane. 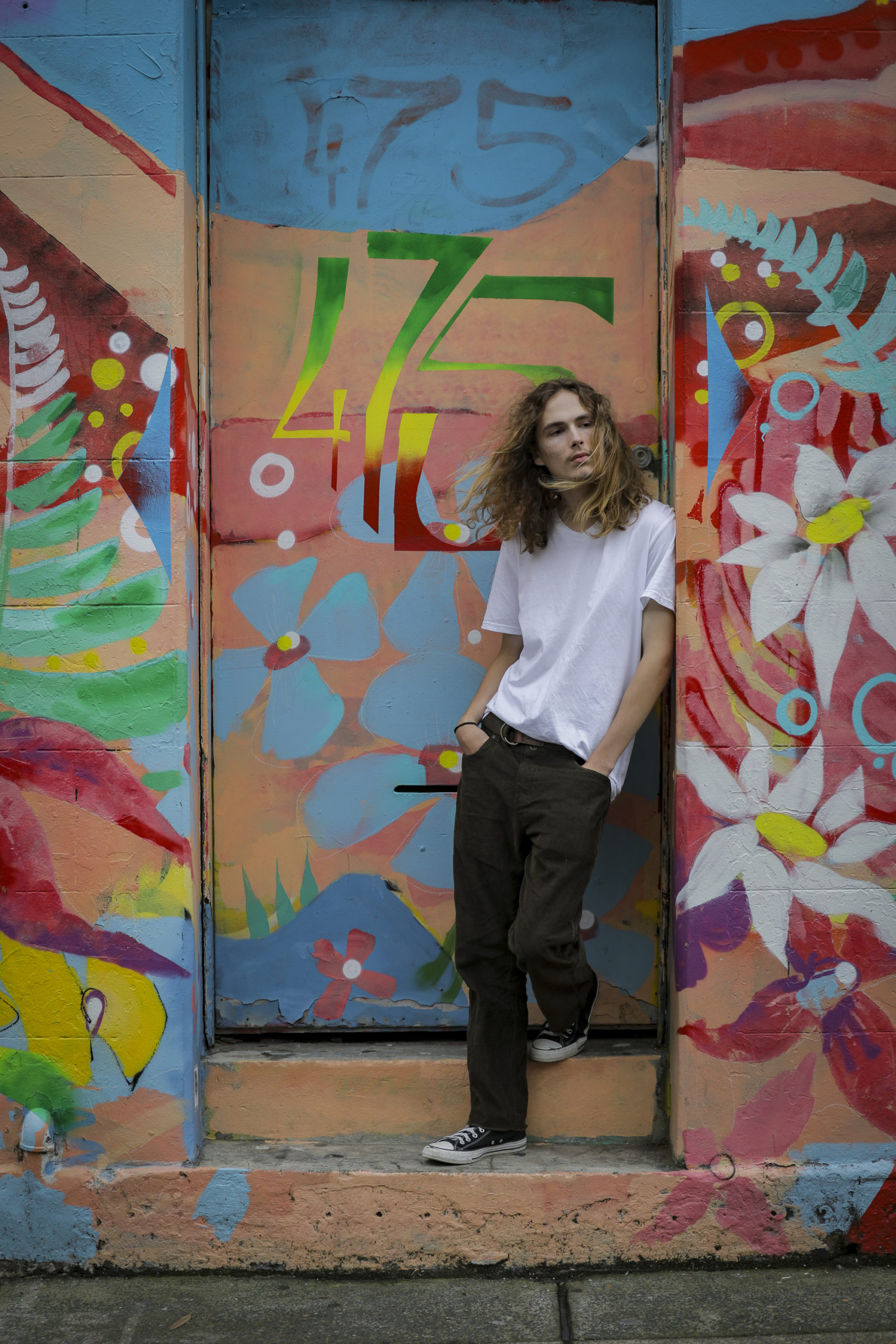 TCI: Do you ever have creative ruts in your music? If so, why, and how do you overcome it?

A: Creative ruts are basically a routine at this point. They come and then they like to stay for a while, and then they go for a bit, but then they come back. Usually, it’s caused by overthinking and having a finished product in my head when really I haven’t even laid out a foundation yet. It’s quite mentally hard to overcome so I just take it in small steps. Or I try and come up with new, small ideas to build off of eventually.

TCI: Who are your biggest musical inspirations and why?

A: Josh Pyke. I don’t know how he does it but his ability to write, both lyrically and musically, is absolutely genius. I want to be able to write as well as he does one day. My favourite band, Wallows, I also take lots of inspiration and influence from. They’re geniuses as well with all the different sections and sounds they put into their music. They’re one of the main reasons I began to write indie pop/rock music.

TCI: What is your favourite part about making music, and is there anything that you dislike or find difficult in the industry?

A: My favourite part of making music is recording an idea that I end up just listening to over and over again because of how happy I am with it and how good it sounds. I do believe that the industry in Australia just isn’t supported or valued enough by most Australians, which is something all artists find difficult I think, including myself.

TCI: How would you describe your debut EP Flies in the Room?

A: I think it’s quite a solid starting point for where I want my sound to go, despite having all five tracks sound quite different. I’d say it’s got mostly an indie rock feel to it if anything, along with a few guitar-pop elements. One thing that all the tracks have in common is that they’re all a bit dreamy. That was something that I had wanted since the beginning of recording it.

TCI: What are you most proud about and happy in regards to your upcoming EP?

A: To finally be able to share it with everyone! It’s been just about a year since creating it and now it’ll finally be out this Friday, 16th July. I also signed a little deal with AntiFragile Records just for this EP which I’m super proud of as well! Can’t wait to get to work with them.