We had the chance to chat with Campbell to discuss his own singer-songwriter work, his passion for music, and finding music and life balance.

Brisbane singer-songwriter Campbell Messer officially entered the local music scene in 2019 with his enchanting single ‘Cutting Ties’. Soon after producing this beautiful, soft track, he managed to release two albums in 2020, with lyrics drawing on metaphor to tell stories of love, loss, and personal challenges.

While self producing all of his own music, centred around intricate finger-style acoustic guitar, he still finds time to to rock out with his bands King Stingray and The Bonnie Doons. So, allow us to introduce you to the local indie musician, and his impressive, multi-faceted, creative skillset. If you’re a fan of the acoustic guitar and charmingly soft lyrics, we are sure you’re about to have his albums playing on repeat!

The Creative Issue: Can you tell us a little about how you started playing and making music?

Campbell Messer: I had played guitar since I was about 12, but I have only been writing songs for about four years or so. I had never really sung, but I wanted to be able to create a fully finished piece of music with lyrics and words to fully convey feelings and tell stories. To have that little parcel of music and words that you can call your own is a really special thing.

TCI: Your lyrics seem very personal, and like they really tell a story. What draws you to this sort of songwriting?

Campbell: I never understood the idea of conveying your feelings through art and music, but I have found that it really is such a real thing. It is maybe things that you want to say but you don’t want to say in a conversational sort of sense. It’s easier if you can pack it up and soak it in metaphors, which is something I like to do a lot.

But it’s also just fun! The excitement of making a new song which you just really enjoy, and developing as a guitar player, singer, or lyric writer is just so enjoyable. 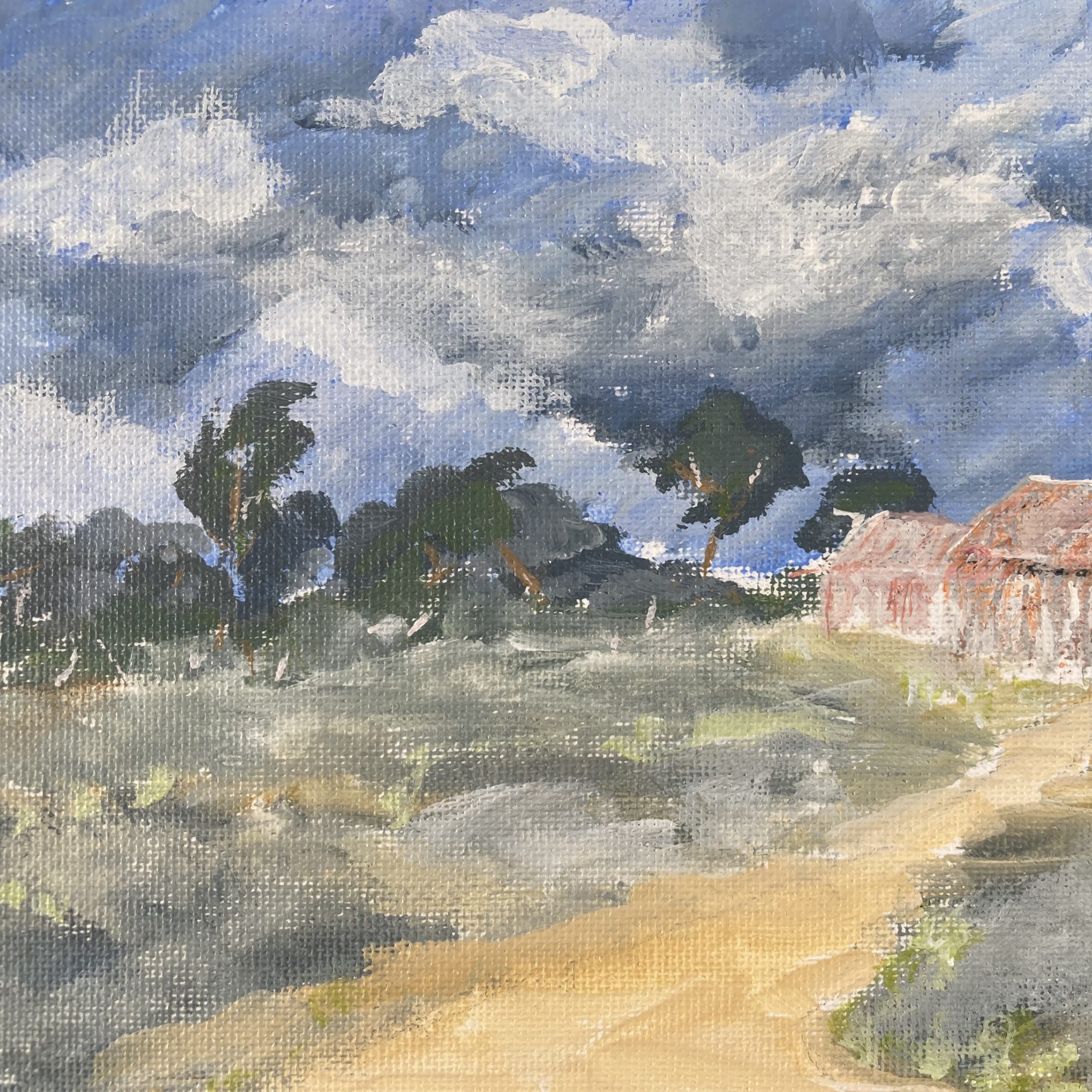 Campbell: I think about that a lot actually. Well with bass you are part of a bigger picture with your whole band, which I love, but I also wanted something more. I like to explore harmonies and cords and play with making full songs and sounds by yourself, which is hard to do on a bass. Acoustic guitar is such a beautiful instrument, you can’t hide on it. There are no amps or pedals; and not that that’s a bad thing, but there is something really beautiful about that sound the acoustic guitar creates.

TCI: You released two albums last year. Can you talk a bit about what inspired Straight up the Evergreen and your process creating it?

Campbell: I played with most of those songs on the EP. I have been in open tuning, that’s something I like to explore a lot of. Instead of playing the guitar in standard you can kind of tune the strings differently to get these sounds that are just impossible to get in standard, different cords and things. It’s a really freeing way of playing. I just recorded it at home, and I think that’s the other thing I like. I really enjoy the production side of music and doing it all in my bedroom, and on my own time.

Notably, writing the song ‘Skyward Glance’, is about believing in yourself and that sort of thing and doing what you know is right for yourself. And Straight up the Evergreen is kind of like climbing the big tree and just kind of getting up it and starting, and writing music, or however that might apply to someone and their situation.

TCI: And how does your latest album I’d Been Needing This Rain To Fall differ from your first album?

Campbell: I guess it was a similar process to the first album. However, every song I have written I have gotten more comfortable with the performance side of things. Because the performance is such an importance part of recording. Whether it’s the guitar take or the vocal take, I was really thinking about that a lot more on the second EP.

Essentially, I just recorded in my room again, then a good friend of mine named Duncan Adamson mixed it for me. He shares the vision I think, such a lovely dude with a fantastic set of ears on him. Mixing is such an art and he’s just nailing it.

I also got into painting last year, and I painted those two covers of my EPs. Creating my music and my art as a contrast between the picture and the song is another thing I like to do. I love those landscape paintings, making your own little world, your own sort of happy place in a picture. 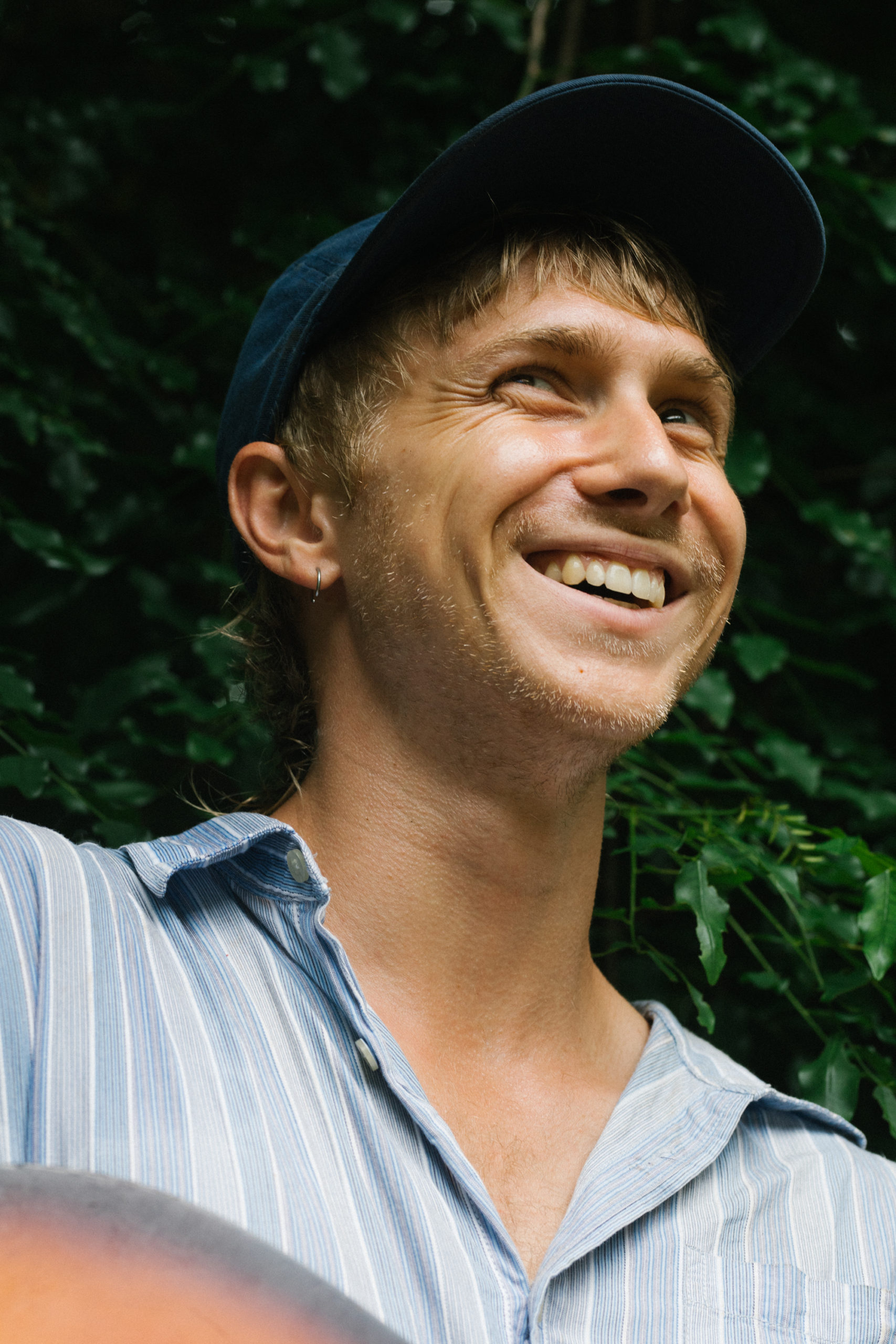 Besides Campbell’s life as a singer-songwriter, he also plays bass for a Yolngu surf-rock band from Yirrkala, Arnhem Land; King Stingray, as well as Brisbane band, The Bonnie Doons. Having played bass for years, Campbell loves the chance to be able to play electric bass and rock out for a bit, but still have his acoustic music on the side.

TCI: So you’re currently up in Arnhem Land playing gig’s and shooting film clips with King Stingray. Can you share a bit about your experience as part of this band?

Campbell: So Roy Kellaway and Yirrŋa Yunupiŋu started the band (King Stingray), and asked me to play bass for them, and of course I was keen. We only played together as a band for the first time in November 2020 when we had two singles come out and played gigs with The Chats across Toowoomba, Ipswich and Brisbane.

At the moment, King Stingray is taking most of my time, which I love. This February we have been hanging out in Nhulunbuy playing some gigs. Although this part of the Northern Territory is quite remote and they don’t have a lot of bands come up here, it’s home of half of our band. So this has been my first time up in the NT, and it’s the best! Playing music or singing songs to tell stories is so fundamental to the culture, so it’s the perfect place for me.

TCI: So what’s next for you as Campbell Messer?

Campbell: I’ve been really busy, I’m doing my masters at the moment in primary school teaching, so I’ve got a bunch of uni stuff going on at the minute, but there is always time for music. It’s kind of the thing I like to always fall back to, playing the guitar during the day when I get a spare minute or two. So that’s the plan for the coming year.

I feel like a lot of people talk about the creative process, but it’s hard to plan it. I always find that you go through that sort of receptive side of things which is just living your life and talking to people and doing things. You just kind of got to live life, then all of a sudden three songs jump out in a week.

Although Campbell keeps busy across his bands, his own creative projects, and his studies, he always finds the time for music. Hopefully by the end of this year he aims to have a few new songs out. So stay tuned, and be sure to check out his work!

Damien Johnson Confronts Transphobia On His Cover of ‘Your Woman’