Artist Kathy Temin takes a page out of a fantasy book

At first glance I felt both excited and curious about the artistic pathways that lay ahead of me, inviting me to step in and take a closer look. 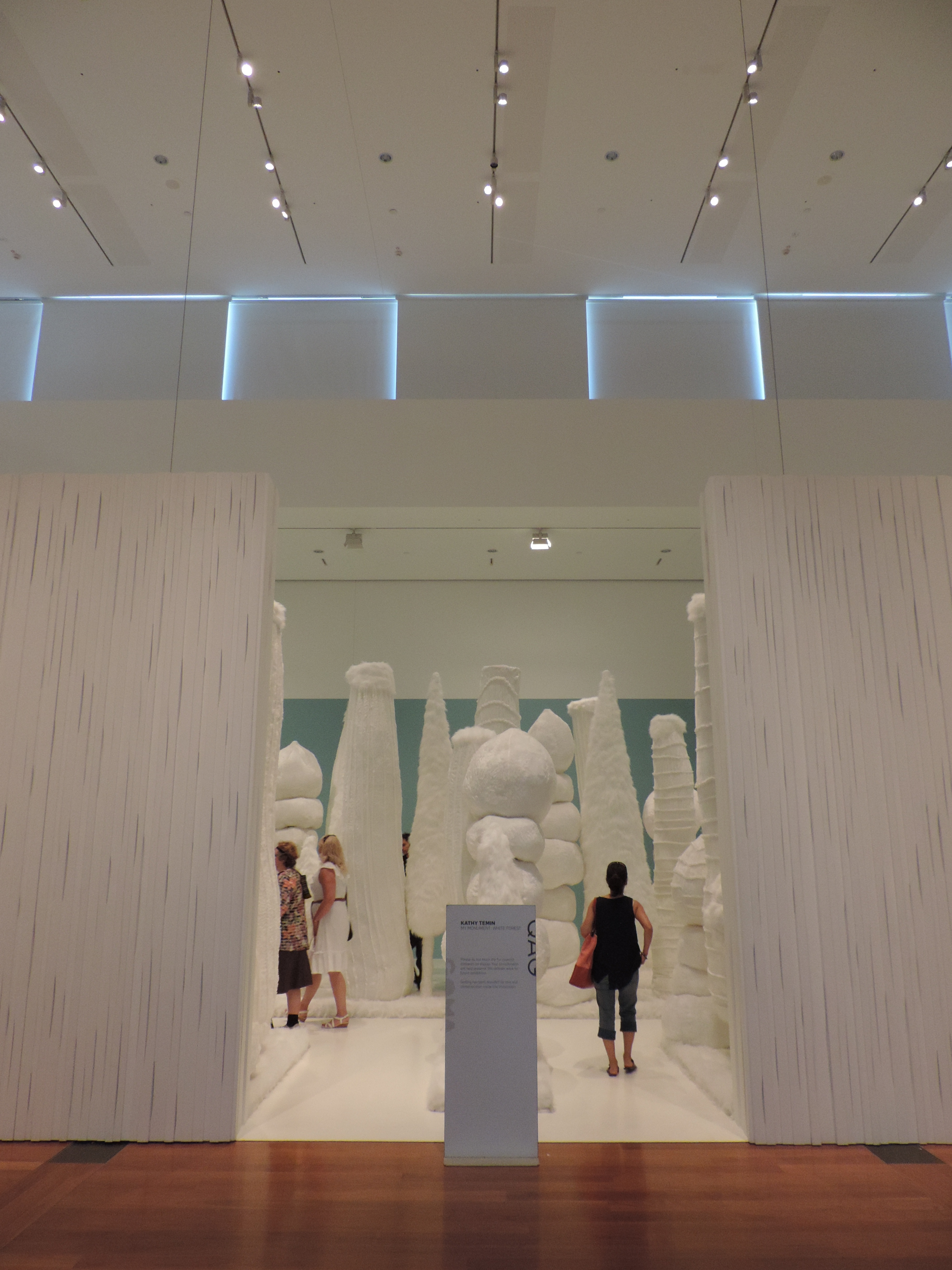 From the entrance, I observed the stitching within each inquisitive shape. Lopsided trees appeared to be swaying into the path while stacked marshmallow-like balls gave the illusion that they were slightly unbalanced and in motion.

As I wove in and out of the white forest, I felt as though I had stepped though a secret passage way and in to a new realm where all of my worries were left behind. The essence of mystery hung over every step. Tentatively weaving throughout, I pinched my arm in disbelief â€“ not knowing if I was in fact in a dream. 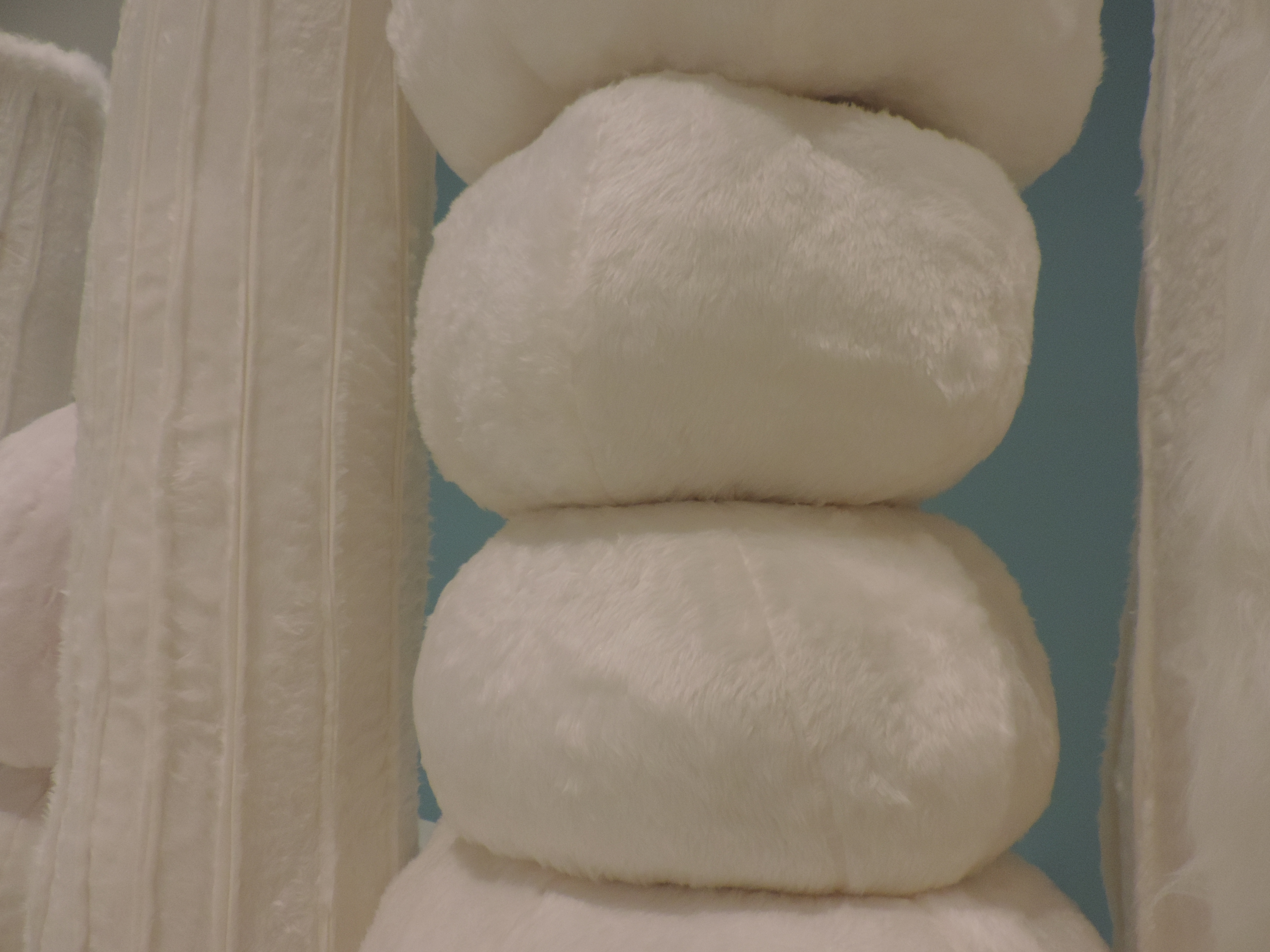 I slowly gathered ideas of a white Christmas, a land where snow would forever fall and an edible forest made from soft candy.

I listened to the comments of other onlookers while continuing to discover my own conclusions to the creative work. As a tall man in khaki shorts stepped in to the room he froze as he accidently called out his thoughts about a The Chronicles of Narnia and its potential influence on Teminâ€™s work. Another couple behind him discussed a link between the tales ofÂ Dr. Seuss.

However no matter his or her thoughts, each observer to walk through the open doorway fell silent and froze, pondering how their expectations related to what they were about to see.

Temin had created a fantasyland for the city of Brisbane. It was as though she picked a page right out of a childrenâ€™s storybook. 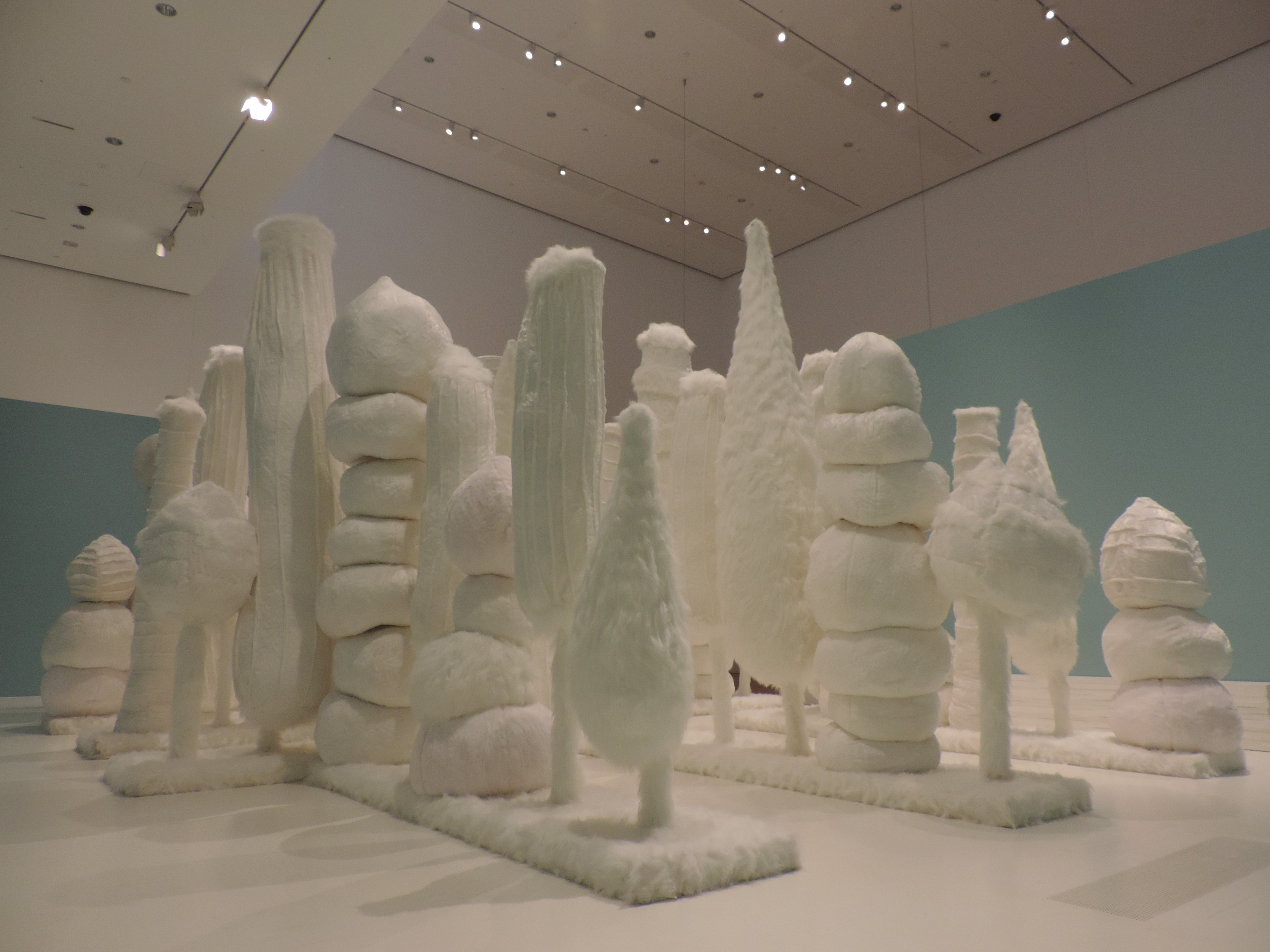 However, the fantasy realm that each onlooker explored was not the only insight behind Teminâ€™s curious artwork.

Temin grew up as the daughter of European migrants. Her artwork, My monument: White forest 2008, explored her childhood memories and past of displacement.

Temin drew on her personal experiences, with each object representing both place and time. 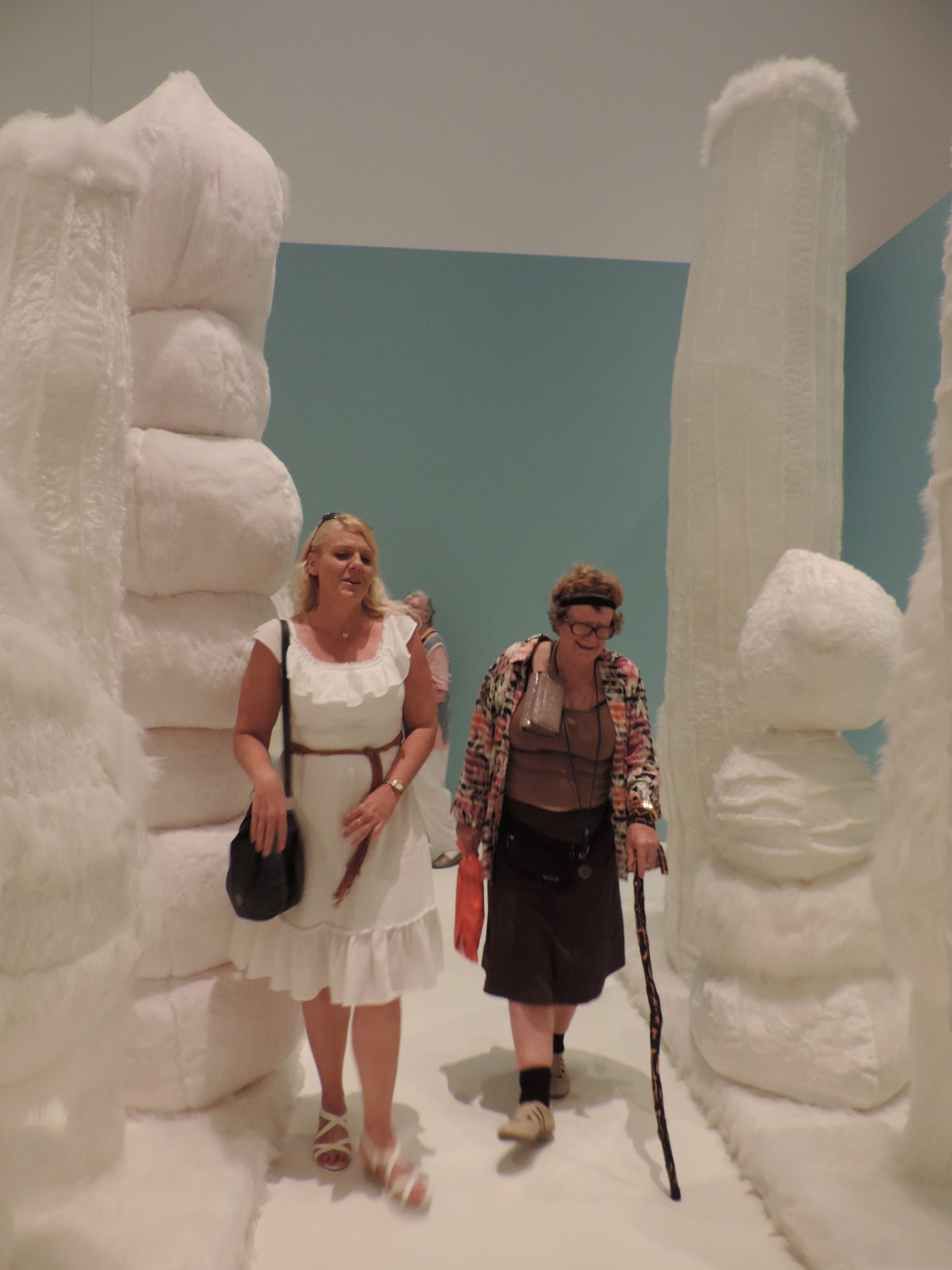 Her concept invited onlookers to discover their own interpretation of the white on blue fantasy forest.

My monument: White forest 2008 is an exhibition that should be visited with an open mind and an attitude that evokes the imagination.

The Details
What: Kathy Teminâ€™s My monument: White forest 2008
Where: QAGOMA, Cultural Precinct/Stanley Place, South Bank
When: September 21, 2013 to February 9, 2014
How Much: Free
Website: http://www.qagoma.qld.gov.au

Movie Food: the pros and cons

In case you missed it: Best of the Golden Globes