Brissy band FeelsClub have been killing it in the local scene of late, dropping their new single So Done and selling out to Foundry gigs in the last twelve months. We were lucky to catch vox/keys/graphic designer aficionado Mika Campbell for a chat about everything from intersecting artistic disciplines to general silliness in life.

The Creative Issue: Tell us a bit about yourself! Who are you as a person and as an artist?

Mika Campbell: Well I’m 154cm’s of walking flesh that somehow manages to tense the right muscles to get out of bed each day, I try to smile at people but I think I scare them off and I spend most of my days staring at my computer screen wondering if I’ve forgotten how to connect with the outside world yet. As an artist… let’s say I like to get around, there’s something thrilling about new creative challenges whether it be creating a brand, getting up on stage and exchanging energies with unknown faces or working on a personal project that strips you bare and pushes you into an unlikely journey… you’re vulnerable and not really sure on where it’s going but somehow that’s what keeps you going back for more. The allurement of curiosity in what could be next.

TCI: Tell us a bit about how your respective artistic disciplines interact and feed off each other?

M: As I said, I’m a sucker for anything in the creative industry and I’m lucky enough to have dipped my toes in a few areas. My money maker (and what I studied) is Graphic Design which I enjoy and I love my work/clients but I wouldn’t say it stimulates my want to reach out to people and provoke feelings. I’ve always had a love for fashion, film, photography and music… which I think my life has a pretty nice balance of.
Being in FeelsClub, I create all the design assets and merch (with Jonnie’s help/ideas) and then I also create posters for events throughout Brisbane, I’m obsessed with the movement within film and music and have dabbled with short videos / animations for personal projects… and of course, my love for fashion just means I get to dress up on stage or for photoshoots. It’s all just a nice lil web. 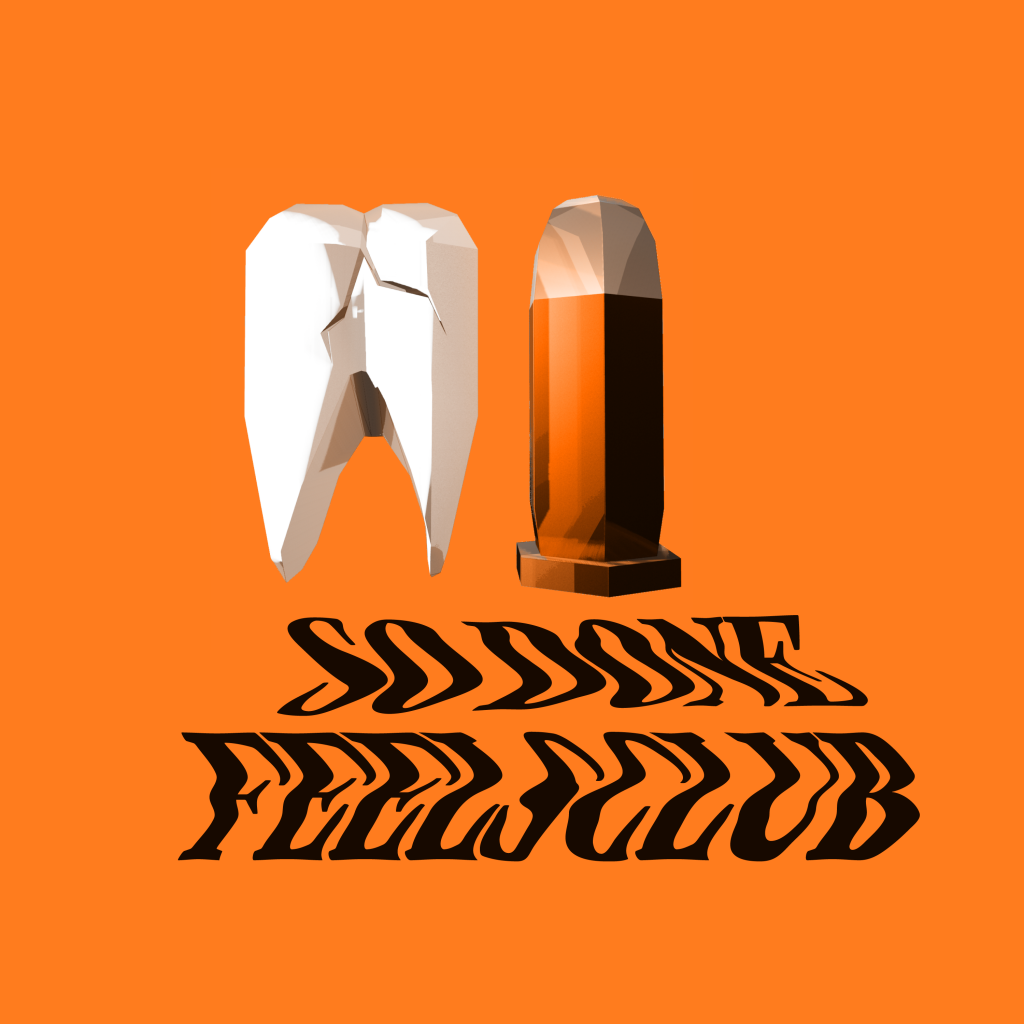 TCI: Do you have any career goals? What about life goals?

M: My career/life goals are to collaborate with international artists and to tour more internationally. Earlier this year we were able to do some shows in Japan, so that gave us a nice taste of live music outside of Australia. Overall though I don’t know, maybe just to give back to the world – I’ve always struggled with anxiety and depression so it would be nice to somehow help people feel okay that bad shit happens and they’re not alone.

TCI: What’s the most exciting thing in your life right now?

M: Our last tour that we have just wrapped up for ‘So Done’ has been such a killer little jaunt around the east coast and being able to share a song with such importance to us has been a #blessed little experience. Over the weekend we did a 10hr shoot for our next film clip, so I’m extremely excited for that! It was exhausting but we’re all so appreciative of the Griffith team and their efforts. Perhaps you’ll see it in the next few months. Other than that, our next tour (in November) is what’s currently on my mind.  Within my design realm I’ve been designing away with some local amazing people/brands like The Functional Nurse and an up and coming label Sunday Wild, which is crazy to do when your out on the road touring every second weekend but it really adds to the palette I’ve been drawing from.

TCI: If you could collaborate with any one artist, who would it be?
M: It’s hard to say who I’d want to work with next as there are SO MANY artists I’d love to collaborate with. Checkpoints on the list though? The first ones to come to mind are @james.pdf, Jess Cochrane, Kanye haha.

TCI: What’s your favorite festival to play and why?

M: The festivals I want to play? Splendour in the Grass is obviously a big Australian goal but I’m really enjoying all the smaller festivals like Yours and Owls, Beyond the Valley and even some of the fresh ones like Yonder Festival. Ultimately though I’d have to say Yours and Owls, I love everything they’re about and they’re doing wonders for the Australian music scene. Plus… the Wollongong energy for music is insane in the best sort of way. To play to that sort of crowd would give our lil endorphine buddies a nice shake up. But if we were to just take it out of the ones we have played so far I’d have to say Woodford Folk Festival; that place just has such a wholesome friendly vibe from start to finish.

TCI: Who are your musical inspirations and favorite people to listen to? 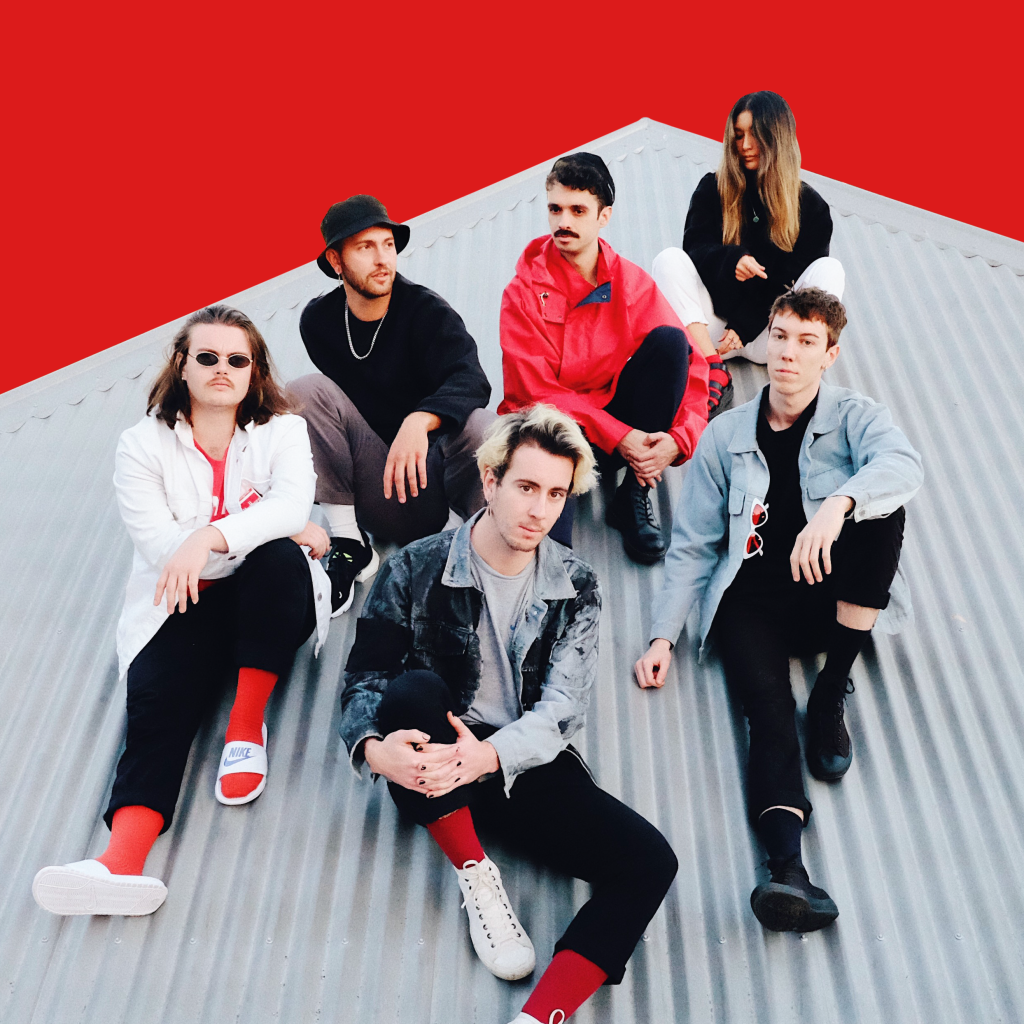 TCI: What’s the silliest thing you’ve ever done?
M: Microwave alfoil, forget some of my instruments to a gig (lucky it was in Brisbane), live in a house with mould for 4 years, being so drunk I go the valley after stepping in glass (and still had glass in my foot), let anxiety get the better of me… that’s a hard one. My life is full of silly actions but I’d say my silliest is not travelling overseas sooner. My first time overseas was this year at the age of 26 and I feel like if I did it sooner I may have avoided some bad choices in my life. But then again, who knows maybe it all went exactly as it was supposed to.

You know what’s not silly? FeelsClub are possibly coming to a venue near you soon. Check out their Facebook page with the events and ticketing information here.

Five of the Best New Bands at BIGSOUND 2019