If you’re looking for the perfect way to warm up for this year’s BIGSOUND, look no further than Best Before the Fest.

We caught up with the artists playing Best Before the Fest so you’re in the know for tonight’s event. 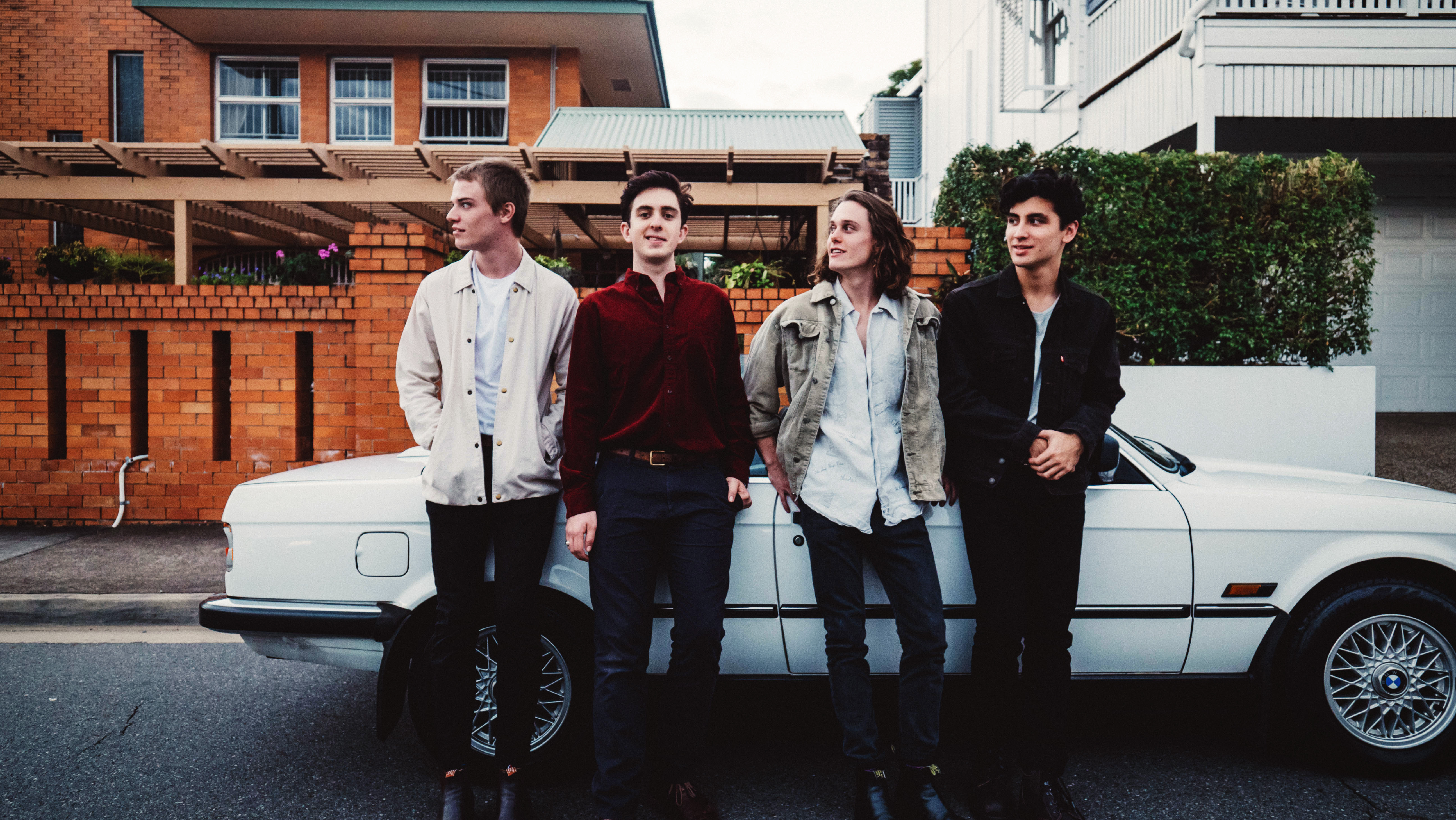 “We started out by playing in living rooms and backyards about 18 months ago, and from there we’ve just kept writing and playing as much as we can.” Twinfolds told us. Even though it’s been a short time frame, they sold out their single launch at Black Bear Lodge in April and released their debut EP, No Feeling if Final on June 30 this year.

While they haven’t set anything in stone, Twinfolds say they’re a little something like “alt-rock that you can dance to”, but they’re still figuring itÂ out.

They also say they want everyone to be having a good time at their set. If you like what you hear, you’ll be able to catch them playing some more gigs off the back of their EP. You should also keep an ear and eye out for more music next year. 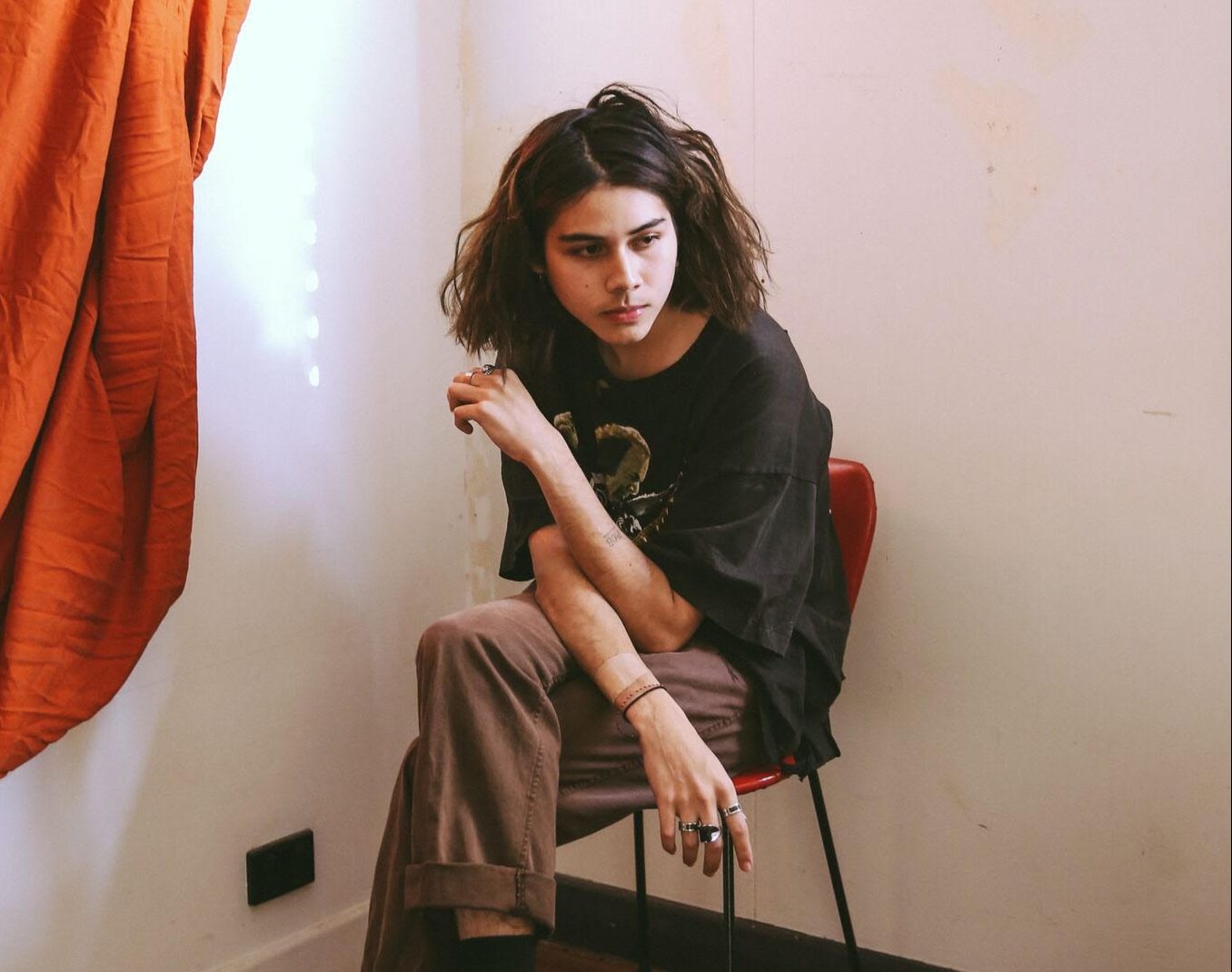 Chakra Efendi explained that his project beganÂ “a couple of years ago as a therapeutic way of dealing with my problems. It was a creative outlet that let me channel my emotions into.”

A combination of multiple sub-genres, Chakra Efendi called his music ‘Fish Pop‘ because he
“couldn’t bothered settling on a proper one, so [he] made [his] own.”

“They can expect four beautiful best friends playing some music. We’ll be full business mode though, so only communicate with us through business cards and hand shakes. ”

In addition to having music out “relatively soon”. Chakra Efendi will be supporting I Know Leopard on the September 15th at Black Bear Lodge and These New South Whales on October 21st at the Sunshine Coast’s The Basement. 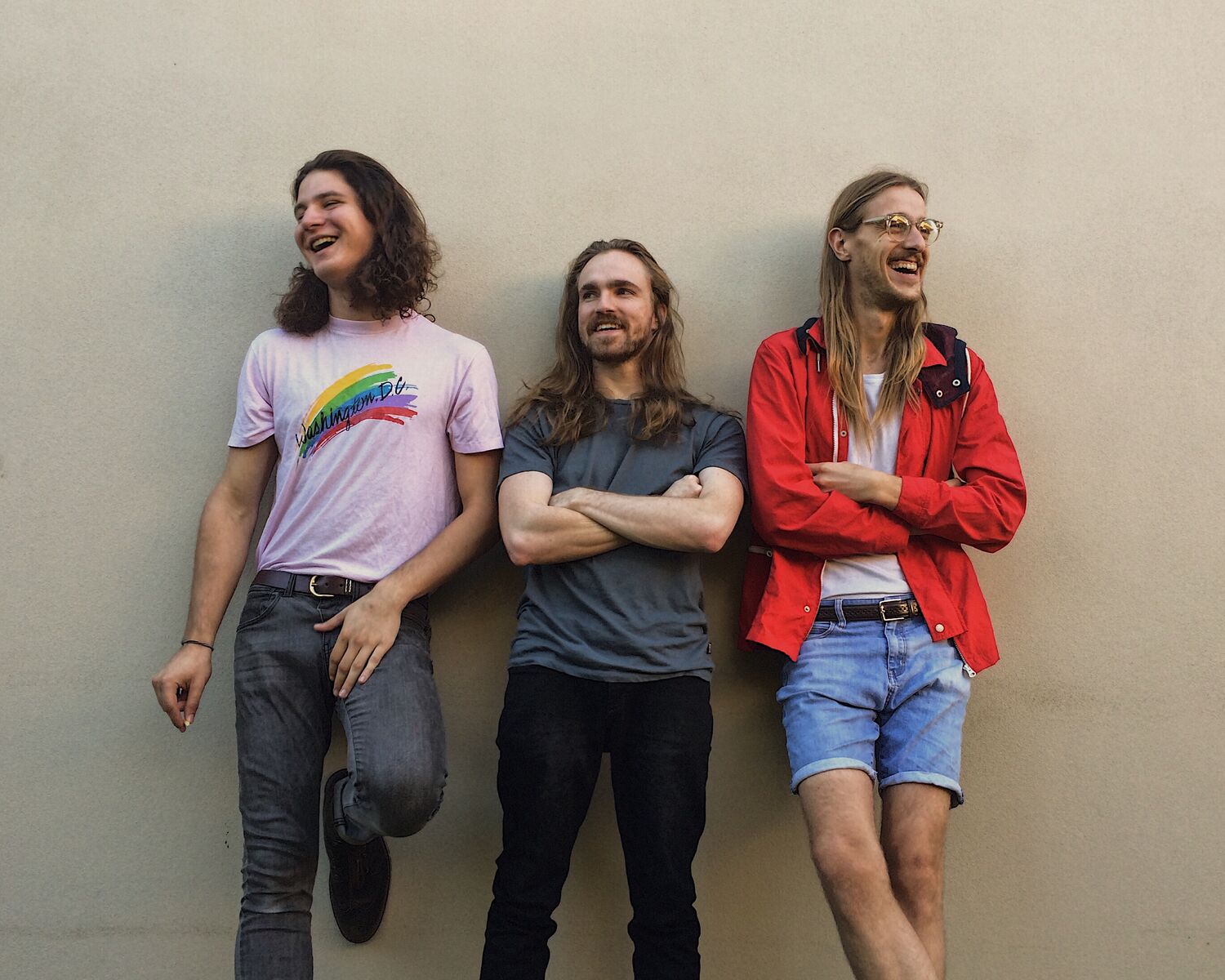 Bugs’Â Connor said he “just started making surfy noise pop demos for fun on my laptop in 2014 and a few got noticed [and] played on radio so I decided to try and put more effort into it.” He and Brock and met years ago, and through the magic of Facebook, found themselves recording an EP together.
From then on, they worked with fill-in bassists until they met Jordan, and Bugs’ form was complete.

“We all get along really naturally and work cohesively together, I’m really lucky to have made two invaluable friends, it’s just a cool bonus that I get to play music with them.” Connor said.

Self-described bogans at heart, Bugs describe their music as “lighthearted and fun, sunny and soppy.” Â “Lyrically it can be quite frank and unapologetic but that’s who we are as people. We like to see our songs as a more of a social commentary [and] introspective diary than harsh judgement or snobby critique”. They said.

Their music is honest andÂ opinionated, and Connor says “at the very least if it’s not challenging you to think, I hope it makes you feel less alone. I wear my heart on my sleeve and I hope that makes our music a source of support for those who can relate to our problems. It’s pretty lonely being an adult, and it’s pretty rare to feel inclusion, so that’s what our music is all about. Having a good time with your mates.”

At Best Before the Fest, you should expect to join Bugs‘ crew of friends who they say are “insanely fun and full of like at shows” who help them achieve their common goal of “having a hell of a good time together.” Additionally, you should expect “Some new music, Jordan’s nipples, Brock’s new haircut, and hopefully me not breaking five strings again. Last time we played there I butchered my way through two guitars and a whole heap of tech mishaps.” The band’s been working hard on their live show so here’s hoping its catastrophe free!

Bugs will be “slamming out a single next month and hitting the road to show off the brand spankin’ new track. “Hopefully at least someone think so” Connor laughed as he added. 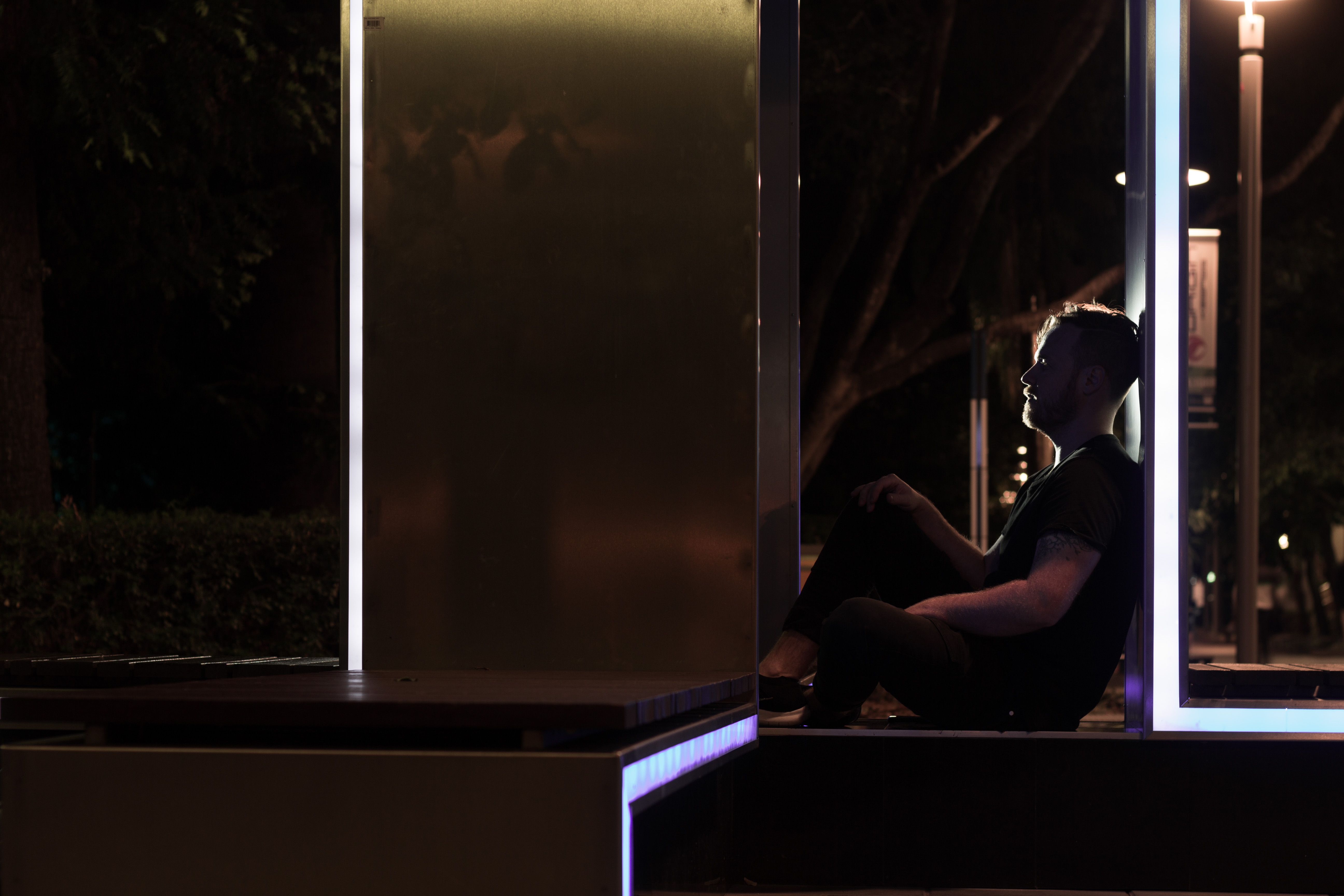 Leaving a movie about Mozart when he was a kid, Andy WardÂ walked out saying “I want to be like that guy”. “Pretty soon after I started Violin lessons.” After some time at uni, Andy said he “figured out that classical music wasn’t for [him].”

“My old man and I never saw eye to eye, so I moved out at 17 and started playing in the streets of Brisbane to make living. That’s where I started my first few bands. I saved up and bought a recording rig and from there realised computer music was where it was at. I could do anything with a keyboard and software. I wan’t really making stuff for others to hear, but I just loved writing and layering to craft songs. ” Andy explained.

Andy also explained that he writes music in a traditional way, focusing on verses and choruses.Â He begins at a piano “until it works with just chords and voice. After that, I guess, I try to hide my instrumental upbringing by creating a digital world for the music to live in. I’m not really interested in dance music, so making tunes on computer like it was folk or rock is really what I do. My secret shame is traditional radio pop so I would call it ‘electronic art-pop’.”

“Since I don’t really write up-tempo dance music, my show is more of an immersive experience rather than a voyeuristic one. I’ve worked on bringing visual elements without making them a gimmick. I want people to walk away saying, ‘The songs were amazing, but you need to see it live’. I don’t think thatâ€™s all that common in music that is made on computers. I want the show to sound better than the recordings, just like old school rock or RnB.” he said.

We’re sure you’ll love Andy’s set, so be sure to keep an eye out for his single releases, that he hopes to have out sometime this year. 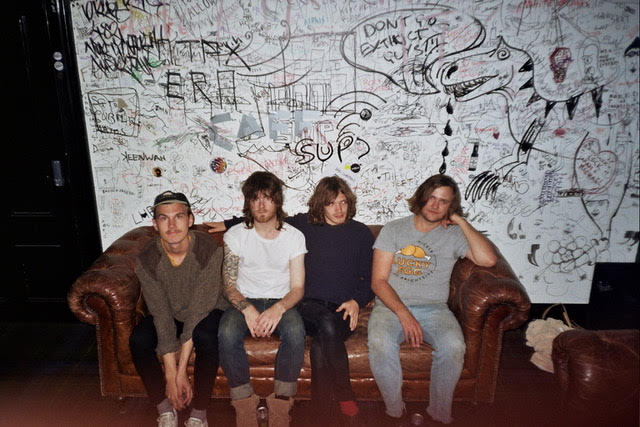 “Jouk Mistrow‘s history really started the same as many bands” said frontman, Ethan Greeves, “in high school between friends, but after many years of learning, experience and personal growth has become the post-contemporary gothic narrative it is today.”

So how would Jouk Mistrow’sÂ describe theirÂ sound? “100% paranoid existential indie rock, really nothing special! But if it’s your cup of tea, you can take a big sip. If it’s not, then move on to the next thing on the internet!” Ethan said.

Jouk Mistrow’s set will includeÂ “flippant guitars, driving bass lines, melodies and counter melodies all backed by a concussive rhythm that will steadily build you into a cathartic and carefree state, ready to spurn you back outside for the other next big thing”

Once they wrap up their set at Best Before the Fest,Â you’ll seeÂ Jouk MistrowÂ completingÂ “a rung of
Â dates” as well as “supporting those nice young boys in The Creases for their homeshow at The Zoo on 22nd September and then the release of our third EP End This Mess! and another round of shows in storeÂ playing our favourite festival in Australia,Â Jungle Love, in November”.

What:Â Best Before the Fest