Taking one look around the room- champagne corsets, packed plates and glamorous fittings describes the launch event for Asana by Pete Evans at Capri by Fraser. This was a night to remember.

Renowned for being a judge on the television cooking competition, My Kitchen Rules, Pete Evans invited friends and guests to the official launch of his restaurant Asana in Brisbane city. The Creative Issue was there Â to experience menus designed by Pete and coffee by The Sensory Lab. It was a celebration for the hard work put in behind the scenes with entertainment and beautiful company. The restaurant offers breakfast, lunch and dinner while the adjoining cafÃ©, by Melbourneâ€™s Senroy Lab, sells Paleo snacks and sweet treats. The kitchen is lead by chef, Josh Harris who until recently was head chef at Era Bistro and built his working resume at other locations such as Baguette Bistro and Customs House. 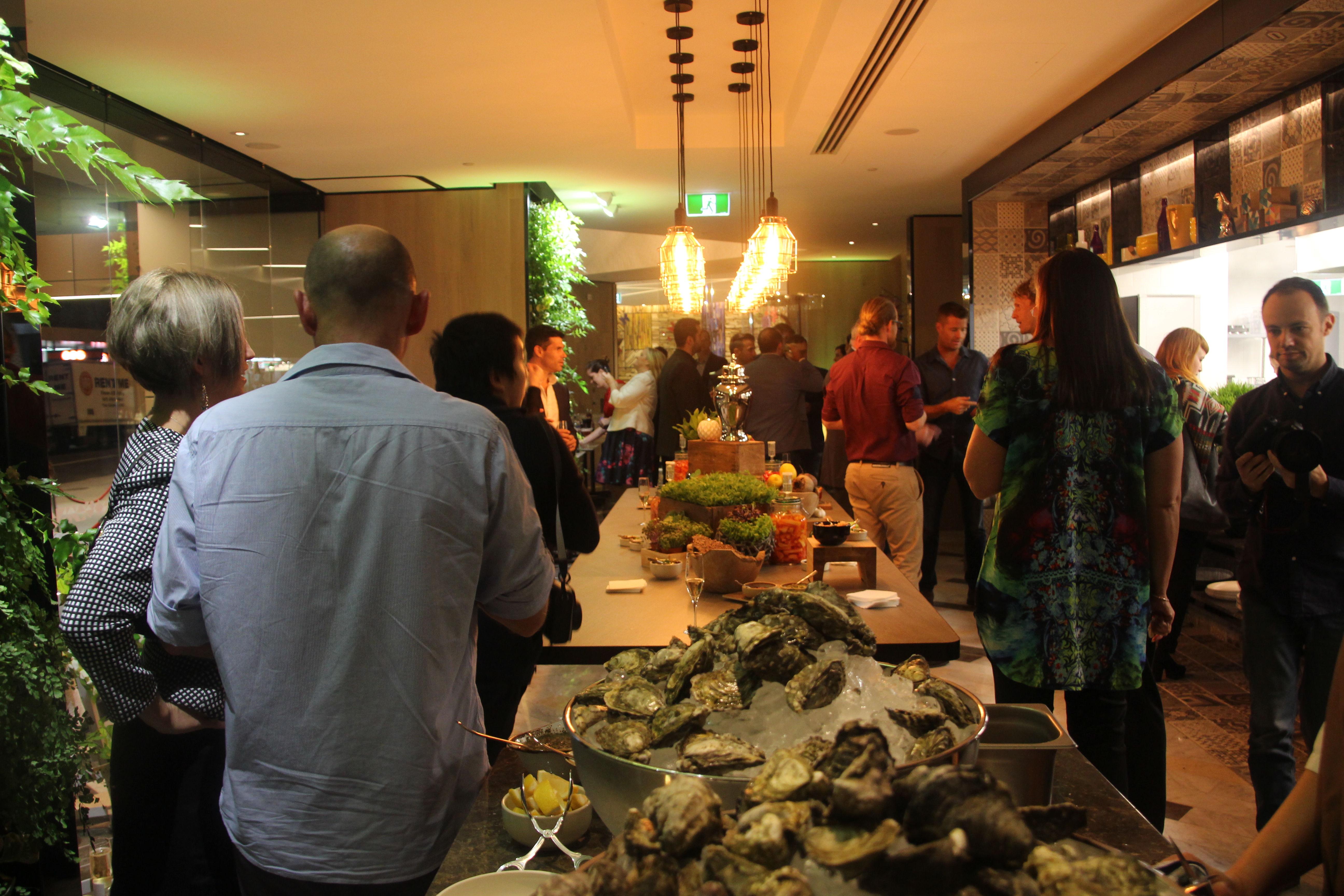 Peteâ€™s ambition to introduce healthy eating, with fresh seasonal produce, into Brisbane nightlife is sure to be a hit with locals. His menu has been designed for the modern traveller in mind, one who is looking for a dining experience that nourishes both body and soul. In his words Pete asserts that “at its heart, food should be a celebration and that’s why I’ve designed a series of classic dishes made with fresh, local ingredients that are full of flavour and texture so you’ll remember them long after you finish your stay”. This concept was definitely exhibited on the opening night of Asana.

Astonished eyes moved from one plate to another as scents wafted over the humbling conversations between guests. Cheerful staff worked effortlessly on the night presenting delicious plates for entrÃ©e main and desert as the guests helped themselves to small sharing pates scattered throughout the open space. A populous meat board displayed salami, jamon, biltong and lardo whilstÂ seed crackers with guacamole, roasted beetroot hummus and chicken liver pate were among smallÂ entrees sitting alongsideÂ luscious greenery. 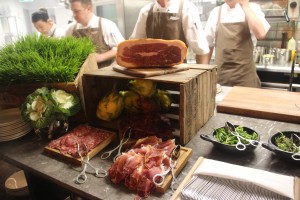 The enormous windows of Asana showed the envious faces of those walking by as they previewedÂ what is sure to be the frequent happening nightlife of this hip healthy joint on the corner of Mary and Albert street.

The kitchen was on display as guests anxiously watched as their masterpiece meals were being created in front of their eyes. The Rib Eye steak created a chimney of smoke on the grill as on-lookers drooled at its sight. 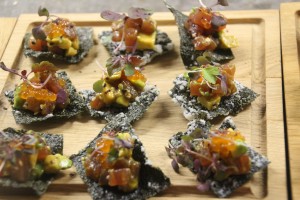 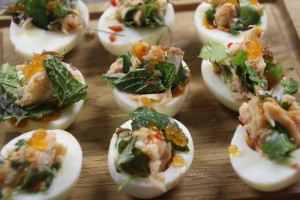 A table in the centre of the room showcased seasonal oysters from Tasmania, as guests were able to see the chef hand pick each oyster and skilfully split its shell. An array of toppings that were available allowed for the creation of ones own entrÃ©e as guests drizzled them over fresh Oysters.

With the appearance of the main meals, conversations were dulled as mouths peacefully chewed on the tender rib eye and eyes closed to embrace the bursting flavours of the fish and sweet potato combination. The sophisticated visual aesthetic of each plate created a masterpiece of artistic practice of the chefs who worked tirelessly behind the scenes.

The music traversed the setting with remixes of popular hip songs putting a grove in everyoneâ€™s mood. This was also evident as desert was presented at the bar. The beauty of the deserts made those around it marvel in there creations as phones were drawn and cameras were found in order to capture the elegance. The deserts presented were a range of glassed items of chococado mousse with fresh berries to paelo tiramisu, which melted into a combination of crunch and silky smooth jelly in the mouths of gratified faces. Coconut panna cotta accompanied with seasonal fruits and ginger kombucha jelly were devoured by guests who used their spare hand to clutch at the fragileÂ frame of espresso martinis and specialty cocktails. 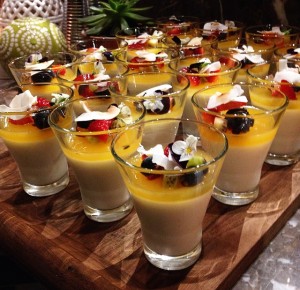 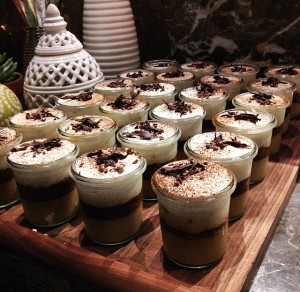 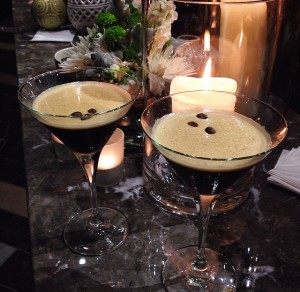 For more information check out the Asana food and drinks menus

To make a reservation