The soothing act of being read to is one we might forget as we grow older and live for Facebook and our Twitter feeds – plug yourself into one of our picks and get literary without even turning a page.

A few years ago I was lucky enough to score some “archival” work, mindlessly scanning document after document at a remote medical clinic. To compensate for the drone-like nature of the job, I was allowed to wear headphones as I worked, and it was there I discovered the beauty of the audiobook. As my co-workers went about their office tasks, 1984 in all its dystopian glory was unfolding between my ears, and it was thrilling.

Some critics argue that audiobooks are for the lazy, and that appreciating literature requires greater concentration, but when placed in the hands of a skilled voice actors, there’s nothing more immersive or entertaining. Give a few of our favourites a listen:

These have been around almost since the advent of the series in the late 90s, and yet there’s still something ultimately joyous in hearing Stephen Fry do all the voices – if you were never lucky enough to have Harry read to you as a kid – or never read it at all, you’ve got some catching up to do. Lose yourself to a nostalgic world of hexes, dragons and Quidditch, even if is 2013 and you might already know who dies in book five.

If there’s anything to inspire you on your morning run or your grocery haul, it’s having Australia’s first female Prime Minister in your ear detailing her rise to power and life at the top. (Well – just the introduction.) The political memoir, read by actress and professional narrator Jennifer Vuletic, begins on the day she was sworn in as Prime Minister, details her personal motivations, Labor party rumblings, the earth-shattering mysogyny speech and how she dealt with the boorish brunt of the mass media during her three years in office. Though absent of scathing attacks or gossip, this book is a valuable read for anyone who’s wondered what really goes on behind party lines.

The Art of Asking – Amanda Palmer – available from Amazon

The music industry is changing, and alt-rock star Amanda Palmer has taken up charge as the face of it. Part memoir, part selp-help novel (read our review of Funemployed here for a similar take on life as an artist) The Art Of Asking, Or How I Learnt to Stop Worrying and Let People Help details how she broke away from her major label and made the choice to ask her fans for help – eventually raising over a million dollars in the process. It’s a poignant, often-humourous read that aims to help readers lead positive lives and make the art they want – and read by Amanda Palmer herself, it’s the next best thing to having your own rockstar guru. 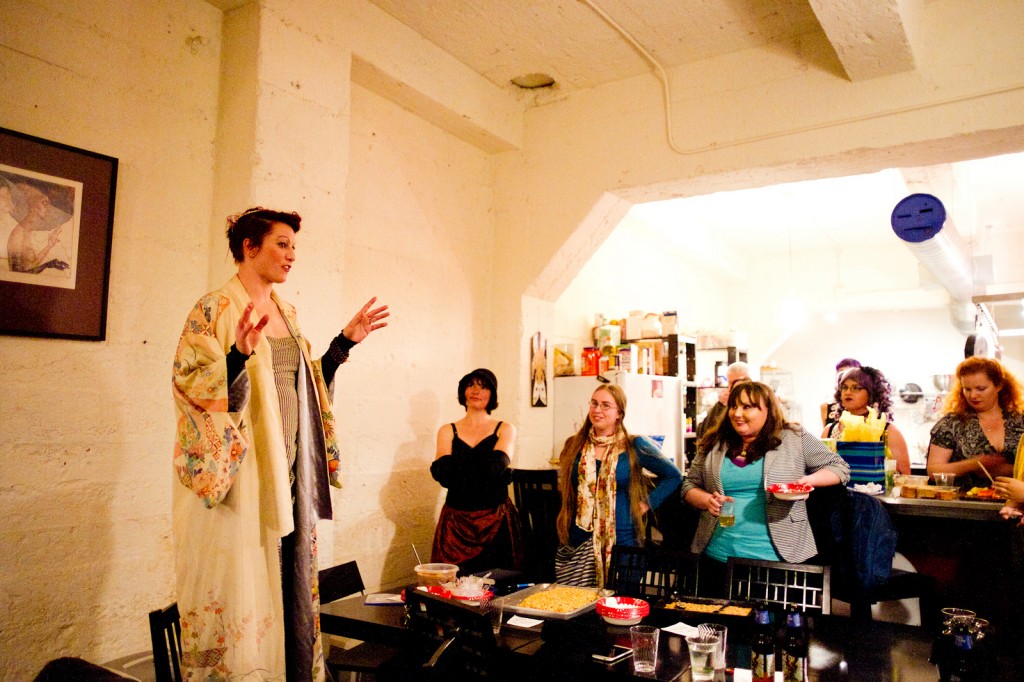 Celebrated author of The Slap Christos Tsiolkas skillfully captures Australian suburbia once again with Barracuda, class and race relations in a novel about Daniel Kelly – nicknamed “Barracuda” – a rising swimming star at odds with his place in Australian society. Non-linear, with each chapter narrated by a different character and spanning the course of 16 years, it still proves to be a more powerful, cohesive follow-up to The Slap, while echoing many of its themes. Read by award-winning Australian actor Grant Cartwright, this is a must-listen for fans of good Australian fiction.