“The thing about writers” I said, with an ounce of chagrin to my tone, “is that they’re very good at telling you who they are through their writing, not so much directly”. I am a writer at heart, anything literary speaks volumes to my soul, and in turn, I convert that heart-word music, into white noise. In layman’s no uncertain terms, I have more than six years of academically backed writing experience and have a huge interest in the works of Markus Zusak, J.R.R Tolkein, Rabbie Burns and my favourite modern author Terry Pratchett (may he rest in peace). I enjoy the nerdier things in life, comics, movies, and music. I am a self-proclaimed cinephile, and enjoy most movies to some extent, even the truly awful ones, and have taken to learning to play the banjo when time permits. But where my heart truly lies is in my love of all things theatre, in peace and quiet, and good tilled earth.

MELTing in May: James Lees 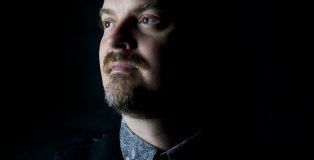 MELT Festival of Queer Arts and Culture is a yearly festival of creative cultures centered around queer expression and story. Hosted and run by Brisbane Powerhouse, the festival embodies LGBTIQ+ representation through theatre and performance. We recently had the chance to talk with MELT Festival’s director James Lees.

END_OF_DOCUMENT_TOKEN_TO_BE_REPLACED 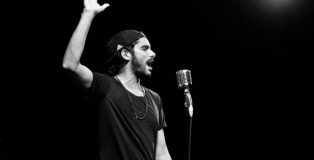 In the leadup to his one-night event with the Queensland Symphony Orchestra as part of WAVE Festival, which is a celebration of modern sounds and classical music, Luka Lesson chatted with us about his influences, his wisdom and the power in his words.
END_OF_DOCUMENT_TOKEN_TO_BE_REPLACED 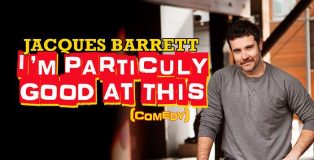 In the comedy world, the goal is to entertain and enlighten. One man who is taking on this lofty goal is Jacques Barrett. We recently talked to him about his place within the comedy world, his hopes, goals and aspirations, both personal and for the comedy scene, his idols and his new show as part of the Brisbane Comedy Festival.

END_OF_DOCUMENT_TOKEN_TO_BE_REPLACED 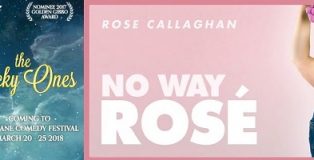 Women in comedy have been a hot topic in the entertainment industry for a long time now, and the divisive attitudes of audiences can be overwhelming to newcomers and experienced female comedians alike. We recently had a chance to talk to two amazing female comedians as part of the Brisbane Comedy Festival, Rose Callaghan, and Rama Nicholas.
END_OF_DOCUMENT_TOKEN_TO_BE_REPLACED 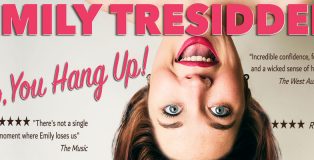 Relatable humourist and stand-up comedian Emily Tresidder, is more than meets the eye. We recently had a chance to chat with her about the comedy scene, the struggles she’s faced, and of course her forthcoming show “No You Hang Up!”