Barney Lewis is the only son of two Australian diplomats. He was born in Sri Lanka in the early 1980's amid the uprising of the Tamil Tigers against the Government of Sri Lanka. His parents trekked through South East Asia before they returned to Australia when Barney was 12. Born Ravi Tinka Lewis he later changed his name to Barney once established in high school. 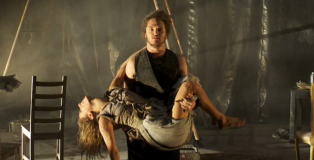 The Hamlet Apocalypse… The Danger Ensemble are bringing Hamlet, on the eve of the apocalypse (I’m praying to God it is all in the name of art) to the Judith Wright Centre of Contemporary Arts, with a balls to the wall performance where anything goes on any given night!

END_OF_DOCUMENT_TOKEN_TO_BE_REPLACED 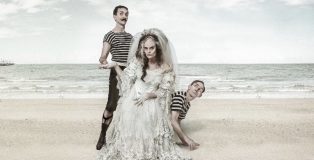 It wasÂ opening night at The Playhouse, QPAC forÂ Opera Queensland’s production of Ruddigore, or the Witch’s Curse! and the anticipation amongst the audience wasÂ palpable. Artistic DirectorÂ Lindy Hume’sÂ spin on the lesser knownÂ Gilbert and SullivanÂ piece was only moments away and fuelling the anticipation of those in their seats wasÂ Richard Roberts’ off-kilter stage design. It wasÂ time for the gothic,Â Python-esqueÂ inspired show to kick start its Brisbane run. I strapped myselfÂ in!

END_OF_DOCUMENT_TOKEN_TO_BE_REPLACED 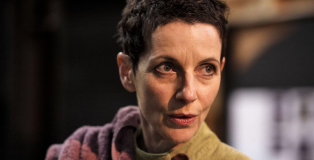 The Creative Issue had the pleasure of speaking with Christen O’Leary in the lead up to the La Boite & QUT Creative Industries production of Nick Enright’s,Â Blackrock.

END_OF_DOCUMENT_TOKEN_TO_BE_REPLACED

“Ruddigore”: Opera, yes…But not as you know it… 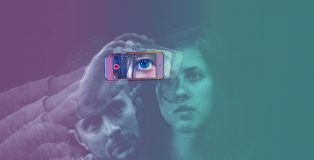 It’s opening night of Wireless at the Judith Wright Centre. I take my seat for what is my first experience of contemporary dance and I’m apprehensive about the hour of performance ahead of me. END_OF_DOCUMENT_TOKEN_TO_BE_REPLACED 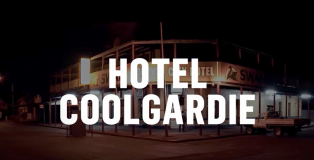 Hotel Coolgardie is Pete Gleesonâ€™s documentary about two Finnish backpackers, Lina and Stephie, and their experience with the Coolgardie locals and an outback pub. END_OF_DOCUMENT_TOKEN_TO_BE_REPLACED 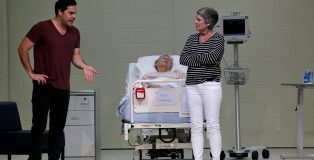 It’s opening night of Once In Royal David’s City and the Playhouse, QPAC is abuzz with the anticipation of sponsors, season ticket holders, aspiring playwrights and actors as well as a throng of well known industry participants. The stalls … END_OF_DOCUMENT_TOKEN_TO_BE_REPLACED