I’m a Stand-Up Comedian with degree in Journalism from QUT. My proudest comedy moment to date was MCing a comedy show in Lismore, NSW which featured Aussie comedy legend Steady Eddy as the headliner. As a writer for The Creative Issue I aspire to give more exposure to some of Brisbane’s best local comedians by reviewing their gigs, interviewing them to discuss their biggest career achievements and to share their tips for aspiring young comedians. I love making jokes about my autism and using comedy as a platform to make light of all the awkward social encounters I experienced during my childhood and to inspire other people on the spectrum. I’m currently studying a Graduate Certificate in Digital Communication at QUT. Check out my website bjconnolly136.com 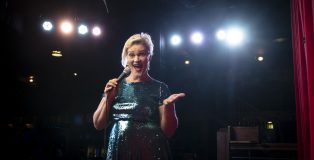 Musical comedian Jenny Wynter was originally supposed to be hosting a comedy show at The Sit Down Comedy Club to celebrate Mother’s Day on Sunday 10th May.

END_OF_DOCUMENT_TOKEN_TO_BE_REPLACED 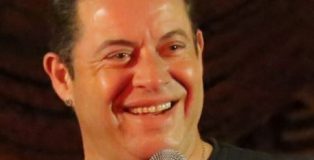 In October 2009 Brisbane comedian Lindsay Webb broke the Guinness World Record for the longest ever Stand-UpComedy gig for a solo artist; he spent an astonishing 38 hours and 6 minutes on stage. END_OF_DOCUMENT_TOKEN_TO_BE_REPLACED 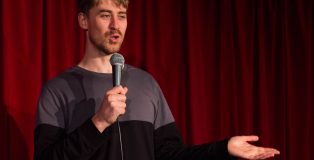 Deeply philosophical and unafraid to divide audiences with his opinions on the psychology of human behaviour and the dangers of political extremism; Shayne Hunter is arguably one of Australia’s most intellectually stimulating and thought-provoking comedians. END_OF_DOCUMENT_TOKEN_TO_BE_REPLACED