Frances Wilkinson is an independent curator and producer living and working in Melbourne. Born in Perth, she spent her childhood in Malaysia and Saudi Arabia, and has been living in Melbourne for the last 12 years. She completed her Masters of Art Curatorship at the University of Melbourne in 2013, and has experience curating and producing at organisations including Screen Space, No Vacancy, the Australian Centre for Contemporary Art, Melbourne Music Week, the Human Rights Arts and Film Festival, and Exit Art, NYC. Her main curatorial interests are the inversion and/or convergence of different artistic subjects including viewing spaces, modes of production, and roles of the artist/producer/curator. She is also interested in the personification of objects (including art objects). She currently works as a Gallery Assistant at Arts Project Australia. 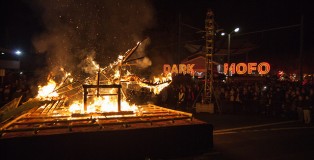 This year’s Dark Mofo was based on extremes: fire and ice; darkness and light; warmth and cold (and a bitter, bitter cold at that). END_OF_DOCUMENT_TOKEN_TO_BE_REPLACED

Somewhere in the City 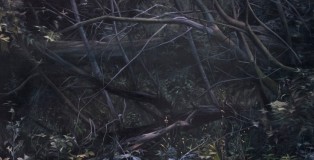 Somewhere in the CityÂ exhibition opened at Arts Project AustraliaÂ in Northcote, Melbourne on the warm afternoon of Saturday 13th of June. Â AÂ gallery that supports and promotes the work of artists with intellectual disabilities, advocating for their inclusion in contemporary practice, Arts Project Australia hosted a packed out gallery of old and new friends who came along to the opening.

END_OF_DOCUMENT_TOKEN_TO_BE_REPLACED 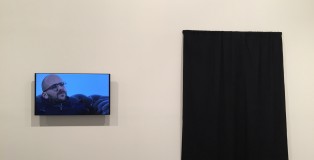 Renowned British artist Ryan Gander was in Melbourne for the opening of hisÂ exhibition READ ONLY, which opened at the Australian Centre for Contemporary Art on Wednesday 3rd June.

END_OF_DOCUMENT_TOKEN_TO_BE_REPLACED 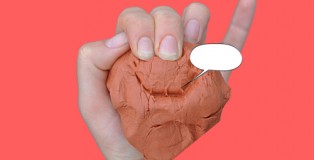 Those of us who visit art exhibitions regularly have all been guilty of over-indulging in the wall text. Be it as a result of feeling overwhelmed by the art around us, intimidated by itâ€™s meaning, or simply feeling lazy, an accepted common starting point in our journey around the gallery is the explanatory wall text.