I think my first ever concert was Muse in 2010. After the Entertainment Centre started to empty, ears still ringing from Matt Bellamyâ€™s final note, I decided that despite a subsequently temporary lack of hearing, I quite enjoyed live music. I began to venture into Brisbaneâ€™s West End, the Valley- ever learning of the new and exciting bands and producers that Brisbane was churning out at a dizzying rate. Brisbane is a city of flavours, bands with hints of past eras of rock, punk, electronica, grunge, folk and hip hop and more, all with respective venues to match. Circles form; faces from recent gigs becoming more and more recognisable in and out of stage lighting, bands discussed and recommended, the music scene of a city on the river slowly but surely bringing people together. Thereâ€™s a lot to write about.

The Rise and Fall of Everton Park’s Concrete Canvas 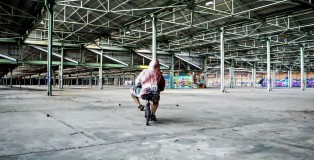 Four huge piles of dirt- when surrounded by more dirt- can often be hard to pick up on as a point of interest, despite being hidden away behind several hundred metres of barbed wire fencing.

Currently nestled in the middle … END_OF_DOCUMENT_TOKEN_TO_BE_REPLACED 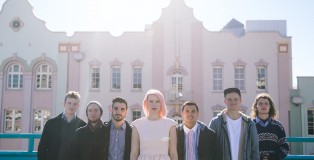 After winning the coveted Local Love CompetitionÂ run by Mx Newspaper, recording towards their debut EP and playing a host of shows in and out of Brisbane, the sky appears to be the limit for Inigo -a band that operates under a dizzying number of soul, pop and hip-hop influences.

END_OF_DOCUMENT_TOKEN_TO_BE_REPLACED 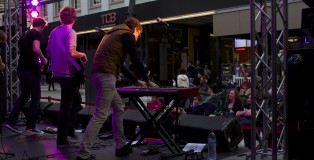 For those who in recent times have walked towards Ann Street and found that large green fences had somewhat restricted the flow of drunken club-goers travelling between Brunswick Street McDonalds and the nearby train station, you will be pleased to … END_OF_DOCUMENT_TOKEN_TO_BE_REPLACED