Downfall: How the Labor Party Ripped Itself Apart is Aaron Patrickâ€™s unflinching account of the ethical bankruptcy at the heart of Laborâ€™s woes.

Itâ€™s also a book with uncanny timing.Â  Between upcoming elections, buckets of parliamentary resignations and Juneâ€™s Shakespearean (albeit bloodless) coup, Canberra is less boring than ever!

Making the most of it all, Harper Collins have fast-tracked the release by several weeks, with Aaron launching the book at Brisbaneâ€™s Avid Reader on Wednesday. Honestly, their cover designer even had the foresight to include tiny arrows in Gillardâ€™s back â€“ life imitating art, or what? 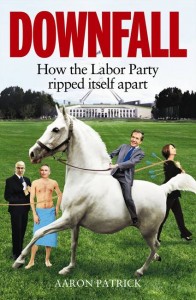 Something like this was always going to be written, of course. In 2007 Labor held power federally and in every state and territory; in 2013 itâ€™s lost the majority of states and territories, and faces a punishing last stand in Canberra. What went wrong?

I was fortunate enough to have a few words with the author: investigative reporter, senior journalist, and former Young Labor member â€“ Aaron Patrick.

CD: From a marketing point of view, are recent events in Canberra a dream come true for you?

Aaron: I think itâ€™s highly fortuitous… The book came out before there was a leadership change in the Labor Party. It just gave us the extra momentum we needed right at the start, and I think itâ€™s helped build buzz in the book.

CD: What kind of unethical behaviour does Downfall describe?

Aaron: I donâ€™t try to define ethics. I hope the reader will form their own views about whatâ€™s ethical and whatâ€™s unethical. But weâ€™re not just talking the normal kind of tough behaviour you see in any political party. Weâ€™re talking about possibly corrupt behaviour: spending union membersâ€™ money on prostitutes or getting yourself elected to parliament; serious allegations of sexual harassment of employees; doing deals with political allies to enrich beyond the dreams of any ordinary person.

CD: Are these problems particularly endemic within Labor?

Aaron: I focus on the Labor Party because itâ€™s been in power â€“ federally, as well as the states â€“ for a long time now. Thatâ€™s created a greater opportunity for unethical behaviour to show itself. I think there are good people and unethical in all political parties.

CD: Was being a working journalist a help or a hindrance in writing this kind of book?

Aaron: I think it was absolutely vital… What I tried to do was bring the journalistâ€™s eye for detail to a kind of dramatic writing ability. I wanted to make this book really fast-paced and enjoyable to read. In a way I was hoping it would read a little bit like a detective story, or even True Crime.

CD: Are there many opportunities for this kind of work in modern journalism?

Aaron: Itâ€™s a pretty tough industry at the moment, and itâ€™s hard sometimes in a 500 word news story to give a fuller picture of the dayâ€™s events – purely because of space constraints â€“ and thatâ€™s always been the case. So I think a book can certainly be vital in terms of understanding the political process and what really goes on. 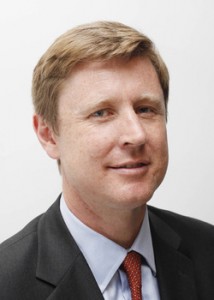 What: Launch of Downfall: How the Labor Party Ripped Itself Apart