Something wicked…ish, this ways comes. And it has all been happening at the Bean Cafe in Brisbane, with two nights left!

And the nights have included Four actors. Eight movies. Four nights of mayhem.
Usually known as Brisbane’s best underground nook for coffee and drinks, Bean Cafe has served up two nights of great horror classics (so far) that have been parodied by four actors to get us in the mood for Halloween! So be sure to expect some spooks and a lot of laughter with your friends.

These special shows will be including musical numbers, low-budget special effects and audience interaction. And to top off these nights, you just might get to shoulders with the cast before and after the show as they portray some of the greatest hams in the business and even score some signed head shots.

There are two nights left on the 18th October and the 25th. The film selections for these two nights are: 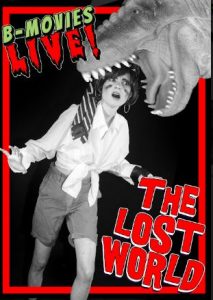 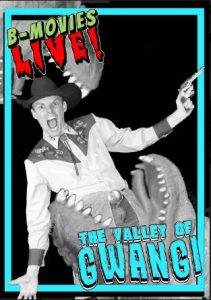 So be sure to grab your tickets for these two remaining nights. They are sure to be great nights for you and your friends.

Tickets includes one of Bean’s wide range of high-end beers, ciders and more – so you are highly encouraged to sample Bean Cafe’s range throughout the shows.

Be sure to check out this awesome fun event with friends for a great night out!