Baby with the Bathwater Throws Convention Out the Window

Brisbane Arts Theatre kick off the new year and their 80th season with Christopher Durangâ€™s absurdist comedy, Baby with the Bathwater.

At first glance, given the realist, pastel set and prominent, well-frilled crib, you could be forgiven for anticipating a straightforward comedy of manners. Baby with the Bathwater, however, quickly shows itself to be a rather different animal entirely.

The play opens as new parents Helen (Jess Wake) and John (John Bennetto) bicker over the bassinet of their (ungendered) baby. As the argument turns hysterical (and after a brief deployment of the strobe light) they are joined by Nanny (Katherine Morgan), a depraved Mary Poppins figure who sleeps in their bed and soothes the baby with asbestos-based toys. From here, things only get stranger.

Baby with the Bathwater is an intellectually provocative play. Its morality and its intentions are at times unclear, its style frequently muddy, and its full impact only truly felt several paces outside the theatre. This production further underscores all these complexities, leaving audiences a little baffled, but certainly thinking. 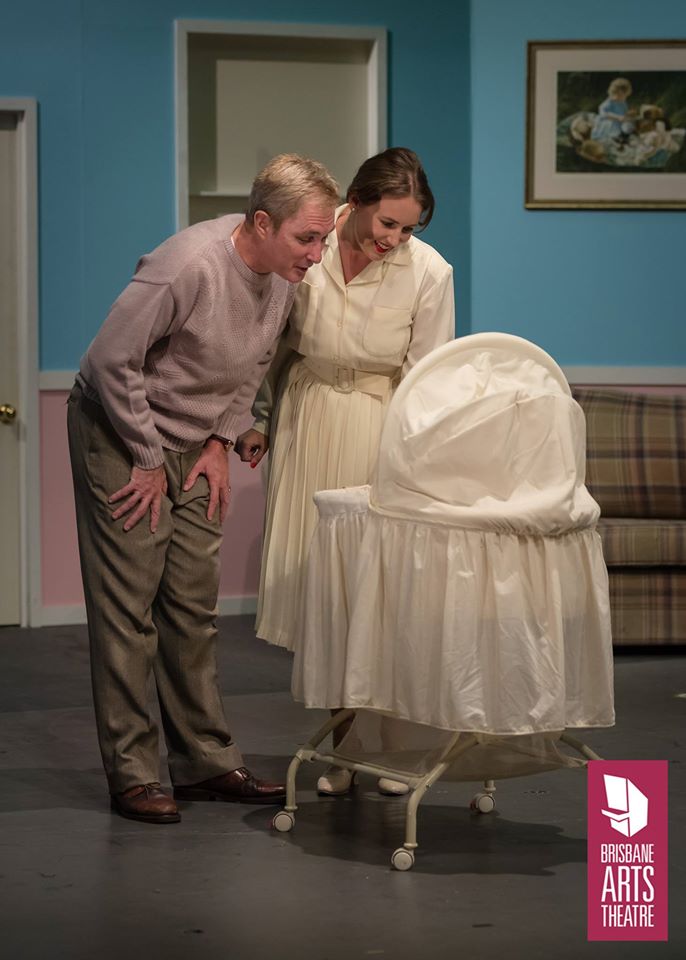 The Arts Theatreâ€™s take also includes a new interlude, added just after intermission. Seemingly removed from the main plot of the show, Jonathon Devitt (whose presence always signals a good comedic turn) leads several of the companyâ€™s alumni in a Noises Off style tumble through Coward, Beckett and Shakespeare as a hapless audience member unwittingly drafted into a dreamlike theatre-scape.

This brief retreat into classical farce goes down well with the audience, and, in fracturing the central narrative further, prepares them for the sharp uptick in absurdity that is to come. It also serves as something of a meta-comment on the show: Baby with the Bathwater is itself a bit of an uneasy alliance between Coward and Beckett. Thereâ€™s a little Hay Fever in the gentile setting, the family drama and the esoteric, quick-fire arguments; some Not I lurks in Helenâ€™s bizarre quirks, and Daisyâ€™s (Dylan Friedland) not-quite-personhood.

This production features the involvement of the theatreâ€™s acting workshop students, who surely couldnâ€™t have landed themselves a tricker fish. For the most part, the material has been dealt with well, and though it sometimes lacks the clarity and precision of delivery needed to make Durangâ€™s deeply unlikeable characters shine, there are many moments of sparkling success. Baby with the Bathwater is a masterclass in Durangâ€™s particular brand of absurdism, and like any work of the genre, leaves audience puzzling out its intricacies long after leaving the theatre.

What Baby with the Bathwater

For more information or to book tickets, head to BATâ€™s website here.

The sum of a tradition – an interview with Ryan Francesconi