Just before their ‘On My Own’ single tour touches down in Brisbane, we caught up with Alex from the punk-rock band Bakers Eddy.

“Bakers Eddy formed in 2009 while we where in high school, from skating and not going to class and doing all the delinquent stuff. I joined the band in 2011, because I was hanging out with them anyway and then I thought I may as well pick up a guitar and learn the three-chord songs they were playing and now we’re in Melbourne!” 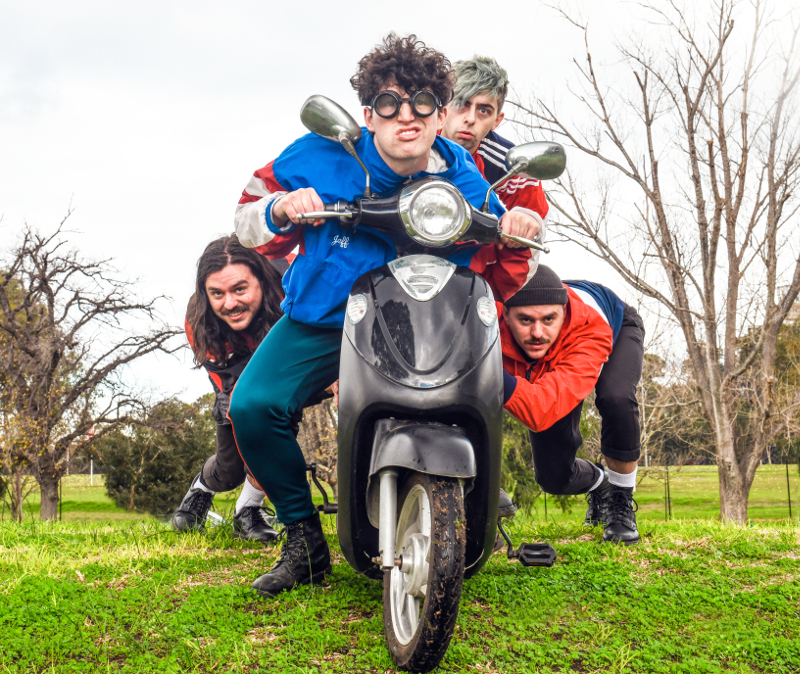 It’s not hard to see how that origin story has formed a brotherly bond between the four – and not just between twins Ian and Alex.

“We definitely figured out how we work together better. Just the ins and outs of each person, what keeps and what gets the best out of someone. The dynamic has just gotten stronger, really.”

But, like any brothers, Alex still says “They’re all dickheads.”

So what should you expect from Saturday night’s show at Crowbar, we hear you ask? Well, Alex says, “You can expect us to be very much up on top of our game because we are professional, we take things so seriously. It’s going to be very inclusive, very fun, very intimate and lots of energy and lots of dancing. ”

While they might sound a little dysfunctional, on stage, Bakers Eddy couldn’t be more coherent – having dazzled audiences with their Unearthed-awarded set at Falls Festival ’18-19 in Lorne, BIGSOUND sets, and the ‘Can’t Afford It’ tour, earlier this year. And as much as Alex says “being stuck in a van for 12 hours with the boys, the smelly boys” is a highlight, what really stands out to the band is “just going to each venue and playing our songs in front of people who give a shit about live music.”

With releases and shows on the horizon in 2020, we hope you’re Bakers ready for more Bakers Eddy, because they’re showing no signs of slowing down.

And if the band could pass on one message to punters?