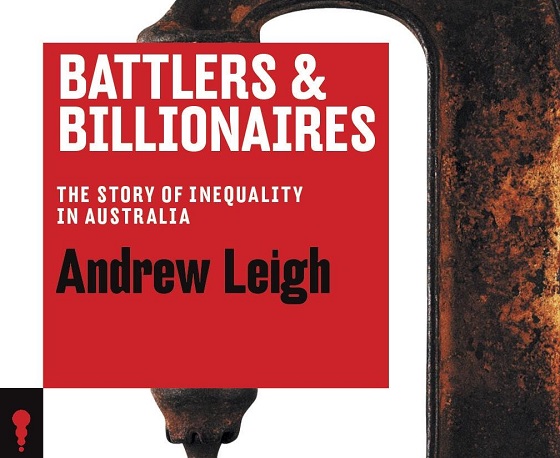 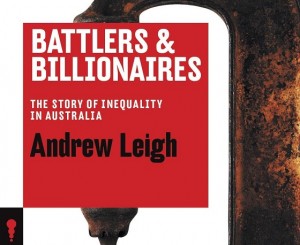 Australian publishers have shifted into high gear as this yearâ€™s federal elections loom closer. Rants and tracts, diatribes and manifestos â€“ political books are hitting shelves like bicameralism is going out of fashion.

This week, Avid Reader hosts the Brisbane launch of Andrew Leighâ€™s Battlers & Billionaires: The Story of Inequality in Australia. With wealth disparity once again on the rise, the lucky countryâ€™s famed (and therefore largely apocryphal) â€œfair goâ€ could be facing extinction.

Of course, thereâ€™s an obvious political agenda to any book from a sitting politician. Itâ€™s basically an old fashioned literary shot across the political spectrum â€“ and perhaps across the country, from beige Canberra to Queenslandâ€™s own billionaire-magnate, Clive Palmer.

But Leigh also wears another hat (square and black) as former professor of economics at Australian National University. Itâ€™s this academic bent he hopes will see the book transcend party politics, drawing focus to an issue neoliberalism was supposed to silence forever.

I braved ASIO for a short interview with federal Labor MP Andrew Leigh.

CD: Why is inequality on the rise in Australia?

Three big factors: technology and globalization raising the wages of superstars; reductions in top tax rates which help those at the top of the distribution; and decreases in union density.

CD: Whatâ€™s at stake if nothing is done to curb inequality?

Too much inequality is fundamentally at odds with the Australian egalitarian spirit â€“ calling one another mates, not tending to tip, sitting in the front seat of taxis, and not standing up when the prime minister enters the room. 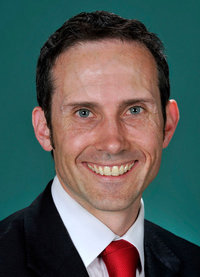 CD: This is the first in a new series of â€œbig issueâ€ books from Melbourneâ€™s Black Inc Publishing. Â Can you tell me how you got involved in the project?

I pitched a quarterly essay to Black Inc; they didnâ€™t think this worked as a quarterly essay, but they wanted me to do it as a book. In retrospect Iâ€™m very glad they did. It works much better at 50-60,000 words than it would at 25,000 words.

CD: Given your background, is it difficult writing this type of book in an accessible way?

Thatâ€™s a big challenge â€“ tapping into the stories as well as the statistics.

CD: Do federal MPs actually have time to read books?

Yes, I think the travel demands of the job provide quite a lot of reading time for my colleagues. I represent a seat in the ACT so I do less travelling than probably any member of the federal parliament.

When I speak to my colleagues they say thatâ€™s one of the things they enjoy about having to fly a bit â€“ just being able to get through a lot of books.

What: Andrew Leigh launches Battlers and Billionaires: The Story of Inequality in Australia.

Depo is more than a restaurant; itâ€™s a space for collaboration

James Street with a twist of Limes