The Beautiful Lie - A Modern Tolstoy

The Beautiful Lie, the latest entry into the lucrative Australian television market, examined the contemporary struggles and temptations born out of everyday life of three interconnecting families.

The ABC six part mini-series sees Sarah Snook as the central character Anna Ivin, a retired tennis star. Snook is memorizing, wearing the weight of the world in a single shift of her eyes and heartbreak in a forced smile.

Alice Bell (The Slap 2011, Puberty Blues 2012â€“) and Jonathan Gavin (Offspring 2010â€“) penned this re-imagining of Tolstoyâ€™s doomed Anna Karenina.The creative decision to use sporting legends connects deep with the Australian psyche and quenches the thirst for relatable characters and local stories. Anna was living the perfect life â€“ a loving husband (Rodger Corser), a beautiful child and a privileged lifestyle. However it became apparent to the audience that perfection is an illusion for uncertainty. Benedict Samuelâ€™s Skeet complicates matters, meeting Anna under circumstances that force an instantaneous bond between the characters. Youthful, unpredictable and totally devoted to her, Anna found herself experiencing the opposite of her home-life and gave into the fantasy of a relationship that seemingly echoed the nature of â€˜soul matesâ€™.

However Snookâ€™s narration reminded audiences that this story of passion was also one of heartbreak and tragedy. A fleeting moment between two people that initially shone brightly but then dissipated, similar to the light flare special effects utilised.

â€œLove is just like people. Love is born, it grows, it changes, it dies.â€ â€“ Anna Ivin. 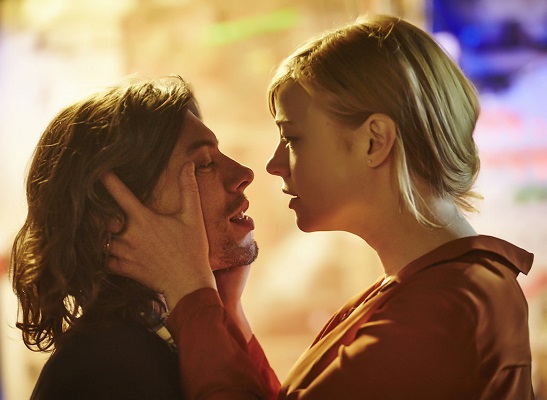 Shot on location in Melbourne, the traditional, stain-glassed architecture combined with the modernity of urbanisation was the perfect setting to symbolise the coming together of two different literary worlds.

Supported by Film Victoriaâ€™s Victorian Drama & Comedy Initiative, The Beautiful Lie proved a beautiful story and high-end drama could be made on a budget.